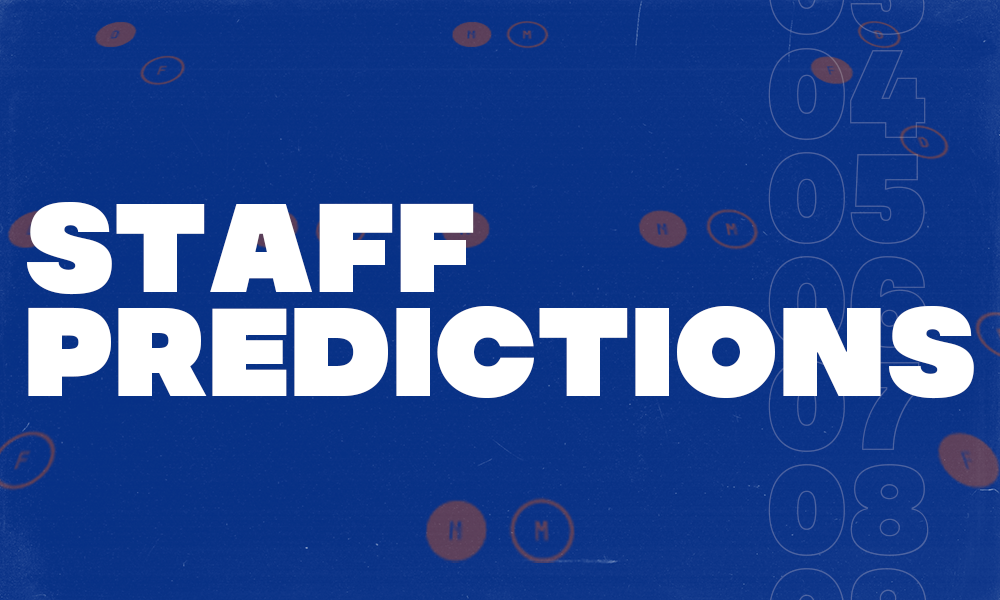 The outlook for the Orange & Blue has changed mightily in the past few weeks after the departure of Ron Jans with many pundits giving little hope for their 2020 outlook. It is time for the staff of Cincinnati Soccer Talk to weigh in and offer its prognostications for the upcoming FC Cincinnati season.

FC Cincinnati will put an end to their eventful offseason this weekend in its league opener at the New York Red Bulls. The outlook for the Orange & Blue has changed mightily in the past few weeks after the departure of Ron Jans with many pundits giving little hope for their 2020 outlook. It is time for the staff of Cincinnati Soccer Talk to weigh in and offer its prognostications for the upcoming FC Cincinnati season. Some of our predictions may surprise you. Enjoy!

Thank goodness that nearly every team in the East is dealing with major question marks. In this week’s podcast, I likened the season to Big East basketball. Most teams will beat up on one another, with few really outpacing the rest of the field. With the elevated talent level in attack, FC Cincinnati has the ability to take points from every match. I don’t think we could have said that last year. Adding Greg Garza to the backline will be a monumental help with him being part of the group that conceded 1 goal in 4 matches in which he played to end the season. The goals will come, the team just needs to be close on the table to begin a playoff march in the Summer. I believe Jurgen Locadia will be a long term FC Cincinnati player and he will go a long way to bringing success to Cincinnati.

Predicted Finish: 12th Place
I have a hard time seeing who FCC will finish ahead of other than Montreal. An off-season of turmoil and late signings who will take time to assimilate into the team will cause a slow start. From there, I just don’t know where the leadership in the locker room will come from to stop the slide and right the ship. The right head coach hire could change that of course, but absent of knowing who, or when, that will happen leaves me pessimistic. I do believe, however, even with the low finish, the goal differential will be much better, giving us hope heading into 2021.

Predicted Finish: 5th Place
Ron Jans’ resignation has clouded what was otherwise a brilliant offseason for FC Cincinnati. Jürgen Locadia is one of the most valuable players in MLS right now and could easily finish Top 5 in goal scoring this season. General manager Gerard Nijkamp brought in two more veteran DPs (Yuya Kubo and Siem de Jong) that will help Locadia revolutionize FCC’s attack. With Haris Medunjanin pulling the strings next to a more confident Allan Cruz, the offense will create a lot of chances. As for the defense, a healthy Greg Garza and better depth at all four positions change everything. People may question Yoann Damet, but they shouldn’t. He may be young, but he’s a smart manager and he knows these players. With this talented roster, he can compete in MLS. The East is wide open this year, and the Orange and Blue will take advantage.

Predicted Finish: 11th Place
It’s Crazy to put FCC in 11th because a week ago I had it floating in the 8th-9th range with a chance to sneak into the playoffs. However, this past week has literally taken the hope I had for the season and wrecked it. How I feel matters very little, but the team appears to be in a tailspin because of the recent events. Due to those events, team chemistry has taken a hit. I think FCC will struggle out of the gate and will not provide the early results needed to have hope for the playoffs past July. Will Locadia stick around past his loan (July)? At this point, I am looking for FCC to be competitive and reigniting my passion for the club, not exactly the expectation you want fans to have after the team spent good money on new acquisitions. I hope I am wrong and will happily accept that, but I fear FCC needs someone to right this ship and it is not here currently.

Predicted Finish: 10th Place
On paper, this team has the talent to compete for the playoffs but with this offseason being a complete and utter gong show, I think it might be too much to overcome. Nijkamp has done an amazing job in overhauling this roster to compete so the nightmare of last season will certainly be in the rearview mirror.

Predicted Finish: 12th Place
FC Cincinnati was already a little behind this preseason piecing the plan together and then lost the head coach. I think the Eastern teams that have chemistry and years of experience will dominate Cincy early with the Orange and Blue catching up as the season goes along. The Wildcard is the new FC Cincy attack. I believe in that attack and if it comes out at 100% and the defense can hold strong then my prediction would be shattered. However, I don’t see 100% effort coming right away. Prediction: FC Cincinnati is last in the league halfway through the season and then digs out a spot or two.

Predicted Finish: 1st Place
FCC is going all out and sweeping the awards table. With a list of players coming over from Europe and last year in the back of their minds, this team will be filling the new trophy cabinet in Milford. With 28 goals you’ll see Locadia lead the team with MLS MVP and the golden boot. Seventy-five points will be enough to take Cincinnati from Wooden Spoon to Supporters Shield, and we’ll see one of the most dominant MLS Cup performances in a long time that will end in the Orange and Blue lifting the Cup and Yoann Damet earning the full time spot for years to come.