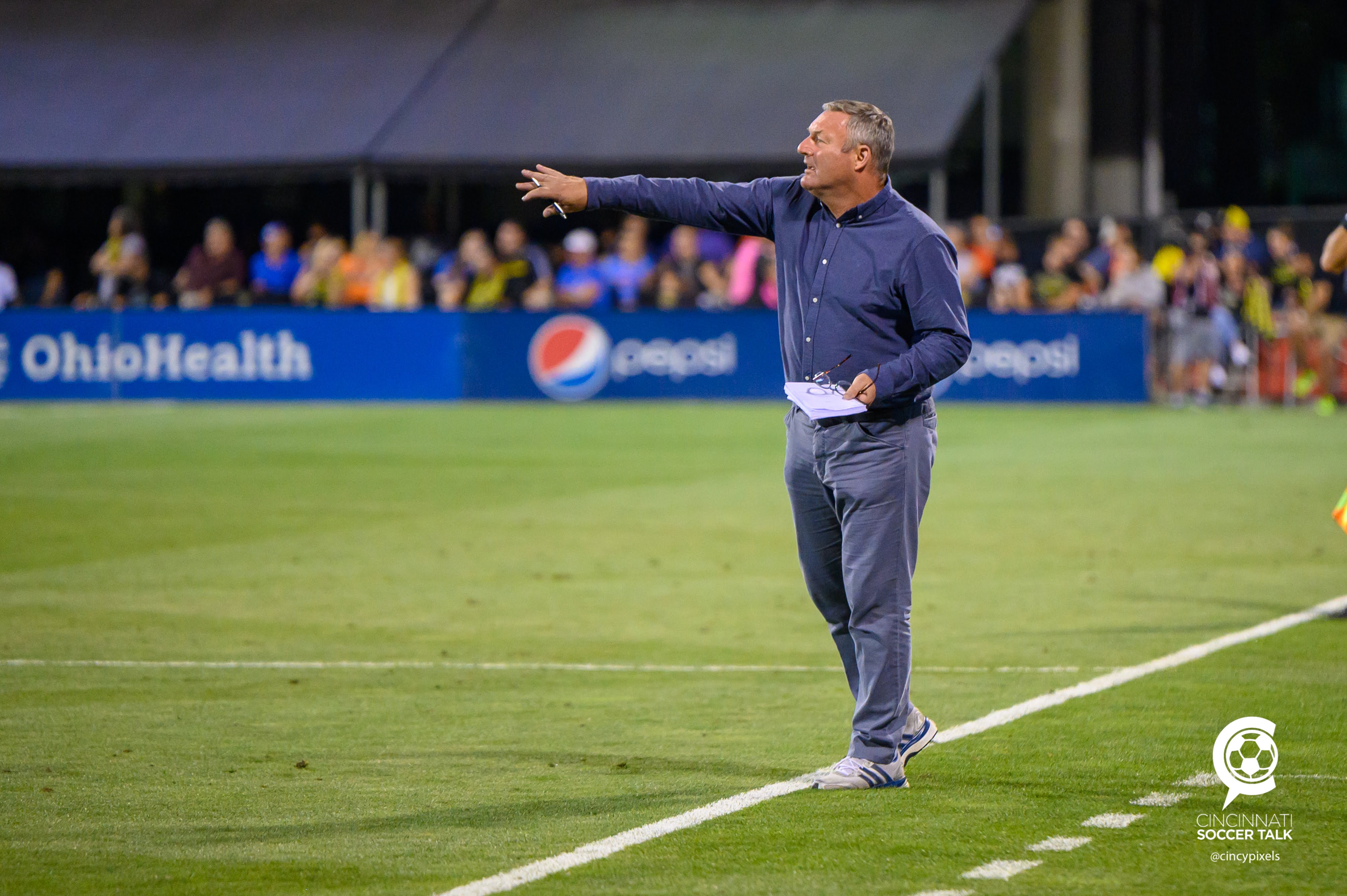 FC Cincinnati announced that Ron Jans has resigned 197 days into his appointment as head coach. His resignation comes as he was recently accused of having used a racial slur in the locker room with players present.

A complaint was brought to the Major League Soccer Players Assoc. (MLSPA) with the union and the league launching an investigation into the matter. According to a story in The Athletic, that when confronted over his use of the term, Jans claimed he was quoting lyrics from a hip-hop song.

“As Major League Soccer’s investigation unfolded and some themes emerged, Ron offered his resignation and we agreed that it was the best course of action for everyone involved with FC Cincinnati,” said president Jeff Berding in the club’s press release.

“We place the utmost importance on a strong culture within our club, beginning in our locker room, and that every person connected with FC Cincinnati feels valued, respected and trusted. Racial and cultural diversity is a major part of what makes the game of soccer so special, and we place the highest priority on respecting every person involved in our game. This includes absolutely everyone associated with our club, from our locker room and front office, all the way through to our fans,” Berding said.

Jans addressed his decision in a separate statement to the media.

“I really want to thank everyone at FC Cincinnati. I had a really great time in Cincinnati and with the club, with the staff, players, owners and fans. Especially the fans. I’m really sorry our story ends like this. But even if I were to return, there would be too much damage done to be able to move forward successfully. I want to wish the club good luck in the continued building of FC Cincinnati to the next stage.”

Yoann Damet will serve as the club’s interim head coach while General Manager Gerard Nijkamp begins the international search for a new head coach. This will be Damet’s second stint as head coach. He was named interim manager last May when FC Cincinnati moved on from Alan Koch.

Update: 2:29pm- MLSPA Executive Director Bob Foose commented on the fallout of Ron Jans’ resignation and statements to media outlets about the situation.

“The pattern of conduct of the former FC Cincinnati coach fell far short of acceptable standards, and created an untenable and unfair working environment for our players…”

“…At the same time, we have been incredibly disappointed by the attempts to manipulate the public conversation over the last few days with false narratives and strategic leaks to the press. For example, the narrative that the conduct here involved singing along to song lyrics is completely false, despite the former coach’s recent assertions. Also false is the narrative that a complaint was filed by any particular player or players. These intentional falsehoods have added to the toxicity of the atmosphere and encouraged further, deplorable abuse of players. ”

The full statement is available below.