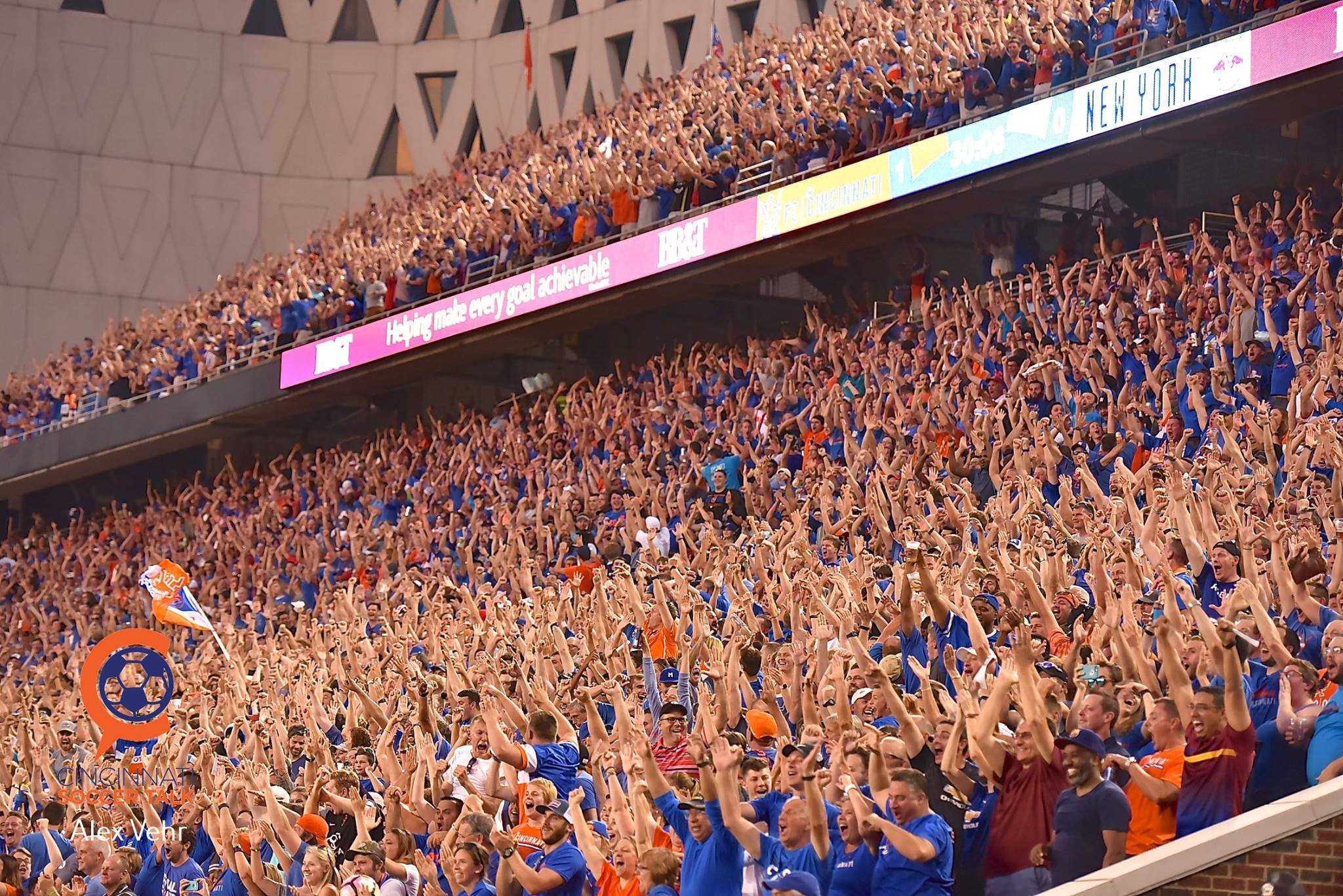 Who might take over as FC Cincinnati’s coach after Ron Jans’ resignation on Monday? Here are some possible candidates.

FC Cincinnati will begin the search for its fifth head coach in its short history after the resignation of Ron Jans on Tuesday. By all accounts, general manager Gerard Nijkamp will begin an international search for the position immediately, with Yoann Damet stepping up for his second term as interim head coach. Here is a list of managers FC Cincinnati could look at to lead their squad.

The Spaniard led New York City FC to the top of the Eastern Conference standings in 2019 but left the club after crashing out in the conference semifinals of the MLS Cup playoffs. A lot of European soccer fans will recognize this name after serving under Pep Guardiola at Barcelona, Bayern Munich and Manchester City from 2007-2018. Bringing in Torrent would make a lot of sense as he is familiar with the league. He wouldn’t be behind the 8 ball learning new coaches, players, systems and league-wide travel. His tactical setup also aligns with what Nijkamp and FC Cincinnati would like to do as he wants his teams to focus on pressing high up the pitch and playing short, quick passes out of the back. One of the reasons he left NYCFC was he felt the management wasn’t proactively investing in the club after David Villa left. Add in his team had to play in the small confines of Yankee Stadium, and you could see why a coach of his pedigree departed from that club. While FC Cincinnati is still on the rebound, it would provide Torrent some of the key pieces he was missing in New York. The ownership of FC Cincinnati has signaled its interest to invest in the club by signing high profile players like Jurgen Locadia, building a 26,000 seat stadium in 2021 and opening up a $40 million practice facility late last year. The tug of returning to Europe could be strong on Torrent, but he has to be one of the first phone calls Gerard Nijkamp makes in his search.

If FC Cincinnati wanted to make a splash in the international market, it could lead them to Marc van Bommel. The former dutch great is just 42 and is just starting his journey as a manager. He brings in a cache of playing experience and success (2006 Champions League- Barcelona) that would immediately garner the respect of the locker room. His coaching career started off well, leading PSV Eindhoven to second place in the Eredivisie in the 2018-2019 season, falling just three points below an Ajax side that reached the Champions League semifinals. Struggles arose this season when PSV, struggling in fourth place, crashed out of the Champions League at the play-off round before failing to qualify from its Europa League group. Van Bommel also employs a similar tactical setup that FC Cincinnati has built. He utilized the 4-3-3 generally but rotated in a 3-5-2 or a 4-4-2 at times. He would be familiar with Locadia having played together in 2012-2013 and could find the prospect of reuniting with the forward as exciting. It is not known if van Bommel has an eye towards the states. He has been rumored recently with the Hertha Berlin job recently vacated by Jurgen Klinsmann.

Here is your “over the moon” signing. Bringing in a coach like Guus Hiddink would be on par with Atlanta United when it brought in Tata Martino. Hiddink would have the respect of every player and coach in the league. At 73, he might not be a long term candidate for the role, but if he could give the club a good year or two, it would help set the path forward for the next five-10 years of the club. He would help set aside any tactical worries that might be out there, and he has plenty of experiences piloting teams through tough situations (2015-16, Chelsea). Would FC Cincinnati want to go with a possible short term situation here? Possibly. Jans’ original contract ran through the end of this season, and this could potentially set up another move to bring in another “splash” managerial signing when Huddink’s time at the club wraps up.

If high profile European candidates fail to materialize, you could see FC Cincinnati look at former U.S. men’s national team striker Conor Casey. Casey was put in charge of the Colorado Rapids on an interim basis when Anthony Hudson (0-9-2, 2 points) was dismissed in early May 2019. He left in late August after going 7-7-4 (25 points) in the role and set the path that saw the club fall just six points short of the playoffs with 42 points. He now has experience turning around a club in a troubling situation, but you’d think a signing like this would fall short of the grand aspirations FC Cincinnati has set for itself.

After struggling as head coach of Orlando City, James O’Connor is back in Louisville City FC as Executive Vice President of Development. Not saying this signing is likely, but club president Jeff Berding has to remember all the years in the USL with Louisville seemed to have the upper hand, at least tactically. This move would also be in doubt due to the bad blood between the organizations, especially from the Djiby biting scandal. It is tough to imagine FC Cincinnati fans accepting O’Connor with open arms after antagonizing the fanbase for years. But it is an interesting scenario and one to keep an eye on. I personally believe O’Connor’s coaching days aren’t behind him, and I’d love to see what he could do with a well-funded roster and front office behind him in MLS.

The former Manchester United center-back could be a wild card in this process. Stam worked under Nijkamp at PEC Zwolle in 2018/19 but departed prematurely to manage Feyenoord for the 19/20 season. During his time at the helm of one of the top 3 clubs in the Netherlands, the 47-year-old struggled in the league, sitting in 12th place in the Eredivisie at the time of his resignation in October. He had a period of success at his first managerial job at Reading, leading them to the promotion playoffs in 2017. However, in Stam’s second season, the Royals were sitting in 20th on the table at the time of his dismissal. Another shining moment was when he arrived at Zwolle. He rallied the group who was facing relegation to a 13th place finish. There have been rumors of friction between Stam and the leadership of Zwolle dealing with the club’s spending habits. It appears they may have resolved issues by the end of that season with both parties offering pleasant thoughts of one another at the end of the season.

The front office of FC Cincinnati has to give Yoann Damet strong consideration for the role in 2020. The club is days from the start of the season, and signaling continuity at least with part of the coaching staff should keep the club heading in the same direction. Judging Damet on his results from 2019 is patently unfair. That squad suffered from tactical, structural and talent deficiencies many coaches couldn’t cover up. By most regards, Damet is a budding head coaching prospect. He has been a loyal soldier to this organization and has been instrumental in the preseason build-up of the squad. Plugging in Damet for 2020 gives the front office time to make a big splash heading into the new stadium to capitalize upon. The big question they have to ask themselves is how new arrivals like Locadia, Yuya Kubo and possibly Siem de Jong would respond to the 29 year old without the backing of a long term deal.