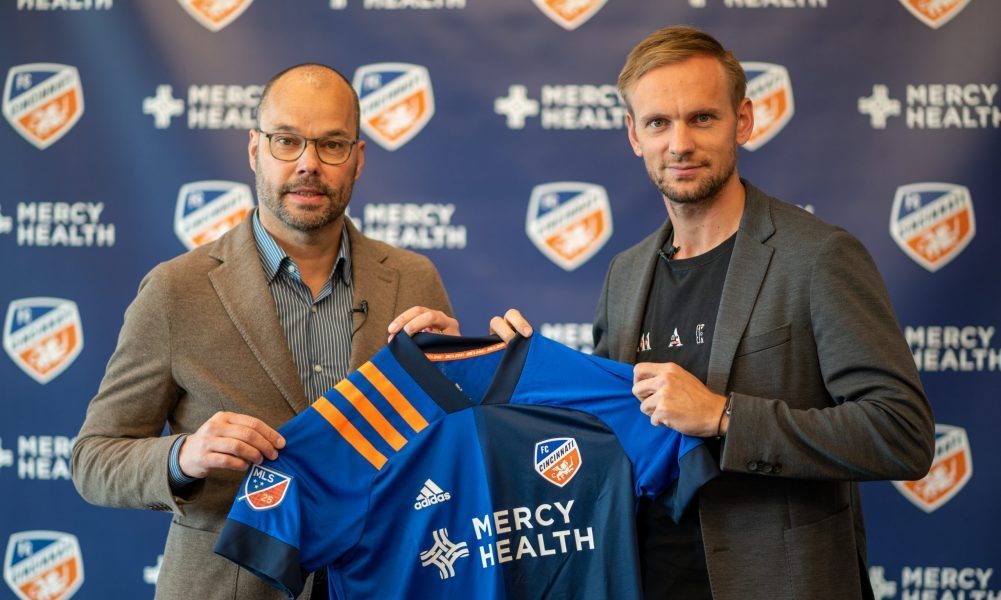 “For me, when FC Cincinnati presented their plan of how the club is growing and how they want to build the team here in the upcoming years, I felt this would be a good experience for me,” said de Jong in the club’s press release. “Hopefully, I can help the club and the players to build something special here.”

De Jong made his debut for Ajax in 2007 quickly becoming irreplaceable in the squad. He would go on to win four Eredivisie titles with Ajax amassing 277 appearances in two stints with the club. Altogether, de Jong scored 88 goals and notched 52 assists for Ajax across all competitions.

He moved to Premier League club Newcastle United in the Summer of 2014, but struggled to find consistency so common in his time at Ajax due to a slate of injuries. De Jong featured in 18 Premier League matches for the Magpies the following season, however, most of those appearances came in a substitution role.

De Jong moved on loan to PSV Eindhoven for the 2016/17 campaign following the relegation of Newcastle the season prior. The playmaker would feature alongside newly signed Cincinnati Designated Player Jürgen Locadia that season forming a bond that may have helped in his move to the Queen City.

“I spoke to him, sent a text before,” said de Jong during the press conference. “So I asked him how he thought it was. He was really positive, said it was really nice. He said the team was looking good.”

In a moment of humor, de Jong mentioned an exchange with his former teammate, “I said to Locadia as well, you are wearing my number (10), can I have it? He didn’t want to give it, so that is why I texted him as well. I knew him before I even played with him. He is a good guy.”

Siem de Jong was listed on the club’s initial press release as to be wearing the number 11, formerly worn by forward Darren Mattocks.

De Jong signed back with Ajax for the 2017/18 season before a season-long loan with Sydney FC of the Australian A-League. He returned to Ajax for a brief period prior to his move to Cincinnati.

The playmaker should provide a bit more certainty in the clubs’ midfield. Interim coach Yoann Damet is expected to employ a 4-3-3 formation where de Jong should fit in above Allan Cruz in a more attacking role. Expect de Jong to provide an outlet for deep-lying playmaker Haris Medunjanin in an effort to link the play from back to front.

This move should also provide a great opportunity for youngster Frankie Amaya . The first pick in the 2019 SuperDraft will have a chance to learn from a creative midfielder who has played at the top levels of the game including a Champions League start vs. Bayern Munich. Hopefully, de Jong can help mentor Amaya in ways where he can excel in the Dutch 4-3-3 in an effort to prepare Amaya for the future as the clubs #10.

When asked about the selection status of the club’s newest signings, Nijkamp offered that Yuya Kubo and Adrien Regattin are in their home countries finishing their work visa paperwork. Jurgen Locadia and Siem de Jong will return to the Netherlands on Thursday for their visa process. The general manager expects Kubo, Regattin, and Locadia to be available for NYRB on March 1st with de Jong available after.

FCC has yet to decide how de Jong will fit into the roster budget. The club could opt to declare him as a Designated Player or could use Allocation Money to minimize his charge. Cincinnati has until the 28th of February to make their decision. As it appears, should de Jong remain with the club in the future, his max salary budget charge offers flexibility to the club as he makes below the $1.5 million ceiling set by the league for buy-down eligibility.

De Jong, 31, will occupy an international roster spot and be added to FC Cincinnati’s 2020 roster upon the receipt of his International Transfer Certificate and P1 Visa.