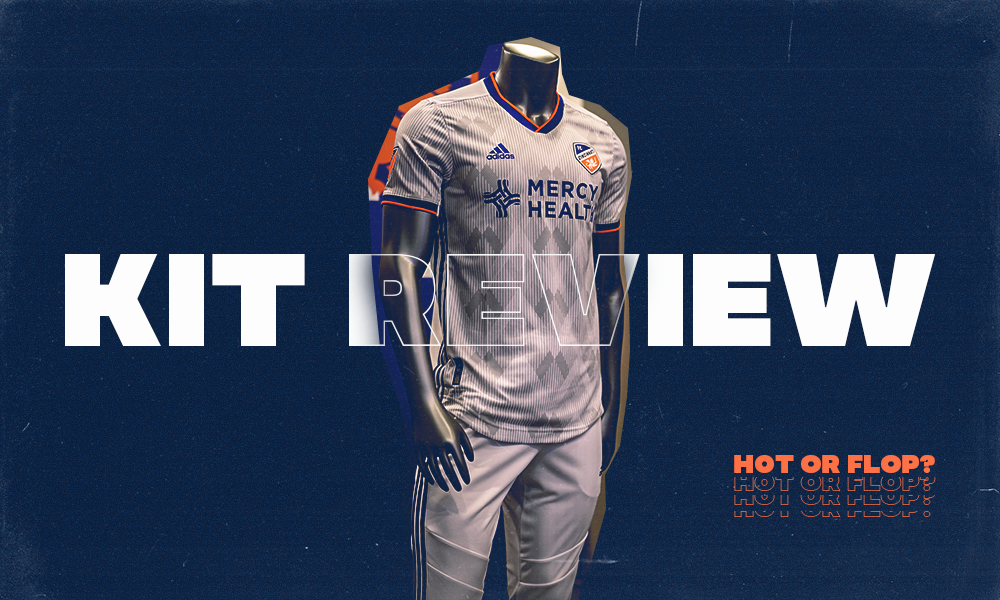 Jacob Clary has plenty to say on FC Cincinnati’s 2020 goalkeeper kit and the leaked home kit.

It’s getting towards the tail end of the offseason, meaning even more jerseys have been revealed. In the past couple of weeks, we’ve seen the reveal of the goalkeeper kit and leaks of the 2020 primary kit. First, we’ll go over the primary kit.

Oh boy, I have some things to say about this. I have put the kit below for you to look at before you read my opinion on it.

So, it sucks. Straight up. It’s probably the worst kit FC Cincinnati has ever had. But, let’s break it down to have a good laugh at the kits FCC will be wearing for the 2020 MLS season.

The most obvious, and ridiculous, part of the kit is the color break. I absolutely hate how the color just changes midway through the middle of it. If it did something like a gradient, where the color changes progressively, that would have been much better.

The next awful thing about the kit is the shoulder coloring. The left shoulder is the same blue color, but then the right shoulder with the orange stripes isn’t dark navy. I’m not saying it would have been better if it was, but the way it looks now it just feels off.

Another thing about the right shoulder is the Adidas stripe. I don’t like how that striping and the words on the front of the jersey are different colors. This is similar to the previous gripe where I’m not really sure changing it might have made it better, but as it is now I really don’t like it.

Overall, this is one of the worst, busiest and most disappointing kits I’ve laid eyes upon. If only the FC Cincinnati team last year wore these kits. They would have worked well together.

I’ve always thought goalkeeper kits were a great way to get new ideas into a jersey because if it doesn’t work, it’s not very noticeable. Only one player is wearing it on the field at the same time. However, if it works you look like a genius. Let’s see if these are on either end of the spectrum.

I have put the tweet from FC Cincinnati above, so you guys can get a good look at what I’m talking about. First things first, I love orange. I may be a little biased — OK I am — but I love the use of it here. I like the shade of orange. If anything I wish it was a little darker but overall that’s just a minor pet-peeve.

Next is the side of the jersey. If you look very close you can see there’s a kind of pattern on it and I think that’s very interesting and makes it stand out. I also really like how the stripe lines up with the three stripes on the shorts.

Following that concept are the three stripes on the shoulder. Overall, this is something we’ve seen before many times. That makes me not like this part of the kit. The only thing about the accents that I actually enjoy is that they’re black. I love the orange and black color scheme, so at least this jersey has that going for it.

Last is the collar. To be honest, I don’t even know what the jersey is going for here. It’s a mix between not having the polo collar and also having one. Unlike I think literally everyone else, I like the polo collar on jerseys. However, I really don’t like the concept of that on this one. They’re trying to be in between, and I really wish they’d just picked one.

Overall, this jersey has a cool beginning but after I took a longer look at it, it started to go down in quality, unfortunately.