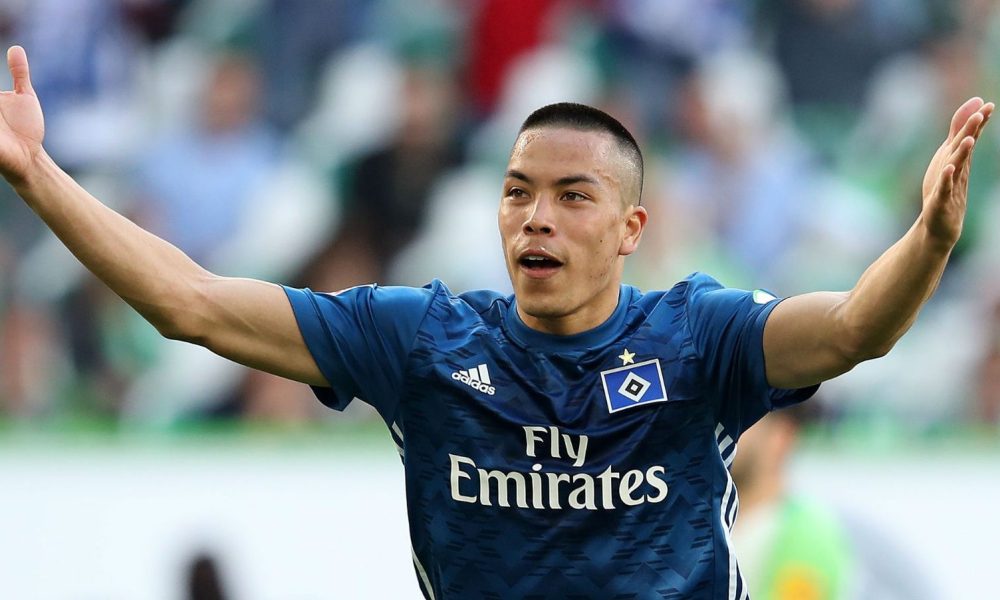 German publication, BILD, is reporting that current Hamburger SV & USMNT forward Bobby Wood is close to a deal with FC Cincinnati. Wood, a Hawaiian native has been out of favor with the 2. Bundesliga side in 2019/20 after spending the 2018/19 season on loan at relegated club Hannover.

The 27-year-old has been rumored to join MLS clubs in the past, however, BILD is reporting Wood’s agent Volker Struth may be traveling to the US this week to finalize the deal with Cincinnati.

According to SoccerAmerica.com, Wood is on a contract worth more than $3 million per season ending in the summer of 2021. The initial BILD report states that Wood and the Hamburg side could dissolve their contract which may allow the forward to move on a free transfer to America. There has been no word on if Wood would fill a Designated Player slot, but he should easily fill a TAM role based on his past experiences in the German Bundesliga.

The Hawaiian elevated his standing in US circles that summer in two friendlies vs. the Netherlands and Germany. Wood came on as a sub in both matches and scored in each of the US wins. He turned that form into a great 15/16 season with Union Berlin during which he scored 17 goals in 31 league matches.

Wood played in that Summer’s Copa America Centenario starting in 5 of 6 matches for the US, scoring once. His success for club and country led to a move to Bundesliga club Hamburger SV for a transfer fee near $4.5 million.

In his first season at HSV, Wood scored 9 times in 32 appearances across all competitions. That season the Hamburg club would finish in 16th in the Bundesliga, one point above the relegation spot.

In the Fall of 2017, Wood suited up for Bruce Arena’s US side in their last two CONCACAF World Cup Qualifiers. Wood scored in the first match vs. Panama, but was kept in check in the defeat to Trinidad & Tobago seeing the US fail to reach the World Cup.

Wood would go on to experience more troubles that 2017/18 campaign, only scoring 3 times in 23 appearances for HSV. Even though Hamburger SV was relegated that season, Wood found his services needed on loan at Hannover 96 for the 2018/19 season.

He began on the bench in Hannover but then started 10 of 12 matches between October and early January, scoring 3 times. A scoring drought after the festive break saw Wood relegated to the bench followed by a knee injury in March which would sideline him for the remainder of the year. Hannover would go on to be relegated finishing 2 points above Yuya Kubo’s FC Nurnberg.

The striker returned to his parent club in 2. Bundesliga for the 2019/20 season. Due to a lack of form and a preference in other members of the squad, Wood has only logged 152 minutes in all competitions this season. Hamburger SV recently brought in Joel Pohjanpalo of Bayer Leverkusen, seemingly freeing up Wood for a move.

While Wood was a consistent presence on the US Men’s National Team under Jürgen Klinsmann, Bruce Arena, and Dave Sarachan from 2015-18, he has yet to feature in a match for coach Gregg Berhalter.

Can He Regain His Form?

Wood by all accounts needs a change of scenery and a boost of confidence. He has suffered periods of low confidence in the past and in an ESPN article, credited Klinsmann for helping him push through. “I believe that if Jurgen had not been the U.S. head coach,” said Wood, “I might have quit football or would have played somewhere in the fourth tier.”

“I was in a deep hole at the time, it was really difficult. But Jurgen Klinsmann in that situation cast the line so I could get out again.”

New FC Cincinnati head coach Ron Jans will need to inject his bubbly personality into the striker and help him regain the confidence to return to his prior levels at Union Berlin and with the US. Having a coach of his experience should be attractive to Wood.

A big question will be the status of his knee injury that kept him out in the Spring of 2019 and the beginning of this season. He has been injured several times in his career, but that injury was the first of any long duration (missed 8 matches).

As reported, Wood is earning over $3 million in Germany. That would be hard for any MLS team to stomach with such a current lull in form. If Wood can get out of his contract and move to Cincinnati on a free transfer, look for the Orange and Blue to pay him above the max contract.

While most FCC fans have shared their desire on social media for Wood to be paid in the TAM range, (approx. $530K – $1.5 million), he could conceivably be considered a Designated Player. It would be advantageous for FCC to get him on a salary below $1.5 million as they could use TAM to buy down his deal and keep a DP spot open.

Bobby Wood is also currently not on the MLS Allocation list. FC Cincinnati should be free and clear to sign Wood, unless another MLS club possesses his Discovery Rights.

There are still many unknowns at this point, however, FC Cincinnati GM Gerard Nijkamp could be using the same strategy in acquiring Wood as he did with new DP Yuya Kubo. He is finding talent in their prime (Wood, Kubo), who have experienced adversity in the past 18 months and finding ways to bring them to the Queen City at below market value.

Personally, I think Wood has the talent to score in MLS. Defenses in the Bundesliga are substantially more difficult than in MLS and Jans will do everything in his power to provide Wood chances to score. Yes, he isn’t in form, but having 25,000 very forgiving fans in your corner is something that can help get production out of players.

Wood will likely be a big figure on the squad, but hopefully, be a piece to help a big-time signing. Should FCC provide him with additional support, I could see Wood scoring 10-15 goals in MLS for the 2020 season.

IF we get him on a free transfer, I love this signing. If we have to pay, I hope we have an out for his contract early. Wood has always been a streaky player, but if he’s on fire, he has the chance to be a top 8-10 scorer in this league. He’s got talent. He also has the work rate necessary for the high press. Can his knee hold up?

Wood is not a clear cut “rockstar” signing, but he fits the profile of many Designated Players in this league. Many come in around 27 years old, have shown moments of brilliance in their careers, but have experienced diversity in the recent future. If it makes you feel any better, Wood has more goals in a Top 5 league than Josef Martinez. Let’s hope he can find his magic in Cincinnati with Ron Jans pulling the strings.

We were joined on the Kings Hammer Hotline by Matt Doyle from MLSSoccer.com and the ExtraTime podcast to give us his thoughts on Bobby Wood’s potential arrival, FC Cincinnati’s offseason rebuild, and what to expect in 2020 from the Orange and Blue.