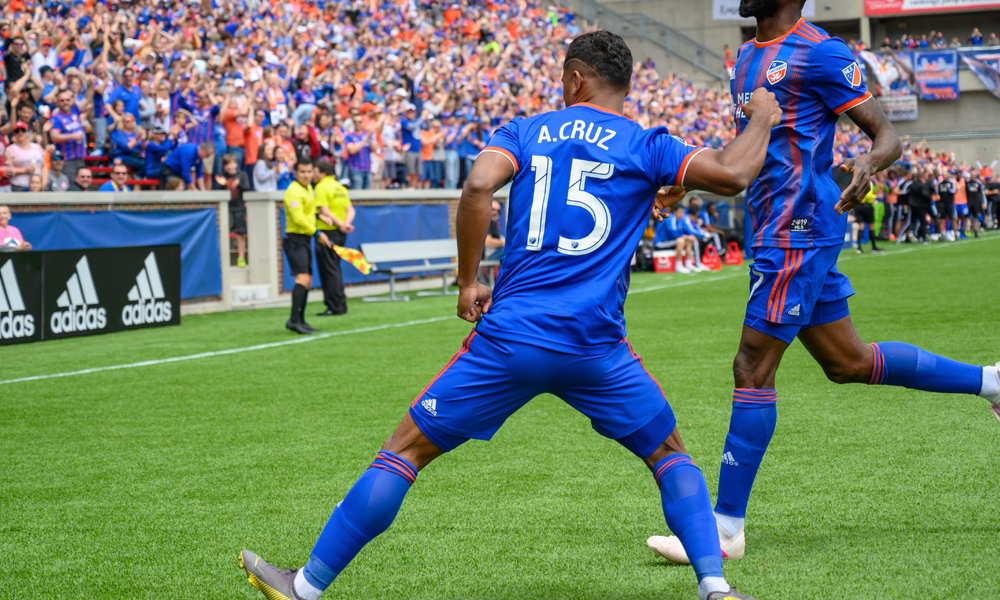 FC Cincinnati announced Thursday that Allan Cruz, one of the few bright spots in the 2019 season, has signed a multi-year contract extension to stay in the Queen City.

In 2019, Cruz led the Orange and Blue with seven goals, including a spectacular backheel goal in the club’s home opener against the Portland Timbers. The Costa Rica international made 22 appearances, 21 of them starts last season as well.

“First of all, I am grateful to God for giving me this opportunity to be here in Cincinnati,” Cruz said through a translator in Thursday’s press release from the club. “I am happy. I am glad to extend my contract with Cincinnati. Now I hope that next season we do things right for the fans. We have to prove that what happened to us this season isn’t what we wanted, but God-willing everything will come out to plan next season.”

Said FC Cincinnati general manager Gerard Nijkamp in the release: “We are delighted to sign Allan Cruz to a contract extension. When Allan gets the ball, he provides creativity for us in the final third. While he is still a developing player who we believe will continue to improve, we think his playmaking ability is a great quality to have on our team.”

Cruz, who turns 24 prior to the start of the 2020 season, will be a key figure in FC Cincinnati’s midfield. He spent the 2019 season listed as a young designated player on the club’s roster. However the club used targeted allocation money to buy that down, so he will now be listed as TAM player rather than a Young DP for the 2020 season.

Cruz became the second player in MLS history to have multiple first-minute goals in a season. The last time this feat was achieved was back in MLS’s inaugural season of 1996.