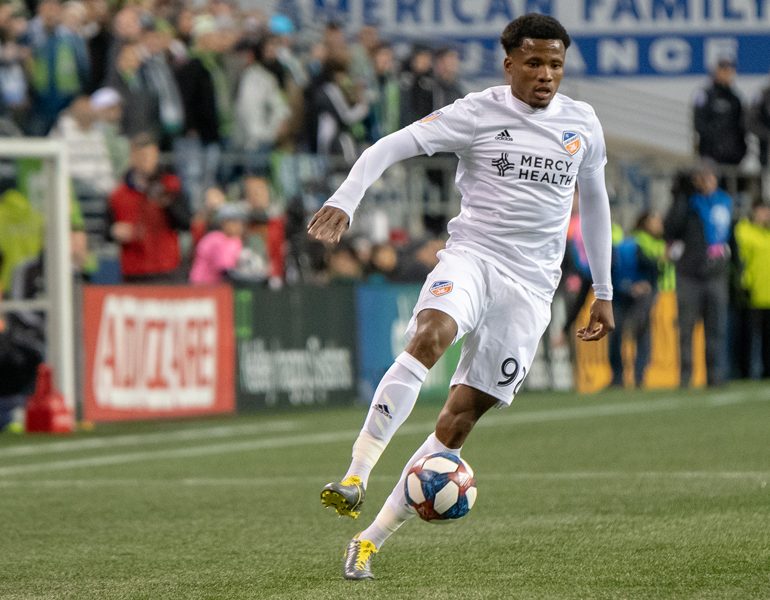 FC Cincinnati extended its 2019 MVP, Allan Cruz, this week and you can expect the club to be more active following the conclusion of the 2019 MLS Cup on Sunday. After MLS Cup, the two-day league trade window begins on Monday, November 11th at 1 pm where teams will have the opportunity to add and subtract to their rosters before it closes Wednesday at 8 pm. MLS clubs will look to shore up their lineups before teams will have to protect 12 players heading into the MLS Expansion Draft on November 19th with Inter Miami and Nashville SC. We wanted to take a look at potential moves you could see FC Cincinnati make in the coming days to reshape their roster.

Alvas Powell- It’s not hard to see Powell has wanted an exit from Cincinnati since early in the 2019 season. After his disastrous debut in Seattle, there has not been much love between Powell, the organization, and its fans. He has made it clear via his social media posts that he has wanted out and he may get his wish this off-season. I think you could see Powell moved in the trade window because he still has value to the club and has shown his ability to play at the international level of Jamaica. Teams are always looking for the next speedy right-back to get up and down the flank and attack. If he does not get moved in the trade window I would fully expect FC Cincinnati to protect him as one of their 12 players in the expansion draft and then look for a move later this off-season. I do not see a conceivable path forward for him in Cincinnati but in the right situation could be a valuable contributor in Major League Soccer.

Victor Ulloa- It has been widely reported that Ulloa will be on his way out of Cincinnati and he is expected to sign with inter-Miami. FC Cincinnati holds his rights so I would assume a trade for allocation money would occur early in this trade window. I believe Ulloa is a quality MLS player but with the glut of players in the midfield in Cincinnati, it was easy to see why the club might move him. Like Powell, Ulloa has value in this league. His salary is reasonable and his status as a domestic player is attractive to a club like Miami where they are expected to bring in talented international players. The club isn’t going to move Bertone and I think the European pedigree of a player like Caleb Stanko is attractive to Ron Jans and Gerard Nijkamp.

Forward position- FC Cincinnati supporters would like to see Fanando Adi’s name here but I just don’t see him getting moved in the near future. His $2 million salary is cost-prohibitive for most teams which could require FC Cincinnati to eat much of the contract if they want to move the forward. One player I believe could be an attractive trade piece would be Darren Mattocks. Unfortunately, his late injury made him unavailable for the last couple of matches in 2019 but I think it’s safe to say his style isn’t necessarily a fit under Jans. With several expansion teams coming in and people always on the lookout for goal scores I think you could see the forward moved this trade window. At $520,000 his salary might cause a couple of issues but he would be a nice addition to a team that could utilize him in 15 to 20 starts the season. I could also see FC Cincinnati actively trying to acquire more depth at the position. Rashawn Dally tried admirably in 2019 but I think he would be better served to develop in the USL in 2020.

Center back position- This is a wild shot but I could see a situation where Nijkamp would like to turn over the center back position further. Kendall Waston was the club’s first captain and is a high-quality MLS center back but in a possession-oriented system, his ball-playing ability and lack of speed puts him in dangerous situations. Nick Hagglund is a nice option as the third center back but I would expect to see one of these two moved this off-season. Cincinnati outlaid a lot of allocation money for both of these players and it will be hard to see them get an equitable return for what they dolled out. At this point, I would expect FC Cincinnati to take the short term hit and acquire assets to bring in another player that fits the system better.