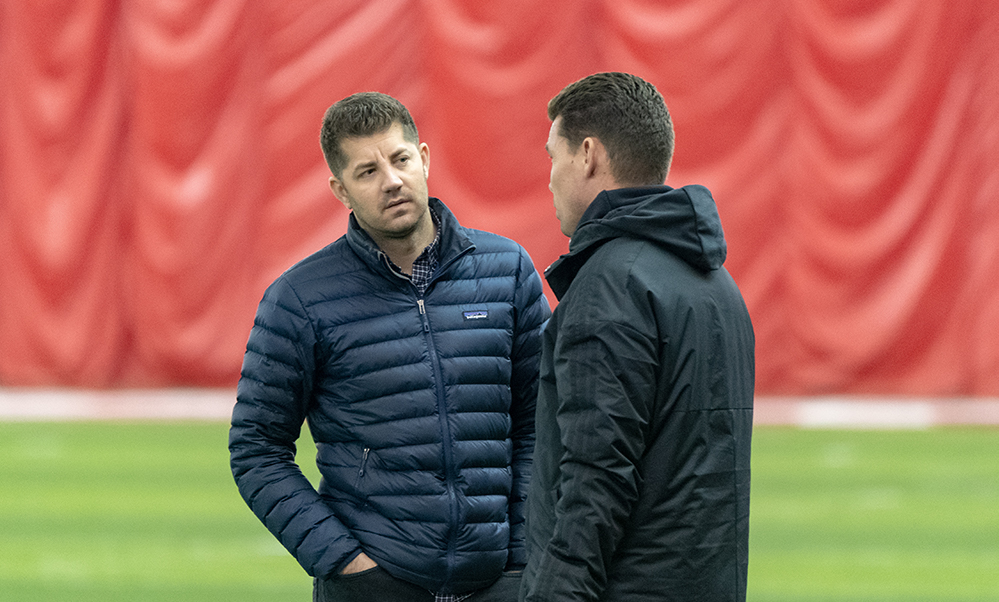 According to a report Sunday from The Athletic, FC Cincinnati technical director Luke Sassano will step down as soon as early this week for family reasons.

FC Cincinnati technical director Luke Sassano will step down as soon as early this week because of family reasons, according to a report Sunday from The Athletic’s Jeff Rueter and Sam Stejskal.

The club hired Sassano as its first technical director in March 2018, just two months before the MLS expansion announcement. He’s expected to remain with the club in an advisory role through the end of 2019, according to The Athletic, assisting general manager Gerard Nijkamp and coach Ron Jans as they go through their first MLS offseason.

Sassano’s departure completes the disassembly of FC Cincinnati’s transitional “triangle” of leadership, transitioning the organization from USL to MLS. The club fired former coach Alan Koch in May. Just three weeks later, club president Jeff Berding stepped back from his role as GM, handing the reigns over Nijkamp.

Sassano’s role was critical in the acquisitions of Leonardo Bertone, Allan Cruz, Mathieu Deplagne and Frankie Amaya — players considered building blocks for FC Cincinnati, according to the Athletic.

The club listened to offers for its top pick in this year’s SuperDraft just minutes before selecting Amaya.

FC Cincinnati will have a brief chance to conduct business after the MLS Cup. A two-and-a-half day trade window opens at 1 p.m. on Nov. 11 and closes at 8 p.m. on Nov. 13. Rosters freeze after that window until the conclusion of the expansion draft for Inter Miami CF and Nashville SC on Nov. 19. Free agency begins at 3 p.m. on Nov. 25, followed by the first stage of the re-entry process on Nov. 26.