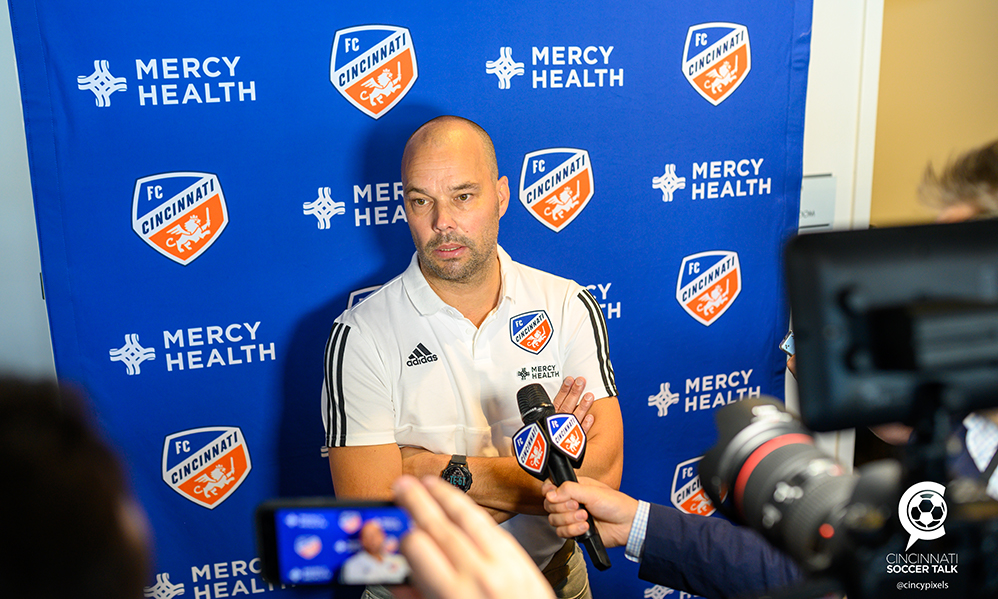 FC Cincinnati on Monday confirmed a report that technical director Luke Sassano is stepping down from his position for family reasons and announced the promotion of Hunter Freeman to director of scouting and player recruitment.

In a press release, the club also confirmed Sassano will stay on as an advisor through the end of the year. The club’s future organizational structure will not include a technical director, according to the release.

“We want to thank Luke for all of his work to get our project off the ground,” general manager Gerard Nijkamp said in the press release. “Luke has been a valuable asset to the club, and to me since my arrival. We want to wish him and his family all the best as he makes this difficult decision to step away from his role with FC Cincinnati. For me, when you’re new in a country and in a new league, it’s always helpful when there is someone who can help you understand the rules and the roster. Luke has been a fantastic representative of this club, and we very much appreciate his willingness to help stay with us through the upcoming transition.”

Said Sassano in the release: “I’m incredibly thankful to (majority owner) Carl (Lindner III), (club president) Jeff Berding and Gerard for this opportunity with FC Cincinnati and supporting me through a difficult few months. This was a hard decision to make, but the time is right to step away and focus on my family at the moment. The club is in very, very good hands, so that makes it easier to make the move now. It’s been incredible to be part of the FC Cincinnati family – which is truly a family – and to also experience the outpouring of support and pride that our fans bring. I will always be a fan of this club.”

FC Cincinnati also announced on Monday that director of domestic scouting Hunter Freeman has been promoted to director of scouting and player recruitment, a new position in the organization.

Freeman will oversee the club’s scouting activities, player recruitment strategies and scouting staff, according to the release. Freeman is one of six department heads who report directly to Nijkamp.

After a 13-year professional playing career, Freeman joined FC Cincinnati in October 2018 as a domestic scout and moved up to director of domestic scouting in February, according to the release. In that role, he also supported international scouting by making trips overseas.

“I am very excited to step into this new role at the club and also very thankful to Gerard and his confidence in me for this move into this position,” Freeman said in the release. “I am so appreciative of Luke for first bringing me into the FC Cincinnati family and am grateful that he has shared a lot of insight and wisdom. I’m looking forward to working with Gerard and all of our scouts and staff as we continue the work this off-season to improve our club for the incredible fanbase in Cincinnati.”