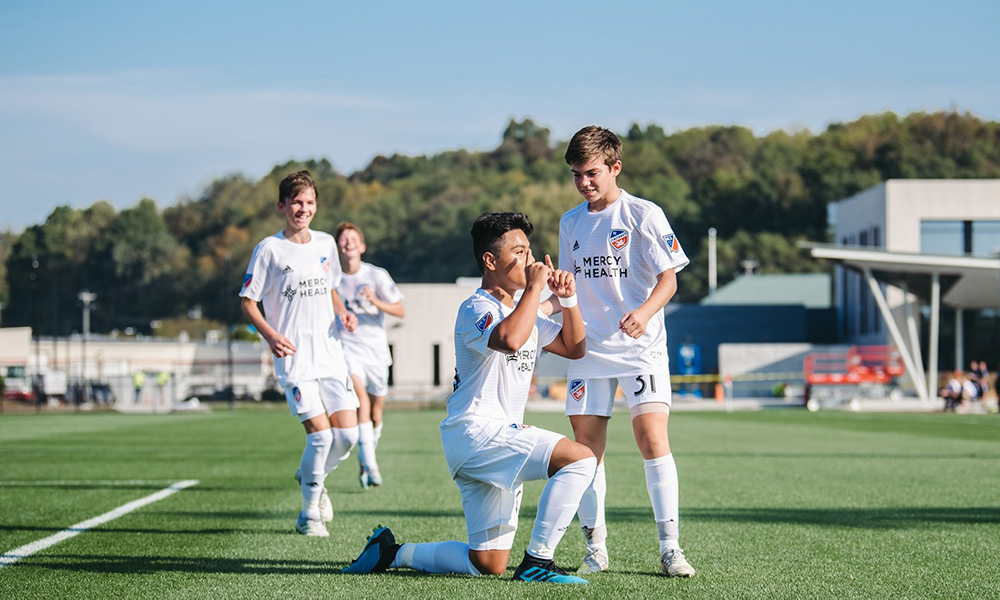 During Columbus Day weekend, the FC Cincinnati Academy teams traveled to Toronto to participate in the Generation Adidas Cup qualifiers.

During Columbus Day weekend, the FC Cincinnati Academy teams traveled to Toronto to participate in the Generation Adidas Cup qualifiers. The competition was composed of 25 U17 teams and 24 U15 teams from MLS academies. Cincinnati was assigned to Group D alongside Toronto FC, Columbus Crew SC, Atlanta United, New York City FC and Orlando City SC. The U17 Group D bracket also contained the Montreal Impact.

Qualifying involved playing three games. Teams earned three points for a win, two points for winning in a penalty shootout and one point for losing a penalty shootout. The U17 teams were then placed into divisions based on their performance in the qualifiers. The top two teams based on points were assigned to Division 1, the third and fourth place finishers were placed in Division 2 and all remaining teams were assigned to Division 3. For the U15 teams, only the top team from each division return for the final event to compete in an eight-team international challenge.

The Generation Adidas Cup Finals take place in February 2020. FC Cincinnati’s U17 academy team lost all three games but earned a point, taking its first game against New York City FC to PKs. It finished in sixth place and were placed in Division 3. The U15 team won its second game against Columbus Crew SC but lost the other two games, earning three points. It finished in fifth place.

An early mistake playing out of the back allowed New York to intercept the ball in Cincinnati’s penalty box and score an early goal. Cincinnati held strong after that, and Jack Drabenstott found an equalizer midway through the second half. The game ended in a 1-1 draw and headed to penalty kicks, where Cincinnati lost 4-3.

Toronto proved to be dangerous on set pieces, scoring two goals within four minutes of each other, both from corner kicks. Late in the second half, Toronto’s Lulli, one on one with Beckham Sunderland, dribbled past the keeper and added a third goal.

Cincinnati again struggled early in this game, giving up a goal in the sixth minute. A second goal came off a penalty kick that resulted from a foul on the edge of the box. Early in the second half, William Bernhard headed in a cross to reduce Atlanta’s lead, but Cincinnati wasn’t able to equalize to comeback.

New York took an early lead with a pair of goals only five minutes apart. Cincinnati managed to pull back one off a free kick from Nicholas Samways that Ryder Mills put on frame.

Hell is Real kicked off for the U15 team at the Generation Adidas Cup. Ryder Mills continued his scoring, taking advantage of a poor clearance from Columbus. In the second half, Mills completed a brace with a blast from 30 yards out. Columbus pulled back with a penalty kick late in the second half, but it wasn’t enough and Cincinnati earned three points.

Orlando took the early lead off a set piece that Cincinnati was unable to clear. Ryder Mills equalized before the half, collecting a header from Adal Salinas, working past the back line and putting the ball into the net. Mills earned all four goals scored by Cincinnati at this tournament. Unfortunately for the Orange and Blue, early in the second half, Orlando stole the ball from Austin Wells on a back pass to the keeper and took the lead again.