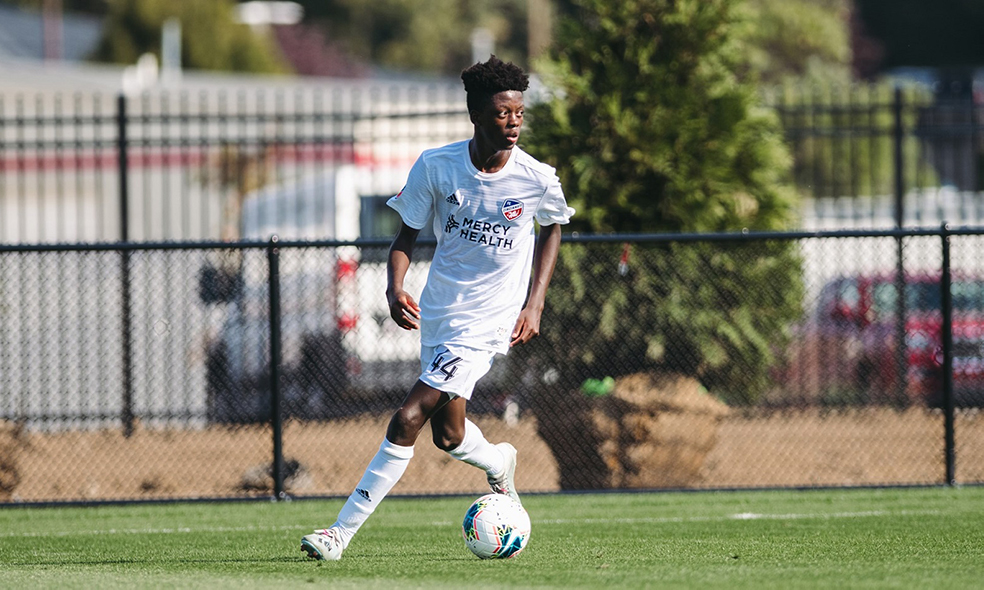 The season ended for FC Cincinnati a couple of weeks ago, but for the FC Cincinnati Academy, the season is just beginning. Here’s a primer on how the academy system works.

The season ended for FC Cincinnati a couple of weeks ago, but for the FC Cincinnati Academy, the season is just beginning. For many in Cincinnati, the academy is relatively unknown. For now, the Mercy Health Training Facility in Milford is closed to the public, so it isn’t possible to watch the academy for home matches, but that should change next year. In the meantime, with their season underway, here is some info everyone who is interested should know.

All five age groups play competitive games, but only the U15 and higher age groups have standings posted. The USSDA decreases the number of teams in the older age groups. This ensures that the level of competition continues to increase and that most elite players are playing meaningful, challenging games.

FC Cincinnati has two academy teams for the 2019-2020 season, U15 and U16/17. The FCC academy teams play in the Central Conference and the Mid-America Division. There are three conferences — East, Central and West. Each conference has two divisions, with the exception of the Eastern Conference which has three divisions. The Mid-America Division has 13 teams in both age groups.

Cincinnati plays 18 league matches during the course of the 2019-2020 season with a break during the Winter when no league games are played. All games are within its division. It plays every team in the Mid-America division once and six teams twice. In addition to league play, the academy teams scheduled four friendlies with Minnesota and Chicago, playing each home and away. They are also participating in tournaments, such as the Generation Adidas Cup, where they just participated in qualifying rounds last weekend.

At this point in the season, the Orange and Blue have only played two league games, Sept. 22 against Indiana Fire Academy and Oct. 5 against FC United SC. The U16/17 team lost both games. The U15 team picked up three points, defeating FC United. The U16/17 team currently sits in 11th place, and the U15 team is in eighth place, but there are many games yet to play.

When the season ends, 32 teams will advance to the playoffs. The top three teams from each of the seven divisions automatically advance. The next best 11 teams advance as wild cards. Cincinnati’s U15 team is currently positioned as the 11th wild card.

Next year, FC Cincinnati will want to form a U18/19 team to continue to develop and advance the players in its academy this year who age off of the U16/17 team. Cincinnati is making a significant investment in these players, covering the cost of things such as coaching, uniforms and travel. This investment has the potential to pay off significantly in the future. These “homegrown” players can form the core of the team over time, if FCC is able to develop quality talent. Young homegrown players have significant advantages on MLS rosters, allowing clubs to reduce the impact on the roster cap. Older players can play for an affiliated USL reserve team and continue to develop to eventually make the leap to MLS. Exceptional players may transfer to Europe and bring transfer fees into the club as well.

This is all many years out, though, as the academy grows and develops. In the meantime, there are very talented young players playing games in Milford, and soon the public will have access to watch those games. In the near future, Cincinnati fans may be discussing what a superstar in the world of soccer was like when he was playing for their academy.