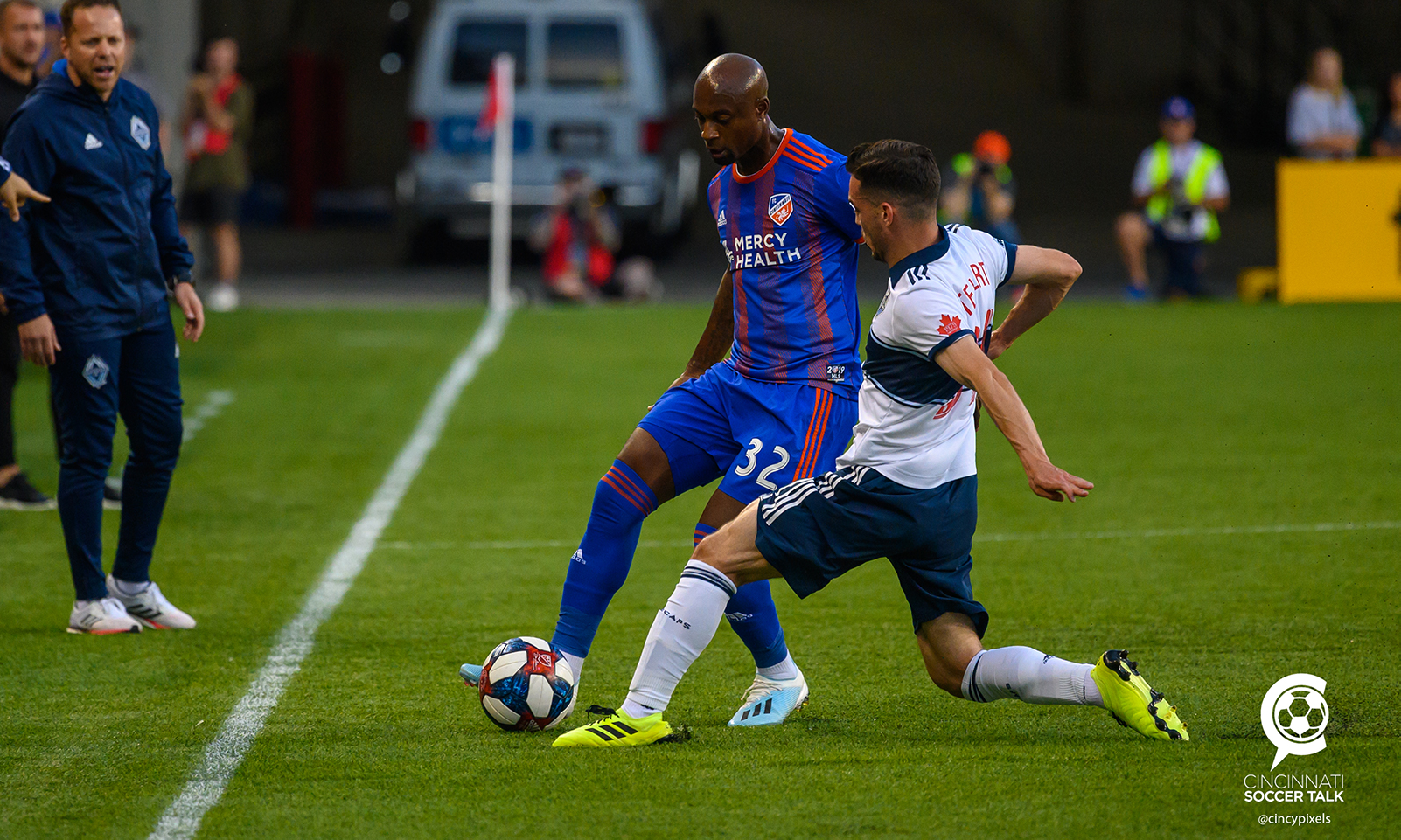 FC Cincinnati right back Justin Hoyte indicated he might have played in his last game at Nippert Stadium for the club on Sunday in an apparent goodbye message on social media.

FC Cincinnati right back Justin Hoyte posted what appears to be a goodbye message on his social media account before Sunday’s 1-1 draw with Orlando City SC in the club’s home finale.

Was it a final goodbye?

Hoyte was named to the 18-man matchday roster as a possible substitute on Sunday but was not called into the game by coach Ron Jans. He has not played since starting against Vancouver on Aug. 3. If indeed it was Hoyte’s last time dressed in orange and blue, it ends a three-year run with the club.

Hoyte’s career started in his native London. He made one appearance with the 2003-2004 Arsenal side that went through the Premier League undefeated. With stops at Sunderland, Middlesbrough and Millwall in England’s upper flights, he made 25 appearances with League Two side Dagenham & Redbridge in 2015-2016 before coming across the pond as a trialist with FC Cincinnati to start the 2017 USL season.

“Coming here on trial was never easy because what I’ve done in the past, you’re thinking you come in on trial, you don’t know what you’re in for,” Hoyte said. “I’m just happy it all worked out. I thanked the club and the general manager and the staff for giving me the opportunity first and foremost. A lot of teams said no, and Cincinnati was the one that choose me and gave me the opportunity.

Hoyte made his first start in the third match of the 2017 season at Bethlehem Steel but left with an injury in the 14th minute. As he recalled Sunday, he found himself wondering what was next.

“I didn’t know what I was in for,” Hoyte said. “I thought it was going to be a hard time for me, but the medical staff did wonders and I wasn’t out for too long. And I think after that time I played nearly every game really from there on. It was just up to me to keep fit and keep healthy.”

Hoyte scored two goals in the 2017 season — an equalizer in the 45th minute on June 10 against the Charlotte Independence and the game-winner in the 86th minute in a 4-3 victory at Toronto FC II on Oct. 14. He also played a critical role in the club’s U.S. Open Cup run that year.

Hoyte was a mainstay on the back line in 2018 with 28 appearances, helping FC Cincinnati to a then-unprecedented USL run and regular-season championship. Though he didn’t log any goals last year, he was always known on social media to be open on the right.

He did convert a penalty kick against Nashville SC to help FC Cincinnati advance in last year’s USL quarterfinal round — one of his top memories.

“Every moment is a great one, from the first time I made my debut to winning against Nashville, taking that penalty,” Hoyte said. “That was a great moment. I was dying to score, dying to perform well. I wanted to give back a goal to the fans. Putting away that PK in the playoffs, I think that will probably be the memory that will stick with me with the celebrations after (advancing in the shootout). And obviously winning the trophy with the USL team — winning the title, which was something fantastic.”