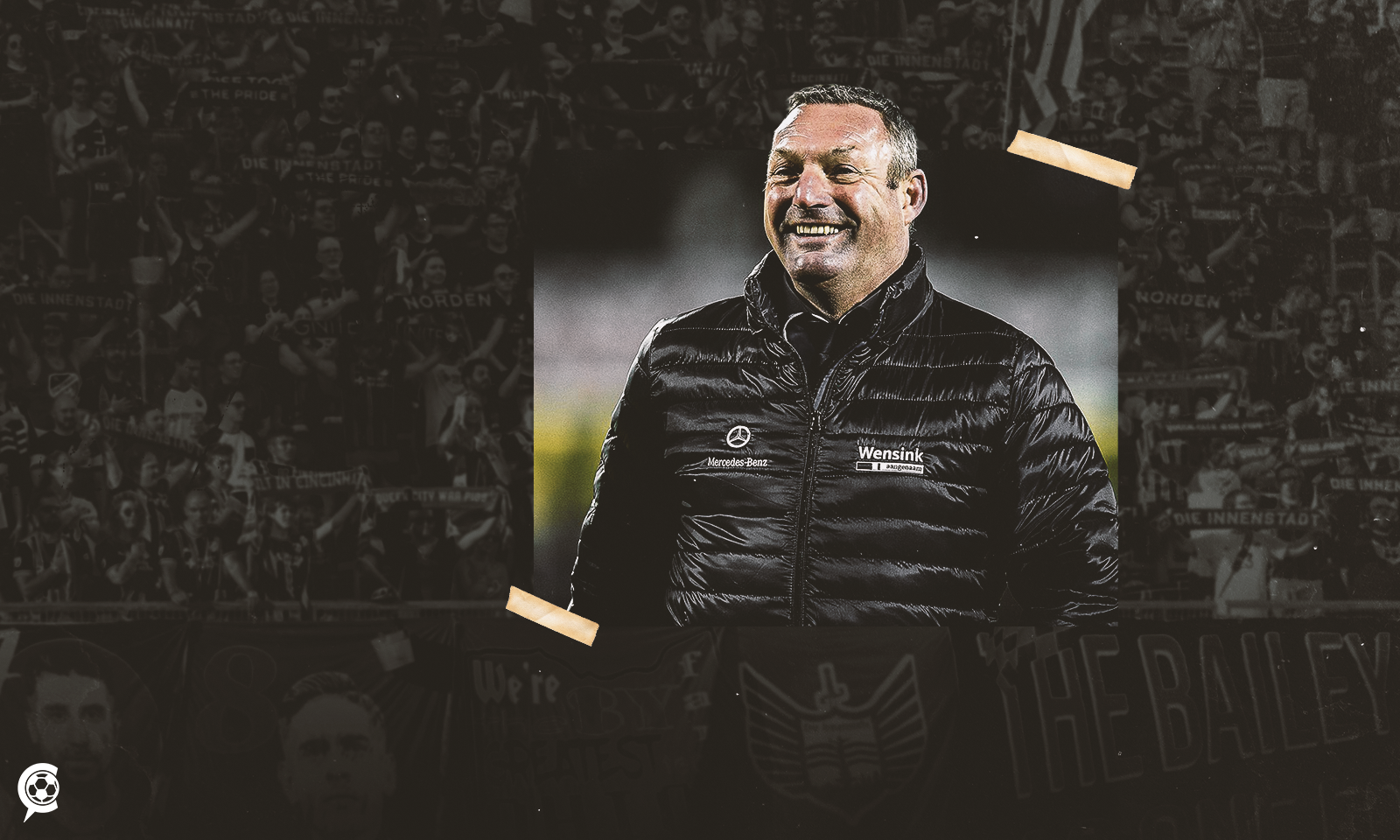 Jans in at FC Cincinnati

FC Cincinnati general manager Gerard Nijkamp hinted before Saturday’s match that a coaching announcement could be coming in the next 48 hours. Turns out, it was not even 24 hours.

There were reports in late July the club would hire Ron Jans as its fourth head coach. On Sunday, the club made it official — Jans is in at FC Cincinnati, taking over the vacancy created when Alan Koch was fired back in May. Yoann Damet, who served as interim head coach after Koch’s dismissal, will remain with the club as Jans’ top assistant, according to a club media release.

Jans will be formally introduced at a press conference on Monday, will take reins of the club in training on Tuesday and coach the squad in Saturday’s Hell is Real Derby in Columbus.

“I’m very appreciative of Gerard, Jeff Berding and the club’s ownership group for their confidence in bringing me to FC Cincinnati,” Jans said in the media release. “This club has drawn a lot of attention in Europe and football fans are very interested in the progress of the club, which is why this opportunity is so exciting. My challenge is realizing our immense potential, and I am really looking forward to being part of that development and making the fans even prouder to support FC Cincinnati.”

Jans and Nijkamp have a history together at PEC Zwolle. Nijkamp, as Zwolle’s technical director, hired Jans to manage in October of 2012.

In Jans’ first season, Zwolle claimed its first major trophy in club history, winning the KNVB Cup, the Dutch version of the U.S. Open Cup. Then Zwolle won the Dutch Super Cup in 2014.

Jans remained at Zwolle until 2017 to become technical director of Eredivisie side FC Groningen.

“We are excited to get Ron involved with the team as soon as possible and leading us the rest of the season,” Nijkamp said in the media release. “He has a pedigree of success and guiding strong clubs, especially through difficult transitions to championships. With his experience and expertise in all aspects of being a head coach, I have full confidence that he will be successful at FC Cincinnati. I believe Ron will be a critical part to establishing the foundation for our playing philosophy as well as our performance on the pitch.”

In addition to Damet, Jack Stern retains his position as goalkeeper coach. Both Damet and Stern signed contract extensions with the club through the end of 2022.

The club also announced Netherlands native Ivar van Dinteren as a new assistant coach. Van Dinteren will join the staff upon the receipt of his U.S. work visa, according to the media release.

Van Dinteren is already familiar with the area, having played for and managed the Dayton Dutch Lions, then with the USL Pro League. He left Dayton to coach with the Zwolle academy and comes to Cincinnati after managing Netherlands amateur side SDO Bussum.

Van Dinteren replaces Pa-Modou Kah’s spot on the technical staff. Kah left the club to pursue other professional opportunities, according to the media release.

Jans in at FC Cincinnati