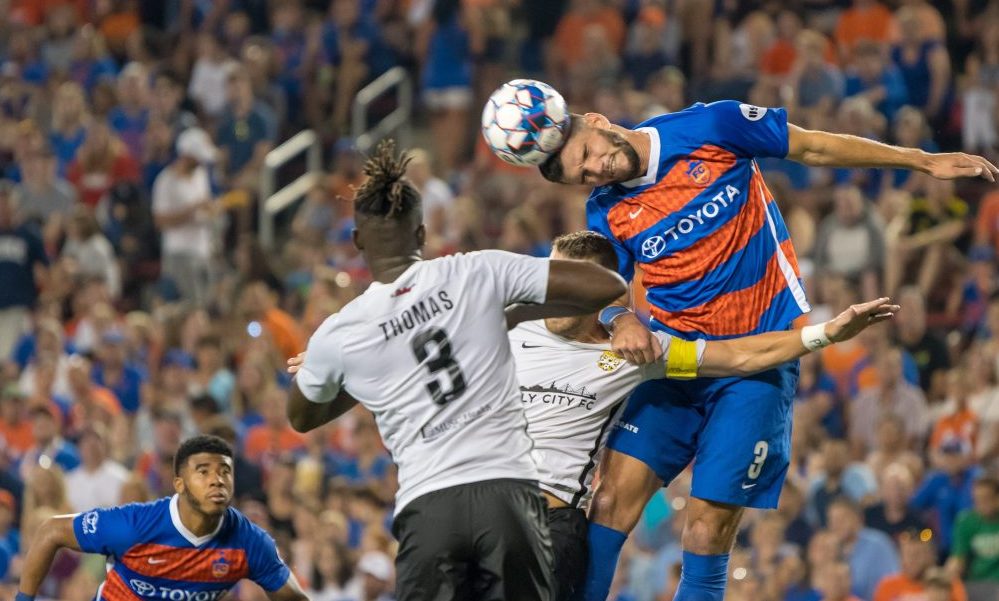 FC Cincinnati has loaned fan favorite Forrest Lasso to Nashville SC for the remainder of the 2019 USL Championship campaign.

The Raleigh, NC native joined FC Cincinnati for the 2018 USL season where he earned Defender of the Year honors. Lasso was the 5th player, and the first defender signed for FC Cincinnati’s inaugural MLS season. The center back made five appearances for FCC in 2019 including four starts.

“This will be a good opportunity for Forrest to receive regular playing time,” FC Cincinnati General Manager Gerard Nijkamp said. “With a full roster and considerable depth at center back, we feel this loan is best for the club and for Forrest to continue growing in his professional career. We are appreciative of what Forrest has brought to FC Cincinnati on and off the pitch this season and wish him all the best in Nashville.”

His lack of opportunities with FCC in 2019 was likely due to many changes in playing styles including starting the preseason with three center backs. This was followed by a 4-2-3-1 before switching to a Dutch-inspired 4-3-3 prioritizing building from the back.

The departure of Alan Koch and the appointment of Yoann Damet also contributed with the interim coach preferring the experience of journeyman defender Justin Hoyte. With the visa of Maikel van der Werff approved last week, the availability of playing time for the young center back would have become difficult.

Forrest Lasso will be remembered as a high-character, hard-working player that instantly bonded with the FC Cincinnati fanbase. His 2018 season was one to remember. With a return back to the USL, he will have another chance to impress a club who has high ambitions and could offer Lasso a return back to MLS in 2020. While Nijkamp’s words might not have been an official goodbye to Lasso, if we don’t see the big man return to the Orange & Blue, we certainly wish him the best.