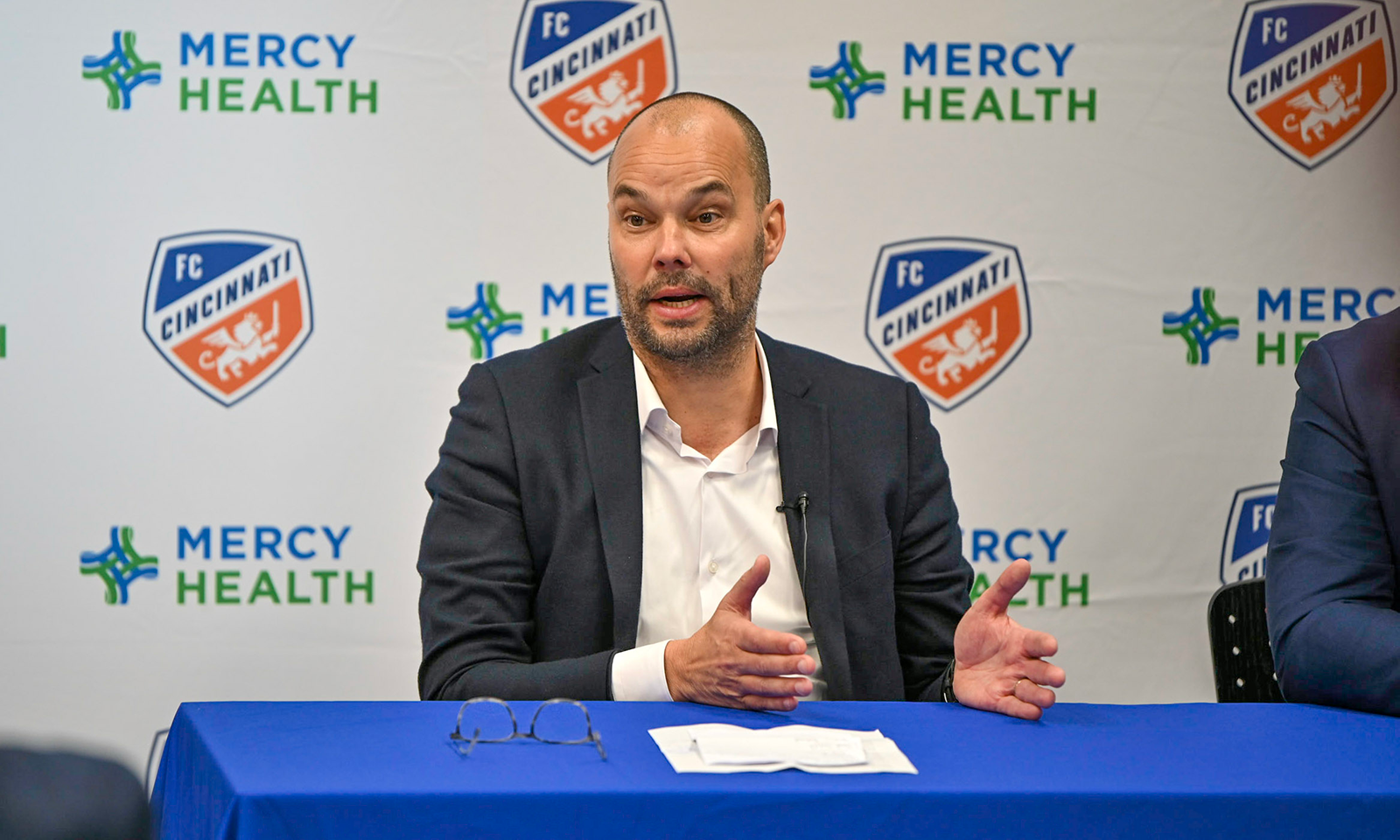 Nijkamp: Next FC Cincinnati coach will be ‘short-term solution’

FC Cincinnati general manager Gerard Nijkamp said on Friday the club’s next coach will continue to be a caretaker with a contract no longer than 18 months. Nijkamp also said the hire will not be current interim coach Yoann Damet, but Damet could land another role with the club.

FC Cincinnati might be announcing its new head coach soon, but it might not be the same person who will be managing the club when the West End stadium opens in 2021.

On a conference call with reporters on Friday, general manager Gerard Nijkamp said the list of potential candidates had been pared down to eight, then indicated one preferred candidate had emerged and negotiations are underway.

But Nijkamp also raised some eyebrows when he said that FCC’s new manager would be a “caretaker” and a “short-term solution” given the task of establishing a foundation for success and improving results for the MLS expansion club that currently resides in last place in the Eastern Conference with 11 points from 18 matches.

Rather than the manager of the future, the one entrusted with guiding FCC to the West End and beyond, this hire might only be for the remainder of this season, or given the results, perhaps 2020.

“We go now in the direction of the short-term solution,” Nijkamp said. “We need at this moment a caretaker who can help support (interim manager) Yoann (Damet) coming through this season. The head coach search is a very important point and an area that is needed, and not because we think Yoann is doing a bad job. Let’s think about this season as an extension of next season, so 18-month appointment of a head coach.”

This approach hardly is unprecedented in world soccer, with U.S. men’s national team coach Dave Sarachan being among the most notable stop-gaps.

So, what does this mean for Damet? On Friday, Nijkamp said Damet is not among the candidates for head coach but did hint that he would be considered for another role with the club, and one could speculate that he might manage a future USL affiliate.

When asked if an 18-month contract would limit the number of candidates or impact their willingness to take on such a project, Nijkamp said he didn’t believe so.

“We received a lot of emails and phone calls from agents who represent high-profile coaches who want to come to Cincinnati … because they believe in the project of what’s happening with our stadium and our city,” Nijkamp said. “These candidates have a really high profile with big experience and did (a rebuilding) job already several times.”

Nijkamp said conversations were recently had in the Netherlands with one potential candidate and with another in the U.S. The new manager should inherit a club that is in a much better position than the one Damet has had at his disposal in recent weeks.

The number of available players, which had shrunk to 16 for last week’s match versus Minnesota United, swelled to 19 this week as several players returned to the club after their international squads were knocked out of the Gold Cup. Fanendo Adi should be back soon from injury and possibly Greg Garza as well before the end of the season.

The signing of Dutch defender Maikel van der Werff this week should provide a boost, and on Friday Nijkamp said the club was on the lookout for strikers, wingers and some depth at left back in this transfer window.

FCC has been behind the eight-ball since receiving its MLS bid in May of 2018, but Nijkamp believes things are about to make a turn toward the positive.

Nijkamp: Next FC Cincinnati coach will be ‘short-term solution’