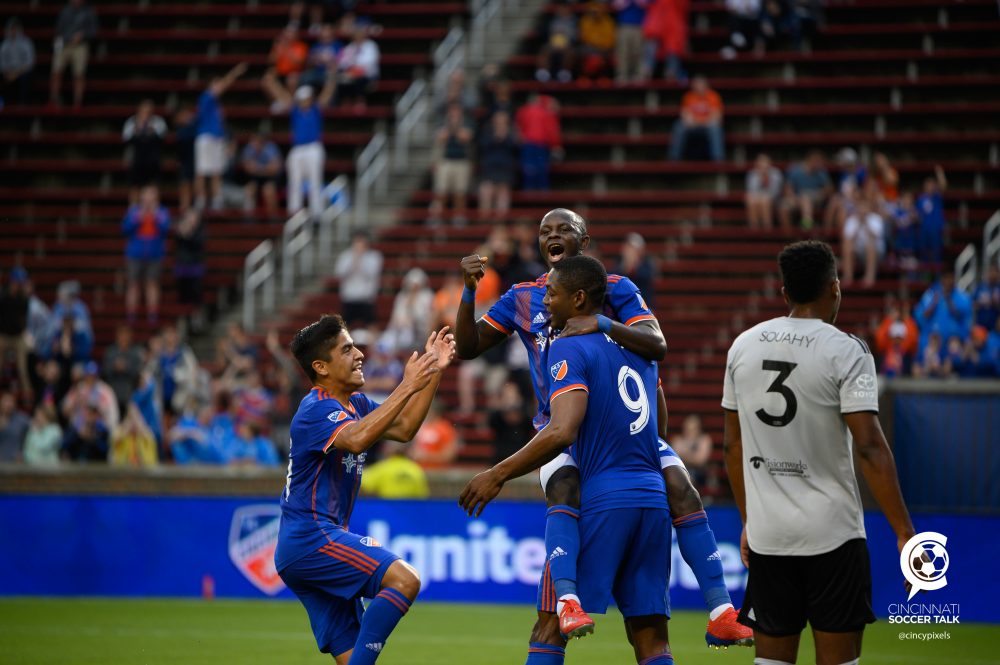 FC Cincinnati heads to Saint Louis to try to advance in its U.S. Open Cup journey.

After knocking off their hated rivals, Louisville City in the US Open Cup, FC Cincinnati is now set to hit the road in the Round of 16. The Orange and Blue head west to face former USL foe, St Louis FC. During the USL days, FCC and St Louis met five times, with FCC winning four of those matches and drawing the other.

Things are different yet similar between the two clubs. While FC Cincinnati made the jump to Major League Soccer, they are currently sitting at the bottom of the league. St Louis has seen their fair share of struggles during this season as well. While not as bad as FCC, St Louis is currently in ninth place in the USL Championship Eastern Conference. St Louis FC made the USL playoffs for the first time in their four years as a club last season.

For St Louis, this meeting is special for a few players. In this matchup, former FCC players get a shot at their old club. Matt Bahner, Russell Cicerone and Kadeem Dacres all played solid roles in the short history of FC Cincinnati. Cincy will need to be wary of the extra motivation those players have to knock their former club out of the competition. Look for that incentive to add more spirit than the usual matchday.

St Louis is coming off a big home victory over the Chicago Fire in the previous round and looks to make FC Cincinnati their next victim. Saint Louis wants to parallel and better the run that FC Cincinnati made in this competition just two years ago. Not just for the fans and the city. A USL Open Cup run, as Cincy fans know, thrusts the club into a national spotlight. Cincinnati’s last cup run earned them a spot on ESPN and brought a couple of MLS expansion committee members to Nippert. A victory over FCC will book them a spot in the quarterfinals against the winner of Atlanta/Columbus.

With the Gold Cup in full swing, FC Cincinnati will once again be without four of their key players. Without Kendall Waston, Allan Cruz, Darren Mattocks, and Alvas Powell, FC Cincinnati are going to once again be shorthanded. It is going to be crucial for guys like Frankie Amaya, Emmanuel Ledesma, and Kekuta Manneh to step up and carry the load during the absence of these key figures. Mathieu Deplagne has been one of the best players this season and will certainly be leaned on to lead the Orange and Blue to victory.

3 Keys to the Match

Things have been really tough so far for FC Cincinnati but another solid run in the US Open Cup could be just what this club ordered. As always, stay tuned to Cincinnati Soccer Talk as we provide all news and reaction for anything involving the Orange and Blue.