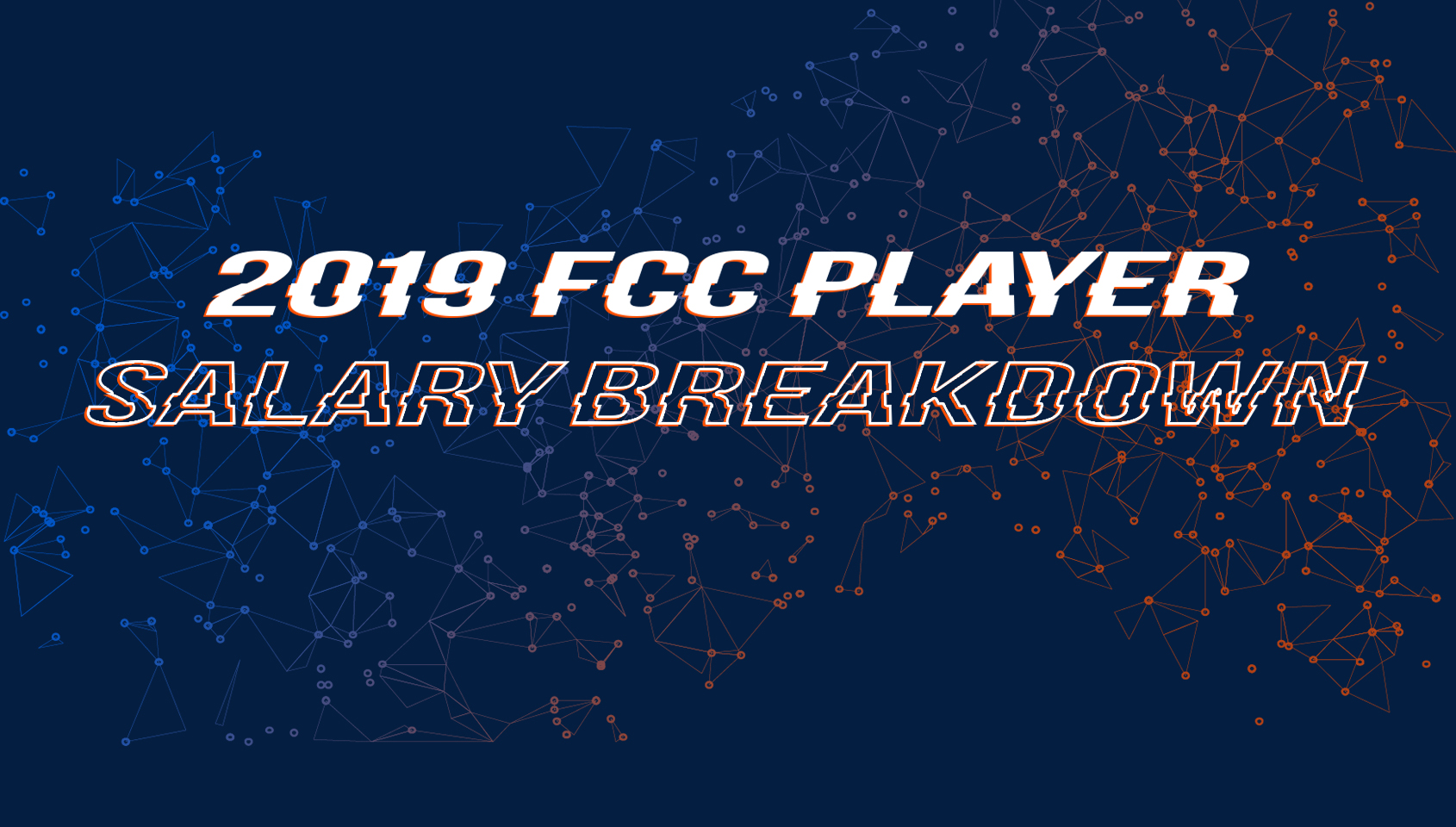 FC Cincinnati 2019 player salary date and an estimate of the overall roster impact for the 2019 season.

The MLS Players Association published 2019 salary data today. You can find that information here and for this breakdown, we will start with that data.

Breaking down a few items just from the data: First, Kenny Saief’s full contract amount in this instance was unlikely paid. This was a loan that was also ended early and it is unsure how much of a hit FC Cincinnati took on the contract. It is possible he came into the club as the third DP and due to his early release, we will be counting him as 1/2 a DP. Five players have started this season and make under $100,000. Bone, Lasso, Richey, Albadawi (now loaned out), and Hoyte. Justin Hoyte and Spencer Richey are the biggest value pieces for FC Cincinnati as both have seemed to cement themselves in the starting lineup. Richey is starting over Przemyslaw despite making 21.8% of his salary.

FC Cincinnati ranks 20th out of all 24 MLS teams in total compensation (removing Saief). Toronto, as usual, leads the pack at 22 million (due to DP spending) and FC Cincinnati sits around 8.8 million. A reminder: each team is allowed 3 designated players that only impact the cap at $540,000. FC Cincinnati currently is using two DP spots. The first on Adi and the second on Cruz who is counted as a “Young DP (21-23)” spot which brings his cap hit to $200,000. Every MLS team must get senior roster spending (players 1-20) inside the 2019 salary budget of $4,240,000. Designated Players, GAM/TAM all exist to help clubs spend more and “buy down” players to fit them inside that limit.

You may have already seen the MLSPA salary release. You probably haven’t taken a deep look at them.

Some notes: Columbus is way up, NYCFC is spending far less in salary but not much less overall and DPs take home a whopping 40% of the entire salary pool. https://t.co/nEZCNX275x pic.twitter.com/WJUMqqbr3g

The following players are likely TAM players (their salaries are over the limit and thus bought down with target allocated money that is given out by the league) Roland Lamah, Kendall Waston, Darren Mattocks, Leonardo Bertone, Kekuta Manneh, and Caleb Stanko. We estimate FC Cincinnati started 2019 with around $5.8M in TAM/GAM and spent around half of it in trades leaving $2.4xAM for roster reduction. This is just an estimate using the following data.

Ken Hotker compiled an estimated roster breakdown for FC Cincinnati using the base data with current MLS rules. This is an estimate based on current knowledge and assumption thus far. 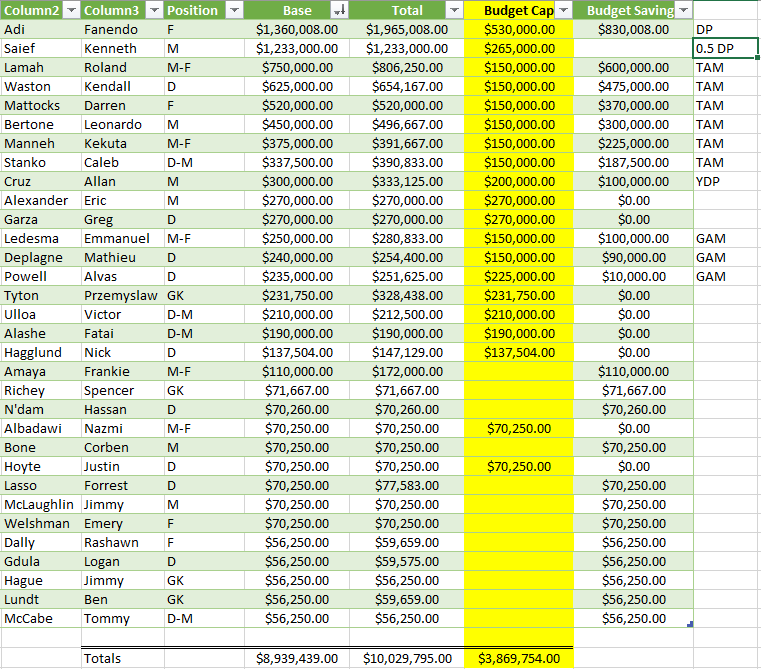 Saief obviously had an impact on the roster budget but that amount is unclear. If we assume he counted as 1/2 a DP then his roster impact would clock in at $265k leaving FC Cincinnati with an estimated 350k in cap space to use during the summer window. They also have some TAM/GAM remaining so it is possible to bring in a 3rd DP (265k cap hit, less for a young DP) if that is apart of the club’s plans. FC Cincy could also add a new TAM player but would likely be limited on budget. Only senior roster spots count against the budget. Frankie Amaya’s salary is covered by the league as he is on a Generation Adidas contract.