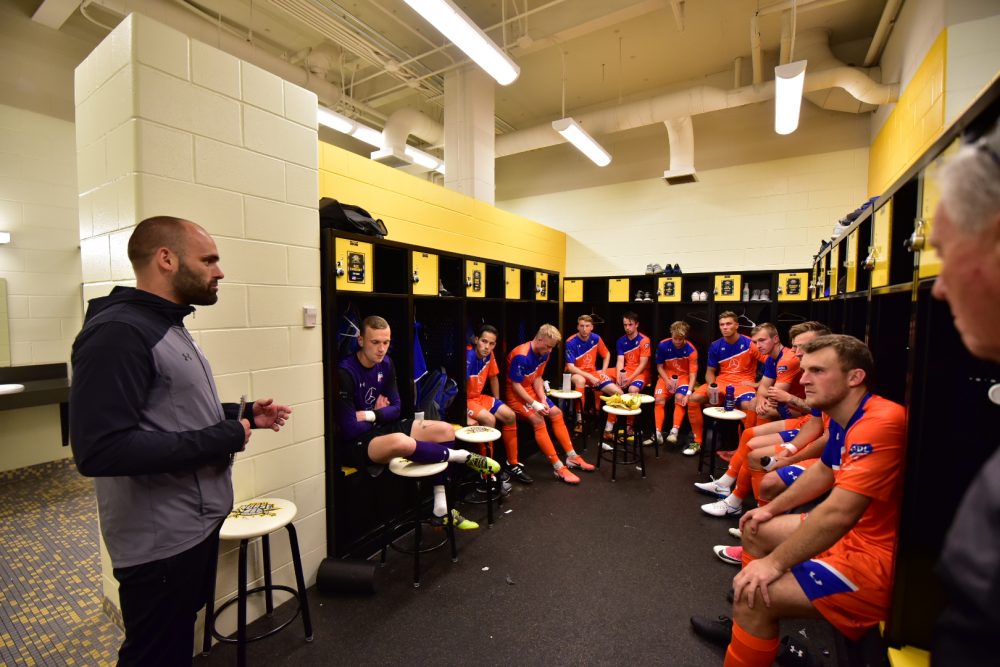 Cincinnati entered the weekend with a chance at six points, they walk away with three against Dayton.

Six points were possible heading into the weekend for Cincinnati Dutch Lions. Friday’s match vs Chicago FC United proved too much as Cincy fell to the current division leaders 0-3. The question after Friday was how would Cincinnati respond? Dropping more than three points at home would create a large hole to overcome later in the season. The Chicago loss put more pressure on the already looming Dayton vs Cincinnati rivalry.

Surprisingly, Cincinnati entered the match without their leading striker Alex Willis. Two matches in a weekend required rotation but the move certainly raised eyebrows. Cincy started the match with possession and quickly took the ball at Dayton’s defenders. That early push forced Dayton into more of a defensive shell and unlike in the Chicago match, CDLFC were creating the runs to threaten. A couple of chances went long and a few landed bad touches. Cincy continued to put on the pressure and was rewarded in the 34th minute with a rebound goal. Connor Rutz continued his run after Hamilton’s strike and shot the rebound goal.

Movement Makes All the Difference

The tale of the two separate weekend matches was all about movement. Against Chicago, CDLFC looked lethargic at times despite holding possession. United entered the match with a defensive plan. Cincy struggled to break down the two layers of four on defense and it didn’t get easier when Chicago went up a goal early. Dayton took a page out of Chicago’s book but the execution was not as sharp. Rutz was able to capitalize on a turnover and Hamilton made the run. It wasn’t just Hamilton looking for chances, Cincinnati’s offense as whole created space well in the second match.

Entering the first half up 1-0 didn’t sit well with CDLFC coach Paul Nicholson. As many chances as his team had in the first half against Dayton, they could have capitalized on more chances. Just six minutes after the restart, Cincinnati jumped back on the board as Stafford-Lacy earned his first of the season. Lacy made a great run from the midfield line catching the Dayton defense off guard. As the official’s flag stayed down, Lacy slowed to dribble around a defender, then the keeper and walked the ball into the net.

Cincinnati Dutch Lions are not known for holding off possession. When watching Cincy soccer the motto usually is “the best defense is a good offense.” However, Cincinnati did switch tactics after the second goal and became the countering team. Credit the back line for Cincy as they certainly were tested but remained firm with Dayton flying forward. Dayton struggled to get solid shots on goal but ended up a few scary moments going wide in either direction. The match official added a generous five minutes to the end and Dayton was able to squeak one goal out in the dying moments. Alas, it was not enough and Cincinnati walked away the winners of the first leg of the Five Dollar Footlong Derby.

Make sure to check out Cincinnati Soccer Talk Live tonight at 9 PM to discuss all things soccer in the Queen City. You can watch on Facebook, Twitter or Youtube.