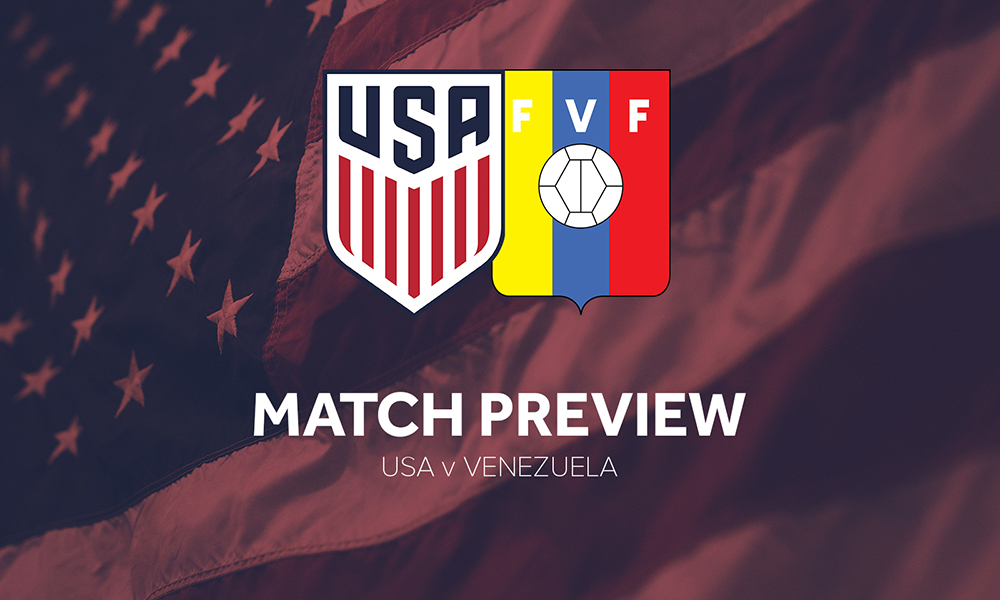 In its final tuneup before the Gold Cup, the United States men’s national team will play Sunday in Cincinnati for the first time. Coverage for the friendly against Venezuela begins at 2 p.m. on Fox.

For the first time ever, the United States men’s national team will be playing in a match at Nippert Stadium. On Sunday, stars like Michael Bradley, Weston McKennie and Jozy Altidore will take the Nippert Stadium field on Sunday to face a solid Venezuela team before it opens up Gold Cup play. Coverage for the match begins at 2 p.m. on Fox. Since the United States failed to qualify for the World Cup last year, there have been a few changes that have taken place.

In December, Gregg Berhalter left his position as manager of the Columbus Crew and took over as manager of the USMNT. Under Berhalter, the USMNT won its first three matches with him at the helm but is winless in its last two matches. With the Gold Cup coming up, the roster was submitted and set earlier this week. The regular suspects are included on this roster and will be featured in this match against Venezuela. The exception is Christian Pulisic, who Berhalter announced Saturday will not play, according to reports.

The #USMNT @GoldCup roster by position…

The United States heads into this match coming off an abysmal performance in its 1-0 loss to Jamaica on Wednesday. That match included a numerous amount of players who did not make the cut for the Gold Cup. The less than stellar performance was not the way Berhalter wanted to go into the Gold Cup. With the full squad included for this final tuneup, look for the USMNT to rebound with a much better showing. This is a very important tournament for Berhalter and the United States. With all of the questions surrounding team, the hope is that the USMNT will end the month of June on a high after taking the Gold Cup.

The first step in building momentum for the Gold Cup is the match against Venezuela. The USMNT can expect a fantastic and loud crowd welcoming it to historic Nippert Stadium. Zack Steffen, who is set to make his move to Manchester City next month, will be the man in between the posts for his former Crew manager, Berhalter. Up top, look for McKennie to control the midfield, helping getting the ball to Altidore up top. Bradley will most likely feature as the defensive midfield role in this match and in the tournament.

The goal for Berhalter and the United States is to qualify for the World Cup in 2022. This match and the Gold Cup is a good start in getting some quality tournament minutes for some of these younger players. Tyler Adams will miss this match but will be joining the team next week just before the start of the Gold Cup.

Reigning MLS MVP and record goal scorer Josef Martinez is the leader for the Venezuelans. Martinez started off a little slow in MLS this season, but he and his Atlanta United teammates have picked it up recently. If Martinez can carry that momentum into the Copa America, Venezuela can make some noise. Joining Martinez are three other MLS players — Junior Moreno of D.C. United, Jefferson Savarino of Real Salt Lake and Rolf Feltscher from the LA Galaxy all will join Martinez in their quest for South American glory.

Look for both teams to go for it early on in this match. If the United States can feed off the fantastic home crowd and get one early, this could be an easy ride for the USMNT. However, coming off the bad loss to Jamaica earlier this week, if Venezuela can get one early, the snowball effect could certainly come into play, and it could be a tough hill to climb for the Americans. Both teams are using this friendly as a final tuneup before they start major continental tournaments, so a victory for either is crucial.

This is just the beginning of the summer of soccer in the United States. Stay tuned to Cincinnati Soccer Talk as we will keep you up to date on all the big happenings.