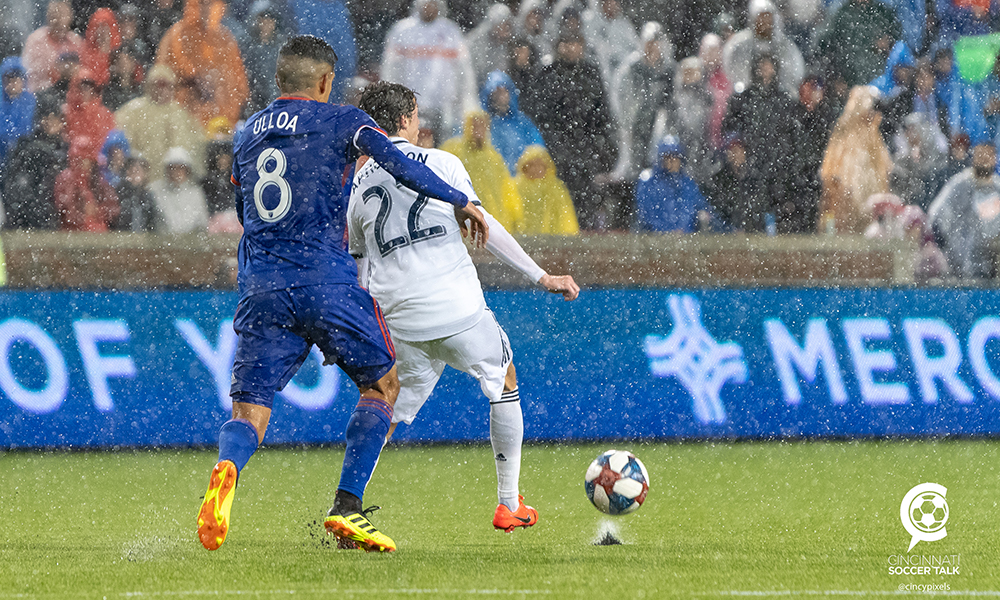 FC Cincinnati has not earned a point on the road since March. That came against a dismal New England Revolution who has fired and replaced a head coach since then. After dropping a result in Colorado this weekend, the club will quickly turn around and head to New York City to take on New York City FC. Having never played a non-preseason match vs NYCFC, FCC doesn’t have much time to catch up on the club.

New York City has not lost a match since March. They have navigated the past couple months alternating between draws and wins. No flashy headline for NYC as it remains steady in sixth place,  but it is consistent. Expect New York to hold more possession and to attack with a wide range of forwards. Just like last week’s opponent, City plays well in the second half. Away vs Columbus, it came  from behind twice to level the match. FC Cincy has struggled to hold onto matches as of late. The squad has found some offense since Alan Koch’s release, but turnovers in the back have doomed the defense. Look for FC Cincinnati to continue to find an answer on the back line as Greg Garza remains out with an injury.

As if injuries and expansion difficulties were not enough to overcome, FC Cincinnati finds itself without four regular starters. Gold Cup impacts most MLS teams, but few lack the depth of Cincinnati. Allan Cruz, Kendall Waston, Alvas Powell and Darren Mattocks all have temporarily left the club to play for country. Recently recalled Rashawn Dally was also called up provisionally for Jamacia but will stay with FC Cincinnati for now. Interim coach Yoann Damet is forced to play with a thin roster. Kenny Saief has not been participating in practice. Expect to see a whole new starting 11 this week and one that has likely not played together yet. Fanendo Adi will lead the side with Frankie Amaya and Emmanual Ledesma expected to start. Forrest Lasso may also get his chance to reenter the match with Waston and Powell both gone.

NYCFC is a team with heart, and it has proven it fights for goals the full 90 minutes. Each opportunity will count in this match for FCC. Cincy is unlike to generate extra chances, so it needs to make the ones it gets count. Adi and Ledesma will need to work together. Amaya needs more touches around the box. Most importantly, shots on target need to rise. The key to winning this match is outscoring New York. Fans have seen glimpses at how FC Cincinnati can achieve that. Missed opportunities are a theme of the inaugural season. Some have coughed it up to bad luck or unfortunate bounces. Whatever the cause, shots need to find their way into the net instead of almost getting there. Yankee Stadium will be a new experience for FCC, take advantage of the clean slate. A win away will give FC Cincinnati fans at home a much-needed distraction.