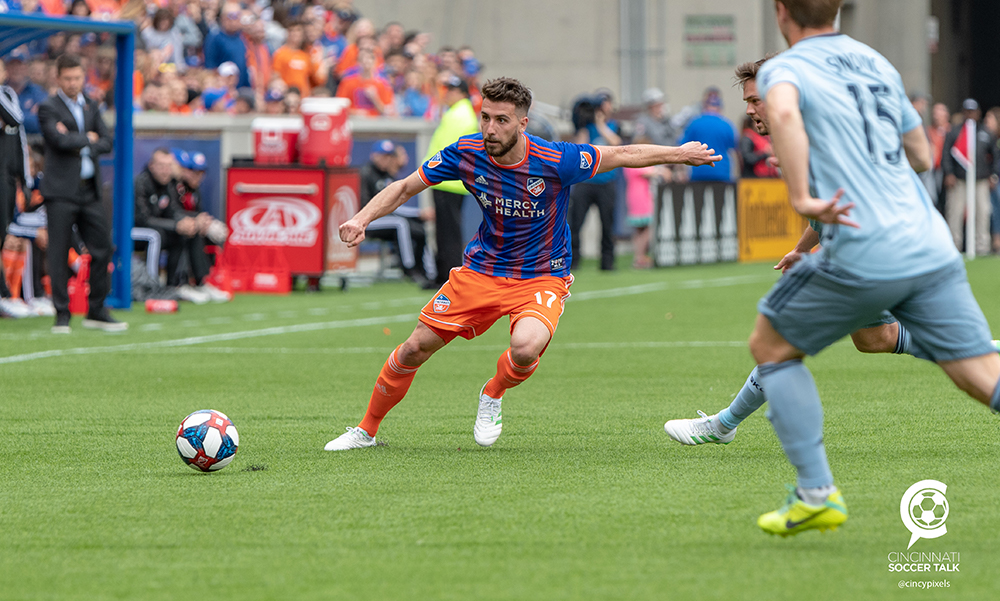 FC Cincinnati fell 3-1 to the Colorado Rapids on Saturday, leaving the Orange and Blue with the fewest points in MLS.

FC Cincinnati waited seven hours at CVG on Friday for its flight to Colorado to take off. The club landed after 1 a.m. Eastern Daylight Time on Saturday.

Whether it was the lengthy delay, the altitude, facing a Colorado Rapids team on the rise or a combination thereof, it’s hard to tell. But after spending most of the first half on its front foot, FC Cincinnati stumbled in the second half Saturday at Dick’s Sporting Goods Park in a 3-1 loss to the Rapids.

The Rapids (3-9-3, 12 points) finish an eight-day stretch with seven points and are unbeaten in their last four. They remain in 12th place in the Western Conference but are just three points out of ninth. FC Cincinnati (3-10-2, 11 points) now has the fewest points in all of MLS and remains stuck in 12th in the Eastern Conference.

Against the Rapids, FC Cincinnati started on the front foot. A healthy portion of the offense ran through Roland Lamah on the right side. The best chance came in the 42nd minute when Fanendo Adi dribbled inside the box, switched feet and fired, just missing his shot.

In the following sequence, the Rapids punched through. Rookie Andre Shinyashiki took a cutback just to the left of the penalty spot and slotted it past Spencer Richey for a 1-0 lead.

“We played at the end of the first half a couple of mistakes,” FC Cincinnati interim coach Yoann Damet told sideline reporter Lindsay Patterson after the match. “It’s unfortunate, but we need to keep working.

Kekuta Manneh subbed on in the 70th minute. In the 72nd minute, he took a through ball over the top from Lamah and made a nice run to draw out Tim Howard. Lamah slid it past Howard’s right side to level the match at 1-1.

Immediately afterward in the 73rd minute, Nicolas Mezquida scored from the right side to put the Rapids back on top, 2-1. And in the 82nd minute, Diego Rubio caught the FC Cincinnati defense flat-footed with a header off a corner kick that appeared to deflect off of Powell.

FC Cincinnati had 60% of possession and completed 84.2% of its passes. Corben Bone subbed on in the 60th minute, making his first appearance since March 24.

It’s a short turnaround for the club with a midweek road game Thursday at New York City FC before a 16-day Gold Cup break.