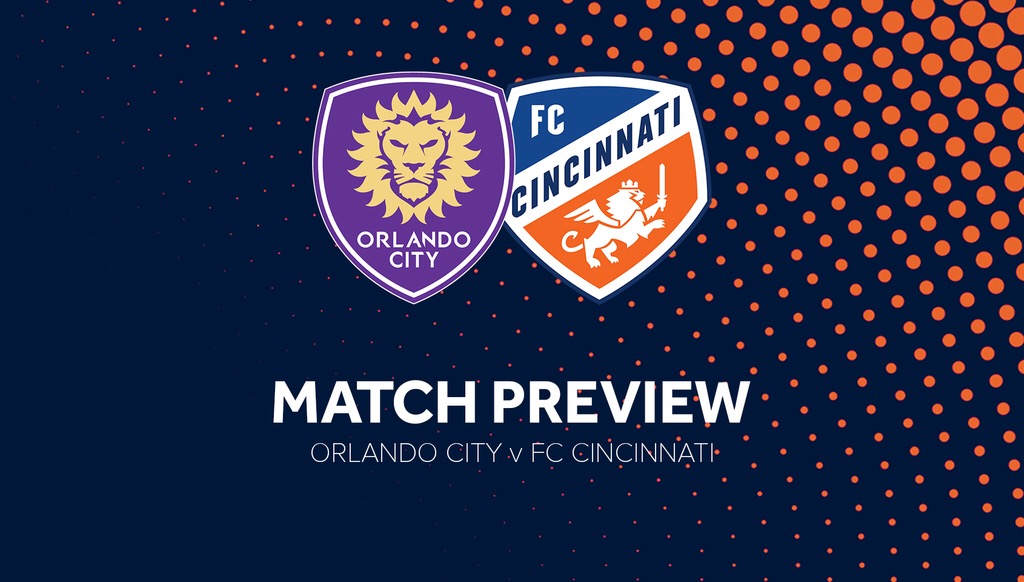 FC Cincinnati goes into Week 12 looking to string together back-to-back wins for the first time since March when it travels to Central Florida to take on Orlando City SC at 3 p.m. Sunday. This match will be the first time that the Orange and Blue will face Orlando City in club history. The two clubs meet again in September.

Even though these sides have never faced each other, there are still some notable connections. The most glaring connection is between FC Cincinnati and Orlando City SC head coach (and former Louisville City FC head coach) James O’Connor. During his time in Louisville, FC Cincinnati and Louisville City shared one of the most competitive and intense rivalries in the USL. Like it or not, O’Connor also had some success against the Orange and Blue in the USL, posting a 4-3-2 record over the span of two-and-a-half seasons.

Despite a win against the Montreal Impact last Saturday, FCC still sits at 11th on the Eastern Conference table, only in front of the New England Revolution. However, with three straight matches against clubs currently out of the playoff picture, the next couple of weeks provides FC Cincinnati with a chance to continue picking up points to push itself back into the Eastern Conference playoff chase.

The biggest objective going into this match for FC Cincinnati is to show fans that last weekend’s game was not a fluke. It is important for the starting XI to go into this match with the mindset of building upon the successes of Saturday’s 2-1 win over Montreal and showing consistency on the pitch. If FCC can continue to maintain possession and create offensive opportunities, it will go a long way in helping the club to form an identity moving forward.

Going into Orlando, it will be interesting to see what changes are made to the starting XI for FC Cincinnati. Allan Cruz is still recovering from an injury that he acquired late in Saturday’s match and is uncertain for the match this Sunday. Interim coach Yoann Damet said that Cruz is recovering, saying “He’s doing well. It’s going to take a bit of time.” If Cruz is unable to go against Orlando, there is a possibility that Kenny Saief could replace him in the starting lineup. While Saief was out last week with a calf injury, he has practiced with the team this week.

Another change that could occur to the starting XI is the swap of Darren Mattocks for Fanendo Adi. If Adi is fit enough to play a full 90 minutes, or at least start the match against Orlando City, it is not unlikely for Damet to insert his designated player back into the starting lineup for Mattocks, who has contributed very little offensively so far this season. Also, Kendall Waston and Leonardo Bertone are each sitting on four yellow cards. Damet could make the decision to rest these players to make sure they are eligible to play in the match against the New York Red Bulls next weekend.

Orlando City SC enters this match desperately needing a win after suffering defeat in its last three matches, most recently coming off a 2-1 defeat against the Seattle Sounders on Wednesday. Orlando currently sits at 10th place on the Eastern Conference table with a record of 3-6-3 and 12 points, just one point ahead of FC Cincinnati with the same amount of matches played.

Orlando City has multiple scoring threats, with midfielder Nani scoring five goals in eight starts and forwards Chris Muller and Dom Dwyer also netting home three goals apiece. In addition to scoring goals, Nani also does a great job setting up players to score, leading the team with four assists. Orlando City’s primary weakness so far this season has been its defense. Orlando City is also tied for second for the most goals allowed in the Eastern Conference and have allowed multiple goals in seven of its first 12 matches. Once again, this provides the Orange and Blue with a great opportunity to put balls in the back of the net.

This match against Orlando gives the Orange and Blue the chance to continue to build upon the success that they experienced during their first match under Damet. If FC Cincinnati can play consistently and distribute the ball well for 90 minutes, there is a good chance that it could leave Orlando with three points.