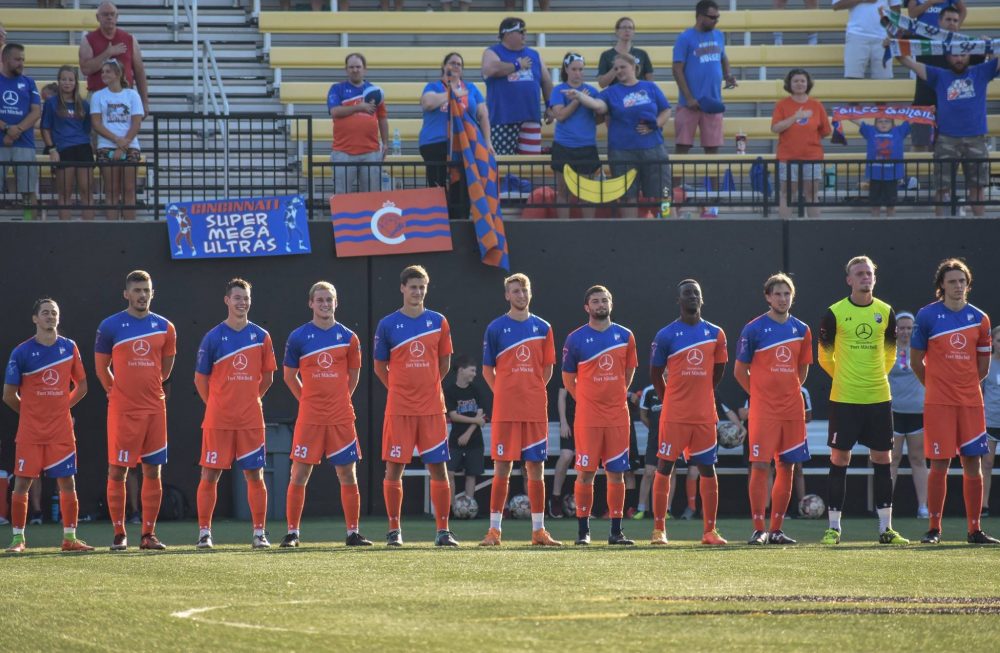 The Dutch Lions open up their season against West Virginia. The Chaos have rebranded for 2019 and have become the West Virginia Alliance.

The Cincinnati Dutch Lions, of USL League Two, open their 6th Season on Friday, May 10th, at the Northern Kentucky University Soccer Complex. Kickoff is scheduled for 7 pm.

CDLFC look to improve their position in the table after finishing third in the Great Lakes division last season under, first-year head coach, Paul Nicholson. Nicholson returns with a retooled roster and high expectations from the supporters this season. With a number of new players joining an already solid core group of returning players, the Cincinnati Dutch Lions are pushing for a Great Lakes Division Championship in 2019.

Wesley Storm returns in goal for the Dutch Lions after a season record tying 6 shutouts in 2018. (Zeus de la Paz had 6 in 2017) Storm also holds the record for most saves in a single match at 12. (Lansing June 2018) He looks impressive during his preseason workouts and many expect him to compete for USL 2’s golden glove award this season.

Joining the Orange and Blue for his first season is 2018 Horizon League Freshman of the Year, Alex Willis. The NKU “Rookie of the Year” joins the Dutch Lions after an impressive 16 goal and 7 assist campaign this past Fall. This Spring, Willis scored 4 goals in a match against Dayton.

The Dutch Lions open up their season against West Virginia. The Chaos have rebranded for 2019 and have become the West Virginia Alliance.

Rebranding isn’t their only change this year as the Alliance, and owner Joe Johns, welcome their 8th manager in the club’s 16-year history, Daniel Smee. Smee played for the West Virginia Chaos from 2013-2016. In addition to his role with the Alliance, he is also the Assistant Men’s Soccer Coach at the University of Charleston. West Virginia has always played a very physical style against the Dutch Lions in the past and the expectation this year is no different.

West Virginia opens their season with six consecutive matches on the road. Highlighting their roster is former CDLFC player, Jeremy de Hoog, as they travel to Cincy for the first match of their long road trip.

Tickets for the opener can be purchased online at http://www.CDLFC.com or purchased the day of the match at the gate. Follow the Dutch Lions on Twitter @CincinnatiDLFC to #supportlocalsoccer and for more information regarding #DutchSummer.

Ryan Sparks for @cincysoccertalk Ryan Sparks a huge supporter of local soccer in Cincinnati put together a preview for CST readers. Thanks for 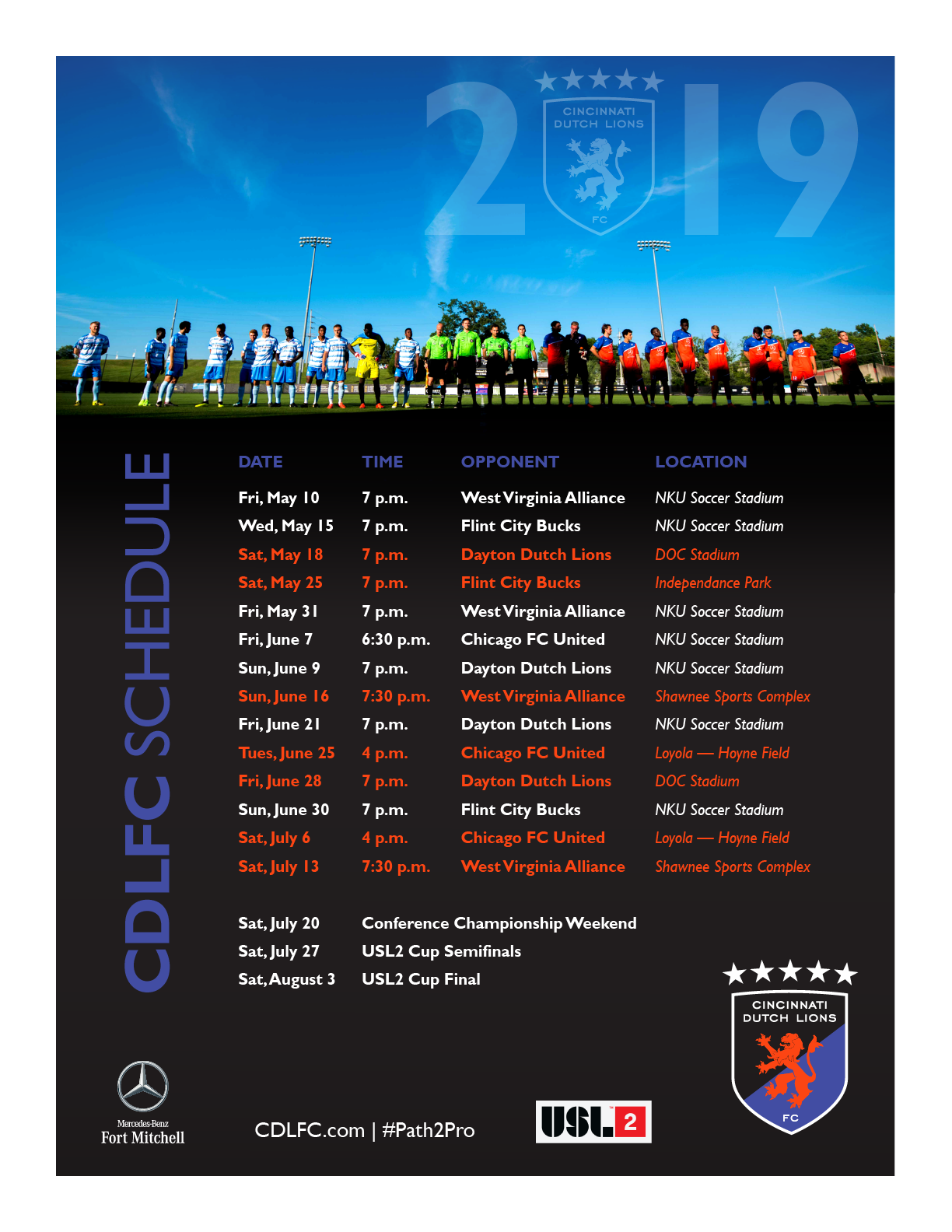