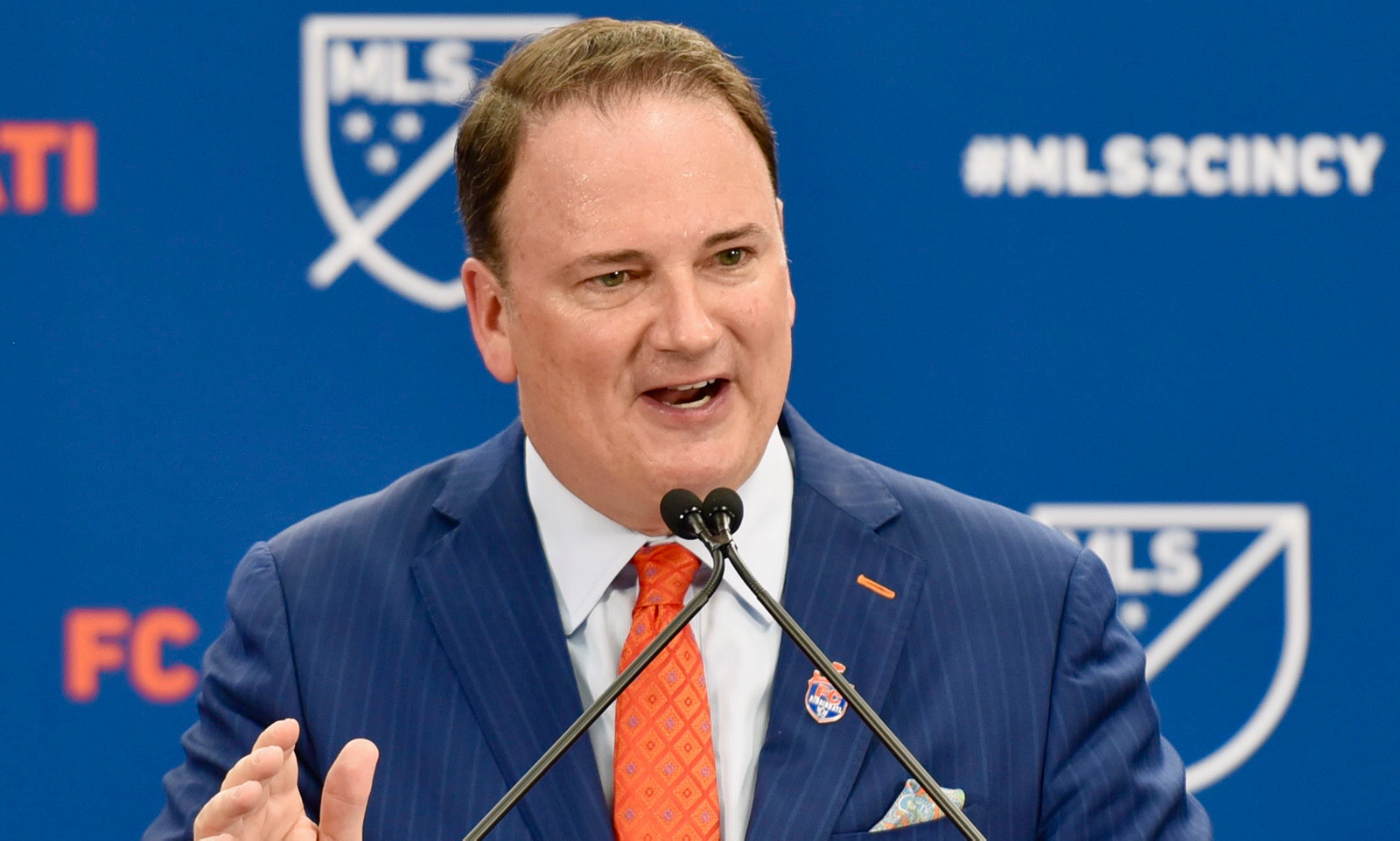 On July 25, FC Cincinnati president and general manager Jeff Berding said then-coach Alan Koch was “a difference-maker and a winner and we’re excited to know he’ll guide us into our future in Major League Soccer”. That future for Koch lasted all of 11 matches, and now FCC’s immediate future is less certain.

On Tuesday, with the club having gone scoreless during a five-match losing streak that sent them to the bottom of the Eastern Conference standings, Koch was relieved of his duties. Berding indicated there was more to Koch’s ouster than just a lack of results on the pitch.

“After a series of recent issues and a team culture that had deteriorated, we determined that it’s time to make a change,” said Berding in a press release. “This decision is not driven by game results themselves.”

FCC had a little more than nine months to build its roster from the time MLS granted the expansion bid to the March 2 opener at Seattle. FCC’s 277 days were nearly seven months less than Orlando City had to build its team. Atlanta United had nearly three years. LA Galaxy had more than three years.

In the short amount of time they had, FCC built its roster from the backline forward with the idea to be competitive, stay in matches and try and grab goals off the counter-attack. To the surprise of most, FCC had eight goals from eight different scorers in the first four matches including wins over Portland and New England and a draw at defending champion Atlanta.

But injuries for key defender Greg Garza and Fanendo Adi’s seven-match absence due to injury and an OVI arrest were among many factors contributing to FCC’s recent slide. That and perhaps a first-year MLS head coach who began to overthink things during a difficult time.

That said, firing a head coach less than two months into an expansion year is a curious move. Berding said Koch was the right guy to lead FCC into MLS, but then 11 matches into the first season he isn’t?

The assumption was that FCC considered this season to be the beginning of a “project,” a word Koch himself used often, with an obvious conclusion in 2021 when the new West End stadium is expected to open. It would make sense then for FCC to spend the next two seasons building the roster and the organization with that target in mind.

But on Tuesday, Berding said “Our whole locker room is committed to our club goal of earning an MLS postseason bid.”

Most likely he’s speaking about 2020. Even with an additional playoff spot available, there isn’t much precedent for expansion clubs reaching the playoffs in MLS, and none working under these tight time constraints. In 2017, Atlanta became the first MLS expansion team in eight years to reach the playoffs, then won the title the next season. The only other expansion teams to make the playoffs are the Chicago Fire (1998) who won the title in their first season, Miami Fusion (1998), the Seattle Sounders (2009) and Los Angeles FC (2018).

If Berding believes FCC is capable of reaching the postseason this year and Koch was going to fall short of that goal, fine. But it appears the issues went much deeper than this.

Sources close to the club described the present environment as “toxic,” and some of that toxicity leaked into recent postgame comments when Koch took a veiled shot at management when he said the club simply didn’t have enough quality players and Adi questioned the club’s lack of identity. Without mentioning Koch directly, Adi said there were unnecessary changes in formation that resulted in guys playing out of position.

If the dressing room culture had eroded to the extent that Berding has suggested, perhaps they had no choice but to make a change. This is a club that speaks often about culture and its importance. Once the respect of a coach is lost among the players, it can do irreparable harm.

“Rarely are you going to have success if you have poor culture,” Berding said Tuesday night during a special edition of the Cincinnati Soccer Talk podcast. “We saw significant deterioration within the culture of the soccer group.”

Still, it’s a bad look, especially for a club that also hasn’t been scoring much in the public relations arena in recent months.

Recent headlines, unfairly reported or not, about displacing low-income families to secure stadium property, adversely impacting Cincinnati Symphony performances and bickering with the Cincinnati Ballet over parking, has taken some shine off what still is one of American soccer’s great feel-good stories.

A lot of this, however, can be attributed to the harsh realities inherent in being a major professional sports franchise. Stadium deals in pro sports rarely are amicable, despite FCC’s efforts to make this one so. The pressure to win is much different in MLS than it was in the USL.

FCC (2-7-2) will undergo an international search for Koch’s permanent replacement. For now, assistant coach Yoann Damet, a popular figure among the players, will take over on an interim basis. Damet, 29, now is the youngest coach in MLS. Berding called Damet a good “caretaker” but hinted that the next coaching hire could be the guy to lead the club toward the opening of the new stadium.

“When you have days like today, everybody has to look in the mirror,” Berding told CST on Tuesday. “I own that. All I care about is winning trophies for this city. If changes need to be made, I will make them as long as they are to that end.”

There are 23 matches remaining in the MLS regular season beginning with Saturday against the Montreal Impact at Nippert Stadium. After spending three years chasing a dream, we wondered when reality would hit FCC. That time is now.

“This is the next stage in the evolution of FC Cincinnati,” Berding said.