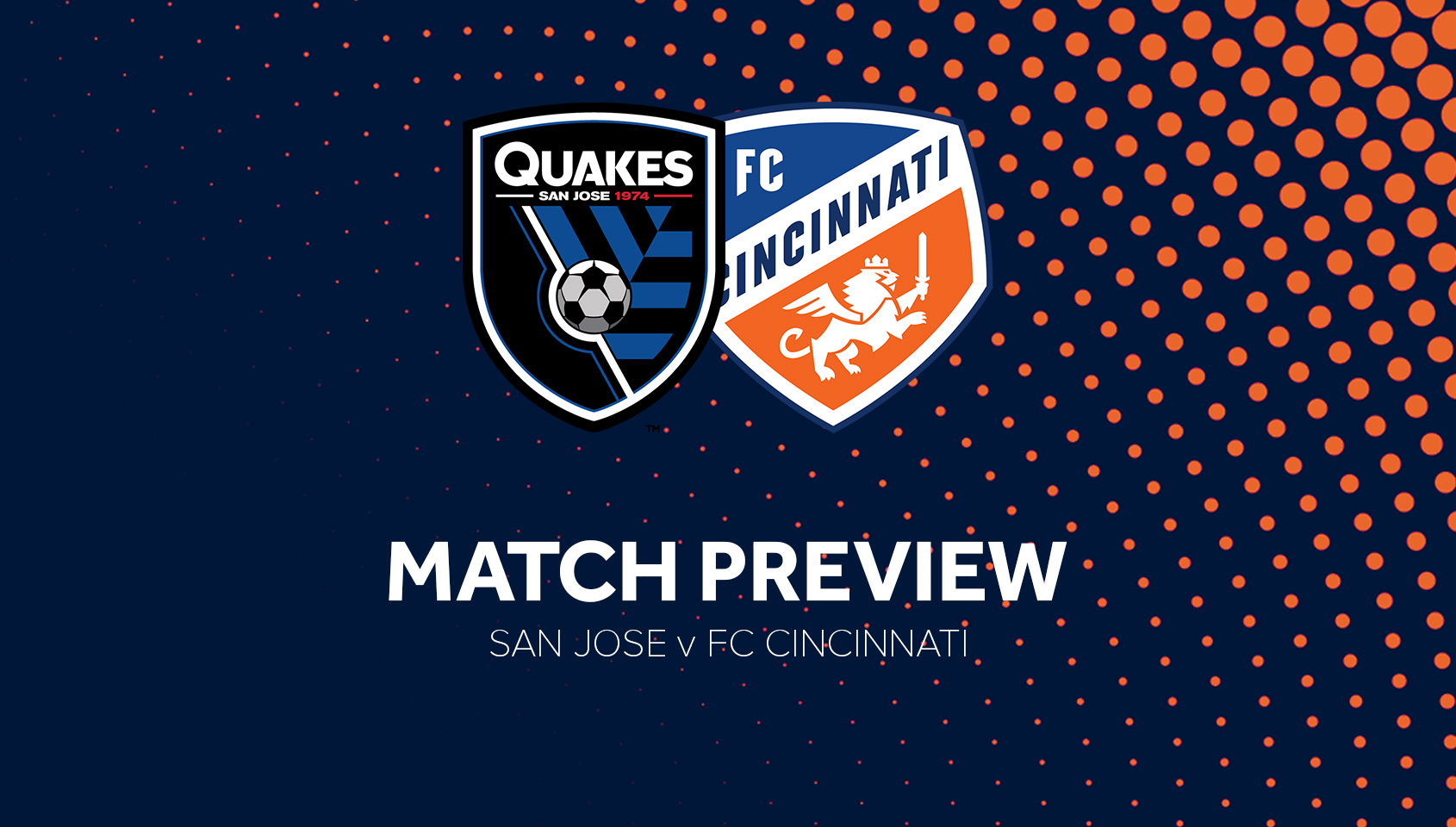 FC Cincinnati will look to end its franchise-record six-match winless streak when it goes on the road against the San Jose Earthquakes. Kickoff is 10 p.m. Saturday at Avaya Stadium in San Jose, California. FCC is, as I’m sure pretty sure most of you know, not doing so well.

I feel like every match preview I am talking about how much the team needs to improve not only on the offensive but defensive front as well. The offensive aspect is well documented. FCC has gone 411 minutes without scoring a goal at all. Think about that. I could go and see “Avengers: Endgame” twice and enjoy it more than any of the soccer I’ve seen from FCC in that time.

Basically, FCC hasn’t been playing attractive soccer lately. It has also been 565 minutes since the team has scored a goal in open play. The offense has been hard-pressed to find any chances to score, only getting two or three a game. However, the strikers who have had those chances also should have put at least one away. It’s been both the midfield as well as the forwards’ fault for not scoring in that span.

However, the defense hasn’t been playing well in a while either. The defense is the part of FCC that was supposed to hold together and make sure the losses didn’t pile up. During the six-match winless streak, FCC has allowed 11 goals, including three against Real Salt Lake.

For a team finding it hard to score, it’s not good that the defense is allowing goals at this pace either. On the season, FCC has let in 16 total goals, which is 1.6 goals per game. For a team who is scoring at a clip of .8 goals per game. that is not good enough. That .8 also looks gorgeous next to how horrendous the offense has been the last few matches.

San Jose has scored a total of 12 goals this season, including four against Sporting Kansas City, which FCC only scored once against. Also, a couple of matches ago, San Jose played to a 2-2 draw against the Seattle Sounders. San Jose’s top scorer is midfielder Shea Salinas, who has four goals so far this season. Forward Danny Hoesen also has three on the season. These two players alone have more than half of the goals for San Jose.

Another player to watch is Cristian Espinoza. He knows how to attack and could weave his way through the FCC defense if it isn’t ready. San Jose is pretty good at using the through balls and getting in between the defense. FCC will need to be able to communicate very well during the match.

San Jose, on the other side of the ball, has allowed more goals than FCC has, giving up 19 goals in one less game. That’s more than two goals a game, 2.1 in fact. That number is quite skewed, however, because of a five-goal match from San Jose against Carlos Vela and Los Angeles FC. Even though the number is skewed, it is vulnerable to being attacked.

This could be the perfect match for FCC to try and get back on the score sheet, as well as add something to the point column. A potential return for Fanendo Adi as well might be just what the team needs to get back where they were before his injury derailed some of the good things we saw them doing at that point in the season.