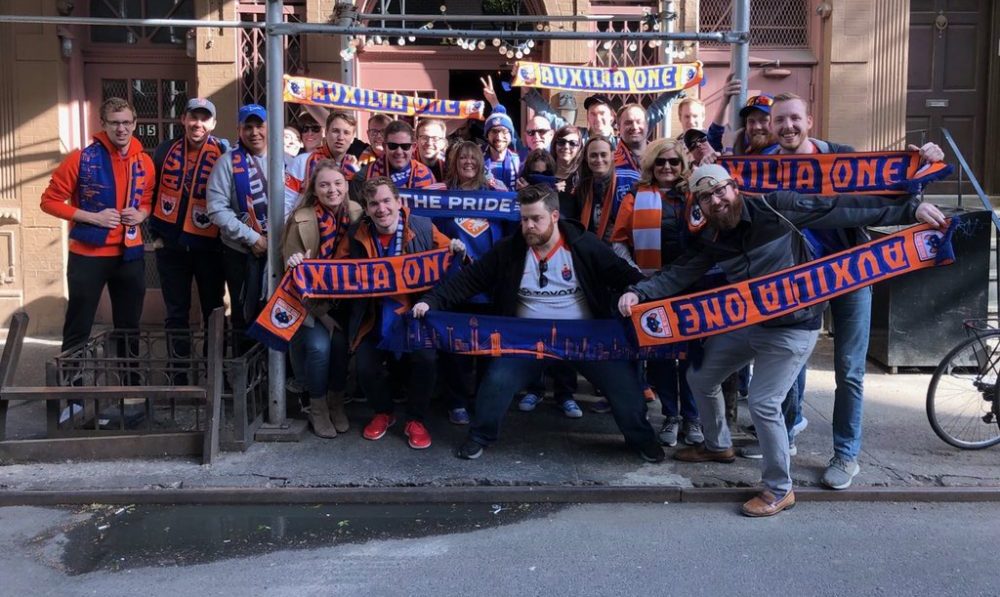 Auxilia One has built something amazing in New York City for FC Cincinnati fans and if you ever find yourself in the Big Apple on matchday, you know where to go.

NEW YORK — In its second year, Auxilia One has grown into a strong and healthy FC Cincinnati supporter group. The movement began 637.4 miles away from Cincinnati. Just over a year ago, a reddit post sought to get Cincy transplants in NYC together to watch a match. Others had tried remote groups before, but Auxilia was serious about making it last. The first watch party was held at Banter, a bar in Brooklyn. Around nine people showed up that day, and it has grown ever since. Auxilia One has become a haven for transplants and traveling Cincy fans in NYC.

What started as a place for Cincy fans to watch soccer away from home moved into an established group with its own culture. Auxilia One has become the leaders of the north. They take the lead for matches not just in NYC but also in the New England area. On Saturday, we finally experienced it ourselves.

It was a chilly afternoon, but it’s not a Cincinnati match day this year unless it’s cold with a threat of rain. Auxilia One moved the pre-match festivities to Barrow Street Alehouse in the West Village for an easier subway trip to Harrison, New Jersey. The bar was filled with Orange and Blue three hours early. The locals told us how they built the group and assured us they could get the Cincy folks to New Jersey by rail just fine. At 5, after many a beer, the Cincy fans marched to the PATH station. Chants of “Cincinnati Here We Go” bouncing off the buildings turned many a NYC head and earned a lot of strange looks. 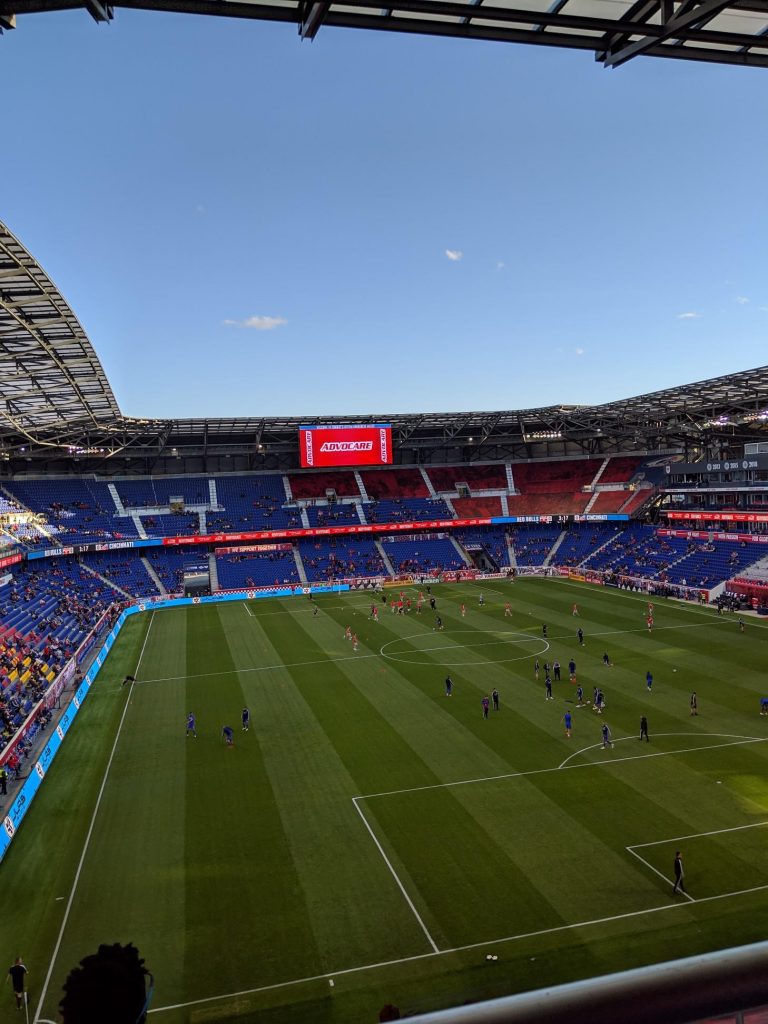 Everyone managed the subway just fine and the locals made sure everyone made the transfer over to Harrison. Zero fans were lost along the way despite some confusion on which of two stations would make a better switch. Once in New Jersey, it was a quick walk to the stadium. Red Bull Arena is a beautiful place to take in a match, even if the result isn’t in your favor. The end result happened not to work out for away fans this time, but it was a fantastic and memorable trip. Auxilia One has built something amazing in New York City and if you ever find yourself in the Big Apple on matchday, you know where to go.

You can learn more about Auxilia One at their website