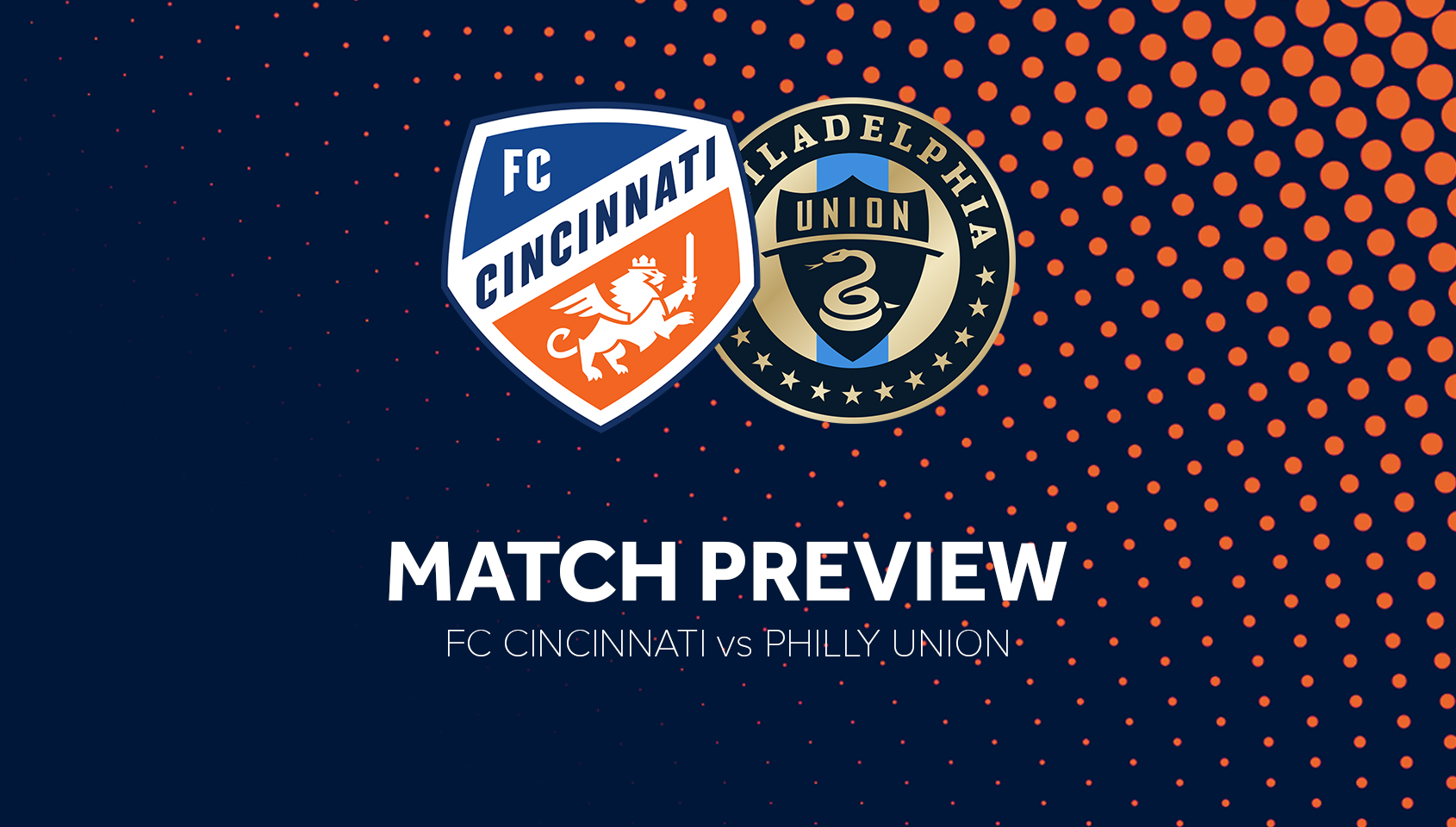 FC Cincinnati will look to return to a better form when it goes up against the Philadelphia Union at 7:30 p.m. Wednesday. This will be the second time FCC has faced the Union. The first time match was a 2-0 loss in a downpour at Nippert Stadium on March 30.

FCC is riding a five-match winless streak, which is tied for the longest stretch in club history. FCC is also now 11th on the Eastern Conference table, in front of only the New England Revolution. They currently hold the head to head battle over the Revs whom they beat earlier in the season.

The drop in the standings is mainly due to Cincy’s inability to score goals. It just isn’t something it is able to do with its offense right now.

It has been 321 minutes since it has scored any kind of goal. That goal was Darren Mattocks’ penalty kick against Sporting Kansas City a few matches ago. The last goal from open play was scored 475 minutes ago. That one was scored by Kenny Saief in the match at the Revolution. So, it’s easy to see it’s been a while since FCC has placed one in the back of the net.

This will need to change if FC Cincinnati wants to turn the season around and salvage some points. There’s a possibility Fanendo Adi sees time in this match. Darren Mattocks hasn’t made much of an impression, so something needs to change.

That includes the midfield. The way the midfield is structured now, nothing is going to change. Kenny Saief is playing in the wrong position and because of that, he can’t use his skills to his best. Also, Leonardo Bertone has continually had trouble at his position. He can’t make the right passes and seems to get flustered very easily.

FC Cincinnati is going up against the Union, who are third in the Eastern Conference. They have 14 points this season with a goal differential of +3.

Since going up against FCC, Philadelphia has gotten a result in three of the last four matches. Two of those were wins, including one against a good FC Dallas team. The only loss came at the hands of the LA Galaxy.

In that time, the Union has scored six goals, three of them coming against the Montreal Impact. David Accam hasn’t scored a goal since the match against FCC, however. It has been other players who have gotten on the score sheet. Philadelphia has scored a total of 13 goals this season in nine matches. Similar to FCC, Philadelphia has eight different players who have scored. However, in their case, multiple players have scored more than one. Other than Accam, who has three goals, Alejandro Bedoya, Cory Burke and Marco Fabián have two goals each. They are able to spread the ball around, and many can score. That’s going to be a problem for FCC.

However, it isn’t going to be easy on the other side of the ball for FCC either. As we saw in the match against the Union, they also aren’t bad on defense. Andre Blake is a good goalkeeper. Unless FCC’s ineptitude on offense can be quickly fixed, I don’t think FCC will be able to get points from this match.

FCC’s season is quickly turning into what we thought it was going to look like prior to the season. They got a decent amount of points against teams we thought were good but weren’t. However, now that FCC is finally going up against proper teams, their weaknesses are getting exposed. If they want to compete late in the season, a lot of things need to change and fast. That starts with the upcoming match against the Philadelphia Union.