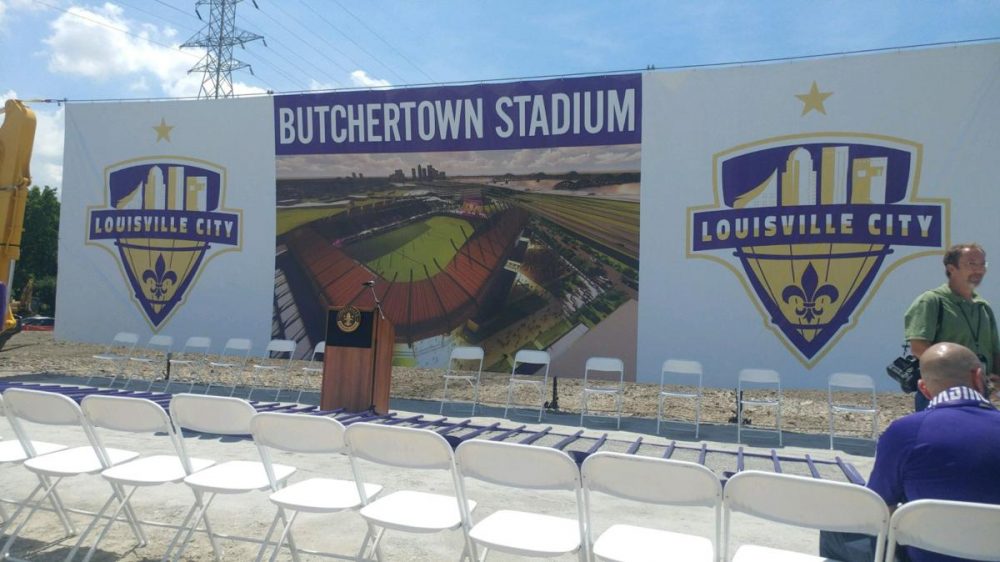 In a bold move to grow talent for its MLS team, FC Cincinnati is set to buy out the ownership rights to Louisville City FC. The move is a huge surprise as both cities currently have stadiums under construction and boast large and passionate fanbase. Both clubs became bitter enemies during FCC’s time in the USL and many thought those relationships were irreparable. Jeff Berding managed to pull off another big upset getting all parties to the table for this deal.

Louisville City owners recently spent time in Cincinnati securing loans for their stadium. During one visit, a group split off to go check out the SkyStar Wheel before a purchased Groupon expired. Once in line, someone joked about how Cincy and Louisville would be great partners if they were not such bitter enemies. It was all laughs until they were trapped in the glass cage of the SkyStar. The wheel circled and circled and then got stuck right as the group reached the top. Panic set in and life decisions were reevaluated. After calling loved ones and writing a will, one owner suggested burying the hatchet with Cincinnati should they survive the ordeal. Survival did indeed happen, and the group immediately went to FCC’s Fourth Street offices to talk. 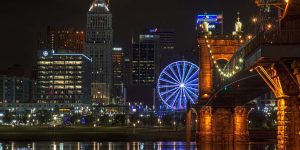 Fans from both teams immediately criticized the move. Frank Buford, an editor for LouisvilleCoopers.com, called the decision to sell “asinine.” “We built this club from the ground up,” says Burford; “FC Cincinnati thinks they can come in here and buy our stars? People thought Save the Crew was a big deal; wait ’til you see #KeepCityPurple.” Cincinnati fans also had a few choice words. James Ribbet, a member of the Pride said, “I want nothing to do with that city down south. Do you think fans want to attend matches in Butchertown? I would rather drive to Harrisburg, Pennsylvania every week than attend another match in that wannabe city.” Cincy Super Fan ripped his cape in half when he heard the news and refused to talk after throwing it over a Bailey drummer who impressively maintained his beat through the ordeal.

How Will It Work?

There are more questions than answers at the moment. We asked Jeff Berding to clarify a few issues that some readers may have.

Will Louisville City still maintain its identity and winning culture?

Berding – We do not want to go into Louisville and change everything they do. That entire supporter section of drums they have can stay. We are not going to ask the Coopers or the Black Sheep to change their culture. FC Cincinnati just needs a place nearby to play its youth. We sent a keeper down to test this and Louisville fans have already embraced him as one of their own. The club is still working on a decision to get rid of the tacky purple and gold thing, but it is still early, and we will ask for feedback from Cincinnati fans.

What does the USL think?

Berding – They are obviously upset but they are always upset about something. They never liked it when I called the league a stepping stone. This time we are not announcing we want to leave the moment we start, though. FC Cincinnati is here to stay in USL through Louisville. Most of our USL trouble came from fighting with Louisville and James O’Connor.  These problems just solved themselves.

What would you say to calm the fans upset by this move?

Berding – Look, we know there will be skeptics and we will work to smooth this whole deal out. Louisville is already Cincinnati’s MLS media market so these moves are natural. Now it won’t look like an attack when we set up billboards and advertise FC Cincinnati on local Kentucky television. The state of Kentucky has been looking for a major league sport to follow for a while now, and we feel like this is a way to tap into that market. Some fans will holdout and follow their local recreation league, but we trust they will eventually come around.

Stay tuned to Cincinnati Soccer Talk as we launch a new website Louisville City Soccer Talk, and have a great April Fools Day.