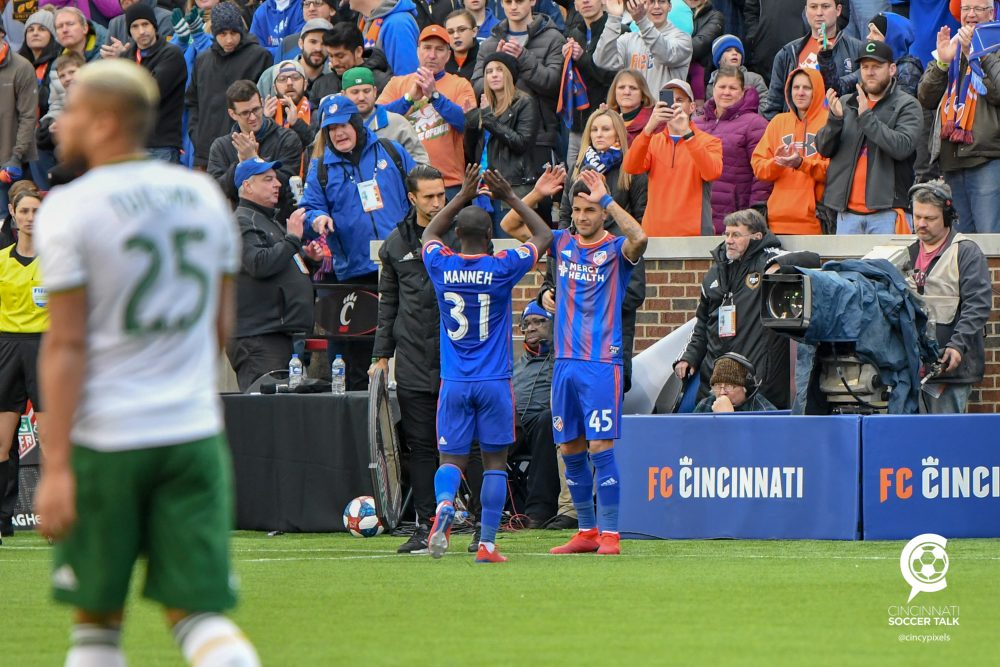 It has been a good couple of weeks for FC Cincinnati. After a 3-0 home opener win, FC Cincinnati rightfully earned several spots on the MLS Team of the Week roster. Alan Koch won Coach of the week. FCC followed up that performance with a 2-0 vs New England. The team achieved this despite missing several of their players due to international duty. If you missed the match, we have a recap here along with players ratings.

This time, FC Cincinnati earned four spots on the MLS Team of the Week. Kenny Saief and Kekuta Manneh earned a place in the Starting XI, while Greg Garza was named to the seven-player bench. Alan Koch was again awarded Coach of the Week for the 2nd consecutive week. Koch picked up FCC’s first MLS win and did so without Waston, Cruz, Powell, and Mattocks at his disposal. FC Cincy turned to Lasso, Ledesma, Saief, and Garza to hold off the Revolution and earned a clean sheet.

Manneh and Saief both had a goal and an assist in Week 4. Garza made several stops and wore the captain’s armband in Watson’s absence. Adding to the complication of the week, FCC played their first match without starting striker Fernando Adi who was out with an ankle injury. Seven different players have scored all seven of Cincinnati’s goals this season. Koch plays a 4-4-2 system that has allowed players to get up the pitch and into the attack from positions all over the pitch. FC Cincinnati has also started 18 different players in just four matches. The roster depth is proving to be a reliable asset early for Alan Koch. 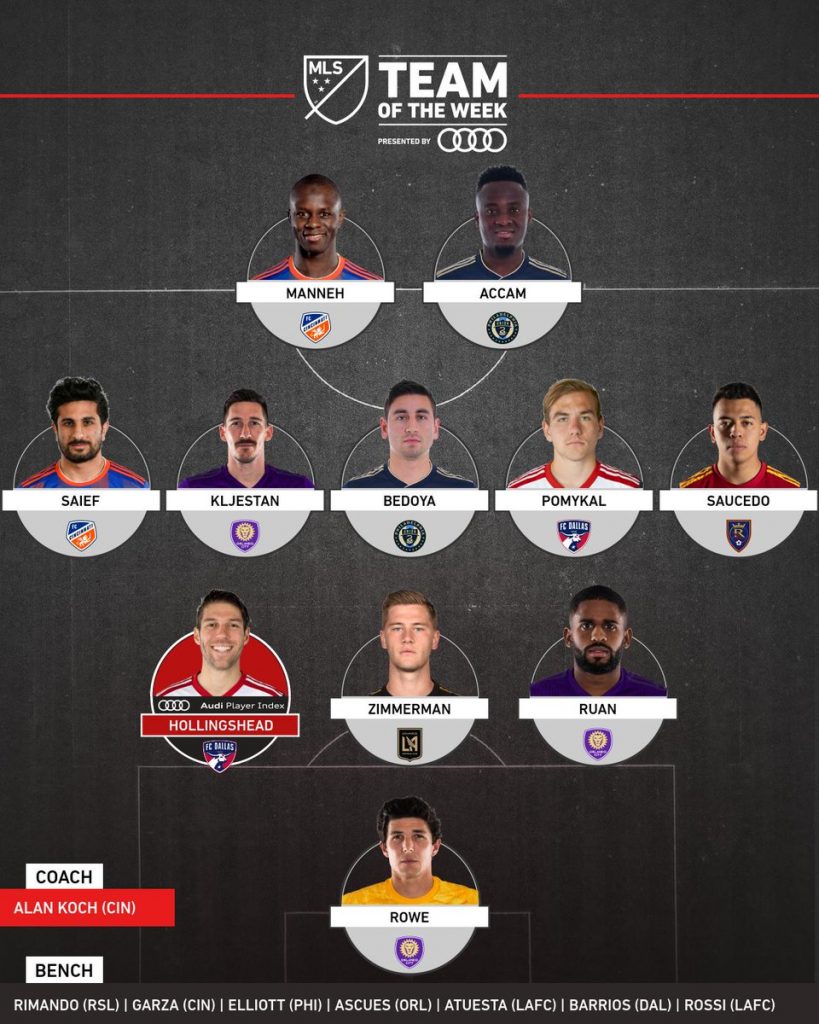 FC Cincinnati returns to Nippert this Saturday to play the Philidelphia Union. Stay tuned to CST this week for full coverage on the match.