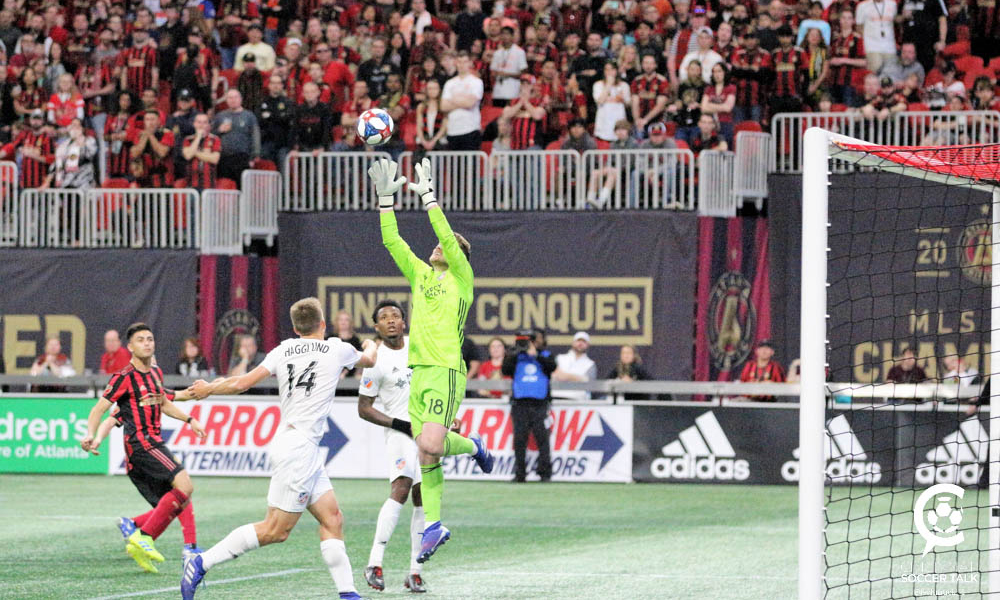 MILFORD — FC Cincinnati fans have been waiting months for the first MLS game at Nippert Stadium. Turns out, so has the club.

The anticipation for the home opener Sunday against the Portland Timbers was palpable after Tuesday’s training session at Mercy Health Training Center. FC Cincinnati last played at Nippert in October, losing to New York Red Bulls II in the USL Cup Eastern Conference semifinal round. After playing its first two MLS matches on the road, the club is looking forward to an electric atmosphere.

“The game had just finished against Atlanta, and I was already thinking about how cool Nippert was going to be on Sunday,” goalkeeper Spencer Richey said.

The club will also be happy just to be in town for an extended stay. The preseason began in January with a week of training at the University of Cincinnati. But then it was off to Bradenton, Fla., and Charleston, S.C., for friendlies, followed by road trips to Seattle and Atlanta to start the regular season.

“It feels like it’s been years since we played a game at Nippert,” FC Cincinnati coach Alan Koch said. “We’re excited to be at home and looking forward to feeding off the energy of our fans. … I’m also very excited for our players because most of our players haven’t played in front of our fans yet.”

That includes Cincinnati native and new acquisition Nick Hagglund, who said he’s never played at Nippert before but has played at neighboring Gettler Stadium during his days at Xavier.

“It’s a dream to be able to come out and perform in front of the people and the city that I love,” Hagglund said.

Like the first two matches, Sunday’s contest with Portland will be nationally televised, this time on FS1.

Nippert has been the scene of some of the club’s biggest moments — the 2017 U.S. Open Cup run and three playoff matches come to mind. Midfielder Corben Bone, a franchise original, has seen them all. Bone said he might recognize Sunday’s significance after the fact.

“Anytime you get to play at Nippert it’s a great experience, and I appreciate every one,” he said. “I think there are some that mean a little bit more, and that one (Sunday) will definitely be one of them — a milestone in this club and my career personally. I’m really looking forward to it. I’m sure it will be intense and an experience that will be hard to find gratitude and cherish in the moment, but afterward you’ll definitely look back and think about how special that was.”

Sunday’s match will be a reunion of sorts for former Timbers Fanendo Adi and Alvas Powell. Powell played six years with Portland before being traded to FC Cincinnati in December for allocation money. He played every minute of the 2015 MLS Cup playoffs, ending in a Timbers Cup title. He also played eight minutes off the bench in the Cup final loss last season in Atlanta.

FC Cincinnati acquired Adi as the club’s first designated player last July in exchange for allocation money after four and a half seasons with the Timbers. He played all 90 minutes in the 2015 MLS Cup finals.

Adi said he expects “a lot of emotion, but I’m playing in Cincinnati. If the game was going to be in Portland, it’s a little bit different. But playing it here in front of our fans, it’s going to be extra motivation.”

Sunday marks Adi’s first time playing against an old team. He said he still keeps in contact with his former teammates.

“They’re very good and close friends of mine, so we talk a lot,” Adi said. “We’ve already talked before the last game about them coming to play us. We have banter with ourselves — we joke about it, laugh about it. But as a professional soccer player, this is what you live for. It gives you extra motivation to play against your former teammates.”

Kekuta Manneh, who was subbed out of Sunday’s match in Atlanta in the 58th minute, has a minor knock, Koch said. Manneh was in the gym instead of on the training pitch on Tuesday and should be back “very soon.”

Przemyslaw Tyton is also nursing a minor ailment but could be available for roster selection Sunday, Koch said. The original diagnosis was seven to 10 days, and the club will make a decision as the week progresses. Tyton was kept out of action in Atlanta.