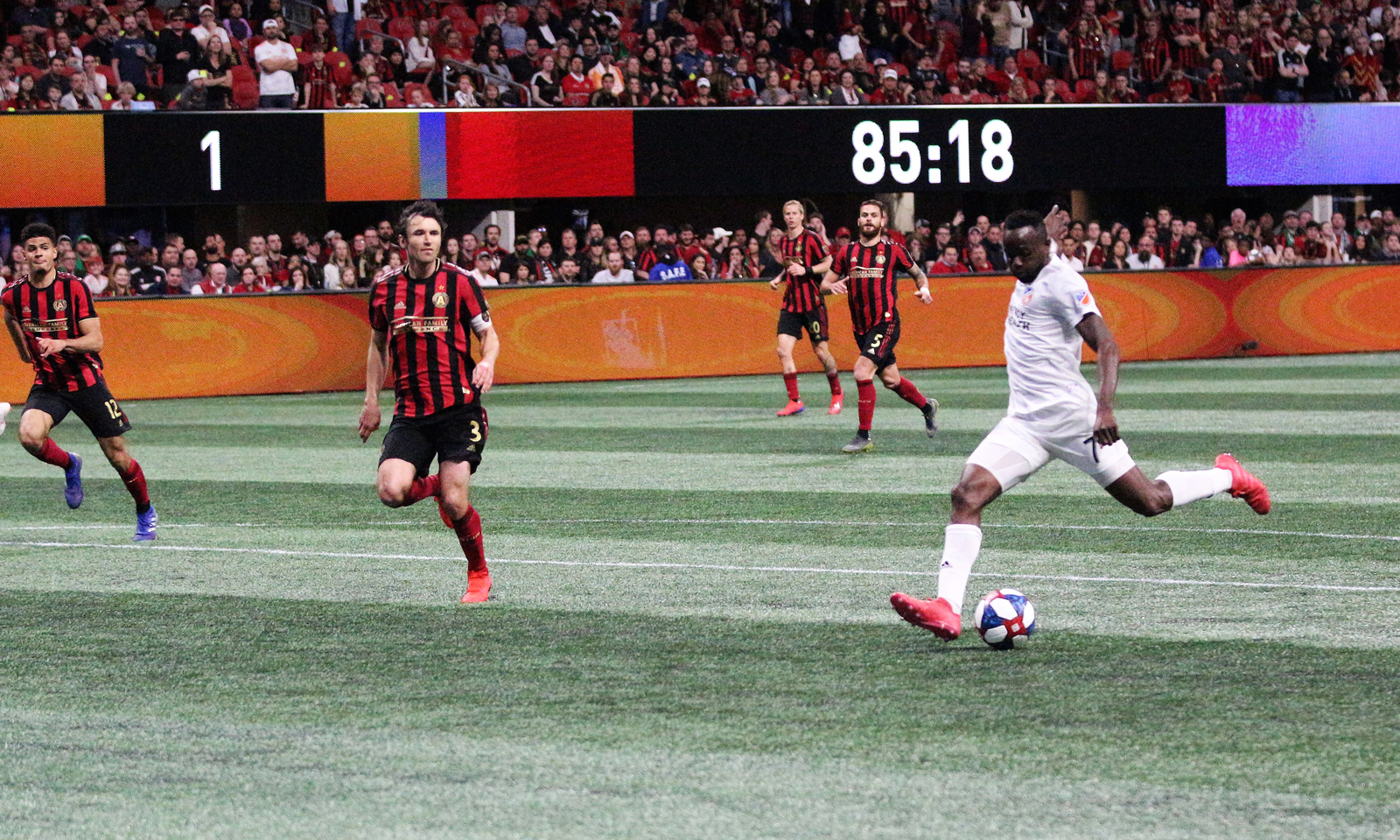 Week 2 of the 2019 MLS season finished with a bang when LAFC dominated the Portland Timbers 4-1 on Sunday night. However, that match wasn’t the only highlight of the weekend. Expansion FC Cincinnati more than held their own on the road against defending champion Atlanta United in a 1-1 tie. Meanwhile, in New England, the Columbus Crew earned an impressive 2-0 win over the Revolution.

Here is a look at our MLS Power Rankings after Week 2:

(Note: Early season rankings will fluctuate as teams settle. These rankings are in no way indicative of a final product. Legend: (W-L-T, LW: last week’s rankings )

2. Seattle Sounders FC (2-0-0, LW: 3) – Talk about dominant. The Sounders have outscored opponents 6-1 in their first two matches. We’ll get a look at how good this team is next weekend when the Sounders travel to Chicago for their first road game.

3. Columbus Crew SC (1-0-1, LW: 5) – The Crew’s 2-0 shutout of the New England Revolution boosts them into third. Columbus has a real chance to solidify its spot in the Eastern Conference with Atlanta struggling to find its place.

4. Minnesota United FC (2-0-0, LW: 12) – We knew Minnesota would be better this season, but no one predicted two solid road wins to open the season. We’ll get a better understanding of how good United is this weekend when they hit the road again against the L.A. Galaxy.

7. Sporting Kansas City (1-1-0, LW: 8) – Sporting Kansas City extended Philadelphia’s suffering to a second week with a solid 2-0 beating in their home opener. It wasn’t a pretty victory for SKC though. The win took a penalty kick and an own goal on the 10-man Union to put it away.

8. Toronto FC (1-0-0, LW: 9) – Toronto had the weekend off after competing in the CONCACAF Champions League during the week.

9. Houston Dynamo (1-0-1, LW: 16) – Mauro Manotas provides Houston with such a threat at any point in the match. His 86th minute goal sent the Montreal Impact to their first loss of the season.

13. Atlanta United (0-1-1, LW: 7) – Atlanta United led for much of the game against expansion FC Cincinnati. However, United’s defensive issues cost them again as Roland Lamah slipped past Atlanta’s back line and slotted in the tying goal late. We’ve seen defending champions struggle in the past. Will Atlanta get it together?

16. Orlando City (0-0-2, LW: 21) – City head coach James O’Connor has Orlando playing hard early in the season. The question is whether or not City’s effort will result in victories.

18. Colorado Rapids (0-1-1, LW: 15) – It’s difficult to judge the Rapids after suffering a 2-0 defeat in Seattle. However, the back line is a concern after giving up five goals in two matches.

19. F.C. Cincinnati (0-1-1, LW: 24) – Several questions still linger about F.C. Cincinnati, but it took a lot of nerve to earn a draw against the defending champions in Atlanta. FCC escapes the basement for one week after a great effort.

21. Portland Timbers (0-1-1, LW: 13) – It may be time to panic in Portland after the Timbers gave up seven goals in their first two matches.

23. Philadelphia Union (0-2-0, LW: 23) – There’s no shame in losing on the road in Kansas City, but there has to be some concern over the roster’s balance. There are problems across the board.