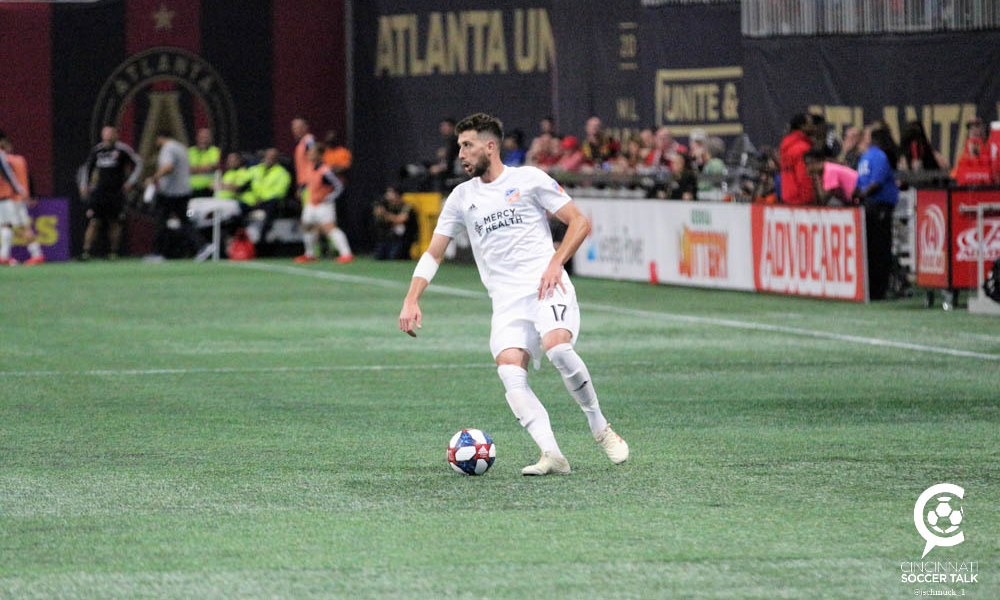 Los Angeles FC and Minnesota United have impressed early in the Western Conference, while defending champion Atlanta United has struggled in the East, including a 1-1 draw with FC Cincinnati on Sunday.

We are two weeks into the MLS season, and there’s a difference between teams. Some teams are looking like they won’t lose, while some look like they will never win. Early on in the season, the balance of power is focused out west.

Out west, Los Angeles FC showed why they are a force to be reckoned with this season and are a serious contender for MLS Cup. Carlos Vela is the clear leader for LAFC and is looking like he could run away with the MLS MVP award. Vela scored a goal and had three assists in LAFC’s 4-1 domination of the Portland Timbers. As expected, Vela was named MLS Player of the Week for his performance this week.

Another surprising team in the first two games is Minnesota United. Minnesota United is one of three clubs that have taken all six points thus far. More impressively is that Minnesota has won both matches on the road. Darwin Quintero is one that is has helped Minnesota in its hot start. Through two matches, Quintero is challenging Vela as the best player in the league this season, with two goals and three assists. Those numbers are good enough to lead the league in both goals and assists.

In Concacaf Champions League, MLS clubs took it on the chin in their matchups. The New York Red Bulls and Houston Dynamo both fell at home to Mexican opposition by the score of 2-0. Sporting Kansas City and Atlanta United went on the road and lost in their respective matchups. In the first leg of this quarterfinal round of the CCL, MLS clubs were outscored 9-1, with the second leg taking place this week.

Aside from Minnesota United, the biggest surprise in the league is Atlanta United. The play of the Five Stripes so far has been well below expectations, and manager Frank de Boer is certainly feeling the heat. In five meaningful matches this season, including CCL, Atlanta United has gone 1-3-1, being outscored 9-6 in those matches. With the demoralizing loss on the road in Mexico last week, coupled with the 1-1 draw with FC Cincinnati on Sunday, things in Atlanta could get a lot worse before they get better.

This week it was announced that another American has come back to play in MLS. Gedion Zelalem is the latest American player to come to MLS, joining Joe Corona and Kenny Saief. Zelalem has joined Sporting Kansas City after spending the last few years with Arsenal. Zelalem, 22, did spend a few seasons on loan with Rangers and VVV-Venlo before returning to Arsenal in 2017. Zelalem failed to crack the lineup with Arsenal, so this move to Sporting Kansas City could pay dividends for both the club and player.

Below is the schedule for MLS clubs in action this week.

As always, stay tuned to Cincinnati Soccer Talk for all things FC Cincinnati, as they open up Nippert Stadium for the first time in their 2019 MLS home opener.