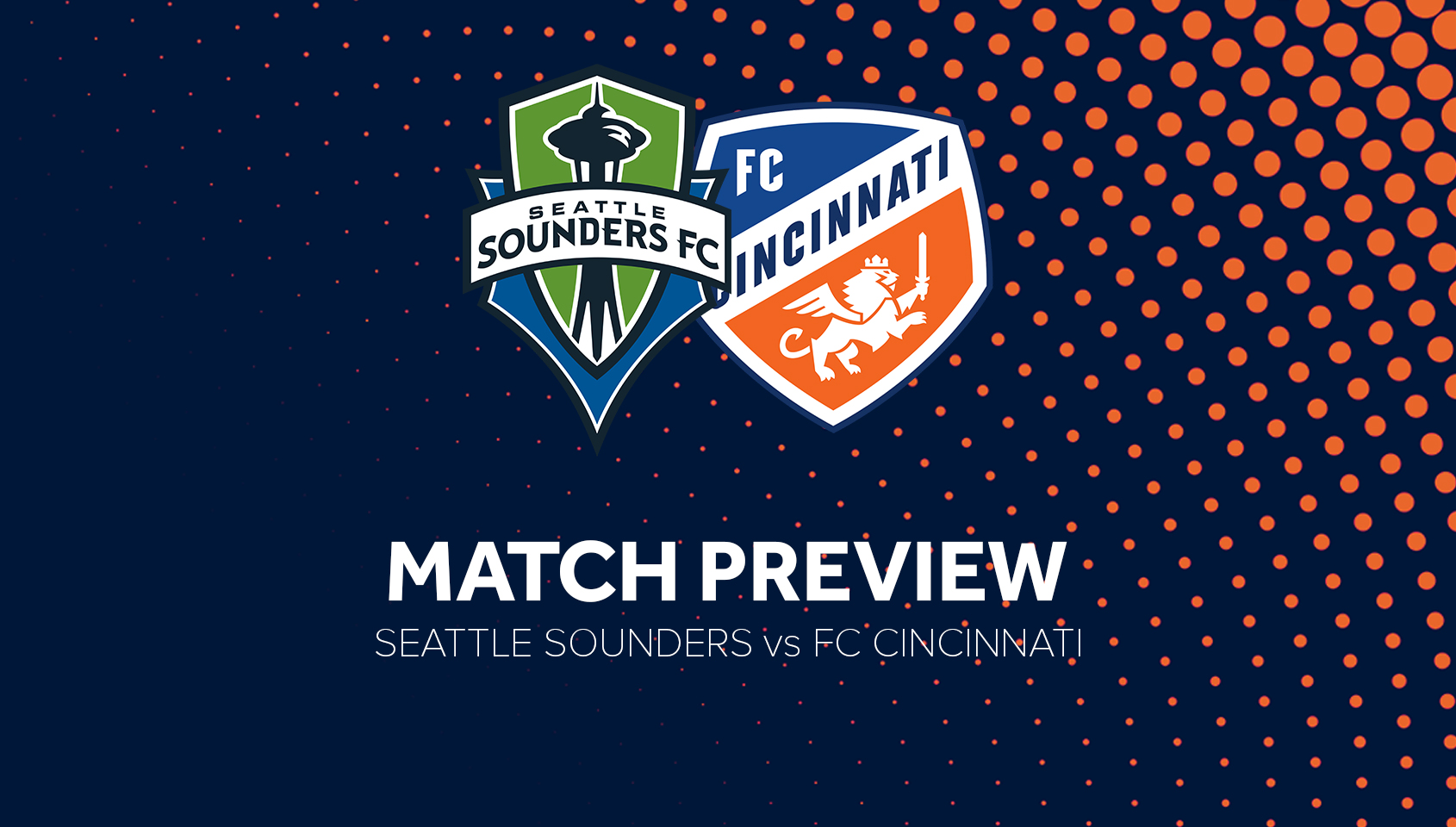 The time has come for MLS newcomers FC Cincinnati to kick off its first MLS season. The preseason is over and things get real. When the MLS schedule was announced, the intrigue was there for who would be FC Cincinnati’s first-ever MLS opponent. The soccer gods dealt FCC a solid wake up call when it sent FCC to the Emerald City to face the Seattle Sounders.

The preseason started off positively for FC Cincinnati but ended a little rocky with a 3-0 thrashing at the hands of the Columbus Crew. With the preseason over, the club can solely focus on their MLS campaign. Moving forward, it will be up to newly named club captain Kendall Waston to help get his teammates settled into the MLS schedule.

Starting off your inaugural MLS season against a perennial power is certainly baptism by fire. Since joining the league in 2009, Seattle has been in the playoffs every season, never finish below fourth in the Western Conference. The Sounders won the MLS Cup in 2016, knocking off Toronto FC. Aside from winning the MLS Cup, you can add four U.S. Open Cup championships to their resume.

The Sounders roster features a fair amount of talent. Forwards Jordan Morris, Will Bruin and designated player Raúl Ruidíaz are now asked to fill the scoring void left by the retirement of U.S. men’s national team legend Clint Dempsey. Ruidíaz bagged 13 goals for the Sounders last season and will look to continue that scoring in 2019. Defensively, the Sounders are led by Chad Marshall, Román Torres and goalkeeper Stefan Frei.

Last season ended in disappointment for the Sounders, falling to their Cascadia rivals Portland Timbers in the Western Conference Semifinals. Tied 4-4 on aggregate, the Timbers advanced 4-2 on penalties in front of almost 40,000 fans at Century Link Field. While making it to the conference semifinals is a great feat, losing to your heated rival makes it much worse. Seattle will have a chance to get that bad taste out of its mouth, when it faces FC Cincinnati in what should be a packed house at Century Link.

On the other side, FC Cincinnati will look to make history by winning its first MLS match. While it has defeated MLS clubs in the past, this is a completely different situation. The coaching staff might be mostly the same, but new players and a new look will all be a major factor in how this season plays out. Last season, FC Cincinnati had the best roster in the USL and could knock teams off on talent alone. That will not be the case this season, so coach Alan Koch will have to adapt and adjust to get points this season.

The biggest adjustment for this club is the guys playing together. Throughout the preseason, Koch used different lineups and formations. While the lineups were different, it did appear he kept the majority of the what looks like the starting lineup together in most matches.

The issue that can arise from that is, the amount of minutes the starters have played. In most of the matches, the projected starters have only played a half or a bit more. The time was during the preseason for those guys to gel and get very familiar with each other on the field. With such a short time for these guys to gain familiarity, it could turn out to be a negative for the club in these first few matches.

Aside from the last preseason match against Columbus, the defense was solid during the preseason. With that being the case, goals will be the most important thing the club will need. The task of scoring those goals will fall on Fanendo Adi and Darren Mattocks. Getting the ball through to those guys will be the thing to watch. During the preseason, it was talked about nauseatingly about which formation will Koch use? During the end of the preseason, Koch used a 3-4-3 formation and you can expect that to be the case for this match in Seattle.