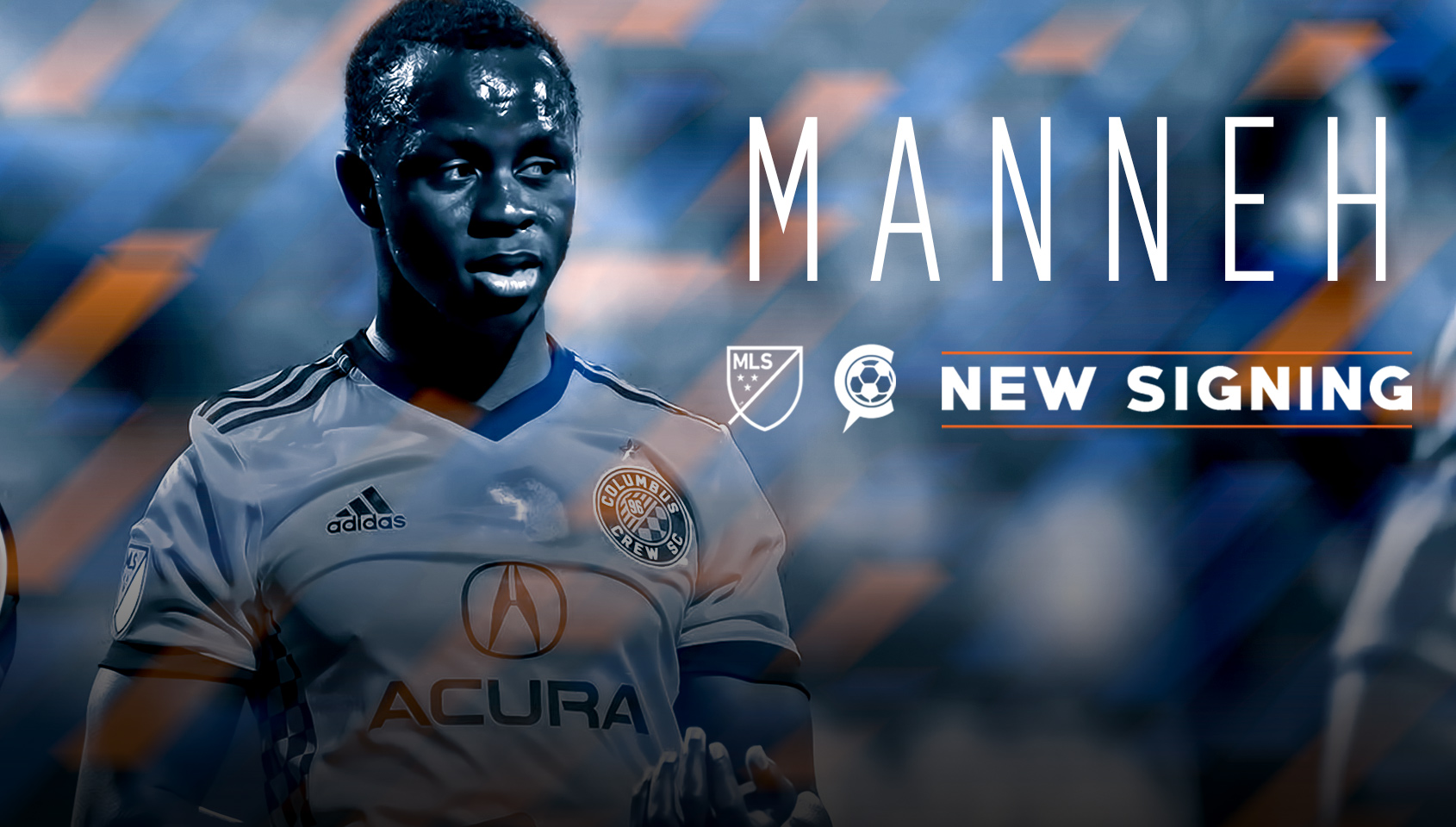 FC Cincinnati acquired the rights of 24-year-old left winger Kekuta Manneh from Columbus Crew SC for $300K in allocation money. Manneh most recently played for the Swiss Super League club FC St. Gallen 1879, and his transfer from that club will be a free one. Manneh will not take up an international spot either.

The trade will be for $250K in TAM, $50K in GAM, $50K in future GAM and $50K in performance incentives, according to Philadelphia Enquirer soccer reporter Jonathan Tannenwald.

Kekuta Manneh to Cincinnati is official.

In this past season with FC St. Gallen 1879, he made nine appearances for the club, seven of them in the Swiss League and two in the Super Cup. Manneh also made six appearances for Liga MX squad CF Pachuca during the 2017-2018 season.

He left MLS and the Crew SC the 2017 season. During that season, Manneh scored goals in 19 matches after a trade from the Vancouver Whitecaps FC.

“We are excited to bring Kekuta to Cincinnati,” FC Cincinnati head coach Alan Koch said. “His pace and skill on the ball will add a dynamic element to our group when attacking in the final third. He has had success in MLS and we know he will embrace the unique challenge of joining an expansion team.”

Manneh appeared in 120 matches with 71 starts during his initial tenure in MLS. He tallied 26 goals and 15 assists combined for the Crew and Whitecaps. Manneh recorded the best season of his career in 2015 when he scored seven goals and six assists and played in 32 matches (28 starts). The bulk of his MLS career took place with Vancouver, where he played from 2013 to the beginning of the 2017 season. Coincidentally, that’s where Manneh played with current FC Cincinnati center back Kendall Waston.

The addition of an experienced left winger will make the FC Cincinnati attack much better. Manneh’s pace will help the club find space and open up pockets up front. He will be an immediate starter for FCC.

Also, as of writing this, the news just broke that Roland Lamah’s green card just got approved, so he will not take up an international spot. This is great news, and it will only further help the team in the run-up to when the rosters have to go along with the rules on March 1.

Stay tuned to Cincinnati Soccer Talk as we recap the latest FC Cincinnati matches and news.