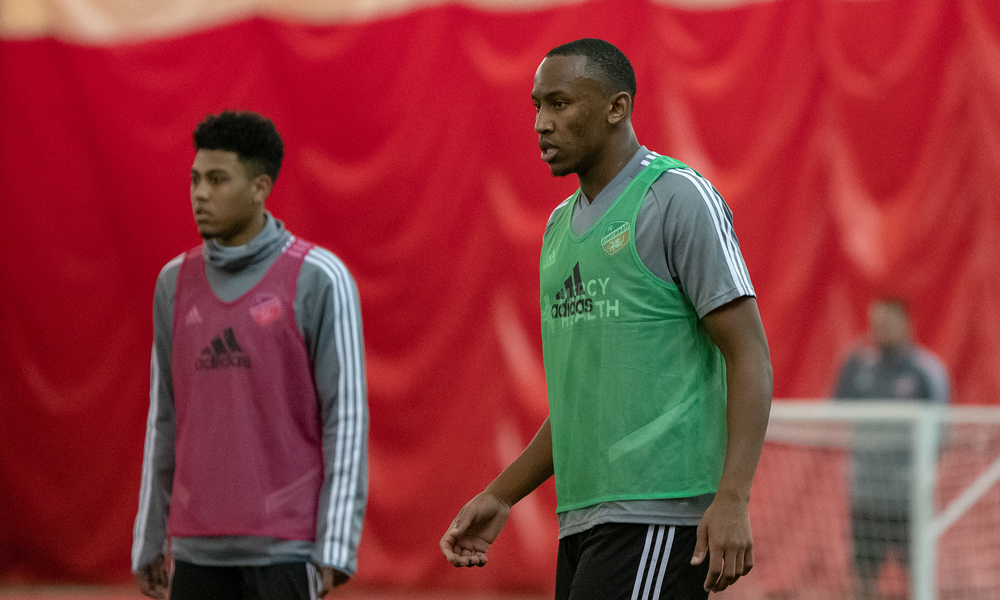 FC Cincinnati announced tonight that it has signed the rest of its 2019 MLS SuperDraft class. These players include Defender Logan Gdula, midfielder Tommy McCabe, goalkeeper Jimmy Hague, goalkeeper Ben Lundt and forward Rashawn Dally. It is still unclear whether all five of these players will remain on with FC Cincinnati for the 2019 MLS season or if they will be loaned out to other clubs.

FC Cincinnati Head Coach Alan Koch spoke highly of the incoming draft selections in today’s release saying, “We’re excited for these five players to begin their professional careers. Each player has shown their potential during the course of preseason, and have embraced the opportunity to learn from the experienced professionals on our team. We’re eager to see each player apply himself and work to get better each and every day.” These remarks should come as no surprise for many FC Cincinnati fans. After the SuperDraft, many MLS draft experts gave the club high marks for its efforts with mlssoccer.com experts saying it was “a very good day for the new franchise”.

No.13 overall pick Logan Gdula played four seasons at Wake Forest University from 2015-18, making 77 appearances and 60 starts. During his junior and senior season, Gdula started all but one game for the Demon Deacons, scoring two goals and adding twelve assists. FC Cincinnati found themselves with an easy selection late in the first round, as the right-back looks almost pro-ready according to MLS scouts.

Second round pick Tommy McCabe was a member of the U.S. U-17 Men’s National Team at the 2015 U-17 FIFA World Cup in Chile. During his collegiate career at Notre Dame (2016-18), he played 61 games, including 60 starts, throughout three seasons while also earning Third-Team All ACC honors during his junior year. McCabe’s experienced resume should help him transition to the speed of the game at the MLS level.

Goalkeeper Jimmy Hague started all 62 games of his last three seasons at Michigan State (2015-18) while recording 26 clean-sheets for the Spartans. Hague was also named Big Ten Goalkeeper of the Year during his junior season in 2017 and earned Second-Team All Big 10 honors last season. Ben Lundt, another goalkeeper selected in the second round started all 64 games in three seasons at Akron (2015-18)– including a berth in the 2018 NCAA College Cup Final. Lundt finished his career at Akron with 180 saves and 27 shutouts. It will be interesting to see if Hague or Lundt will be named as the third goalkeeper for FC Cincinnati behind Przemyslaw Tyton and Spencer Richey.

Rashawn Dally played four seasons at Quinnipiac (2015-18), playing 78 games and recording 77 starts. Dally scored 16 goals and added 15 assists in his career with the Bobcats and was invited to the Jamaica National Team senior camp in March 2018, having experience in camps with Jamaica at various youth levels.