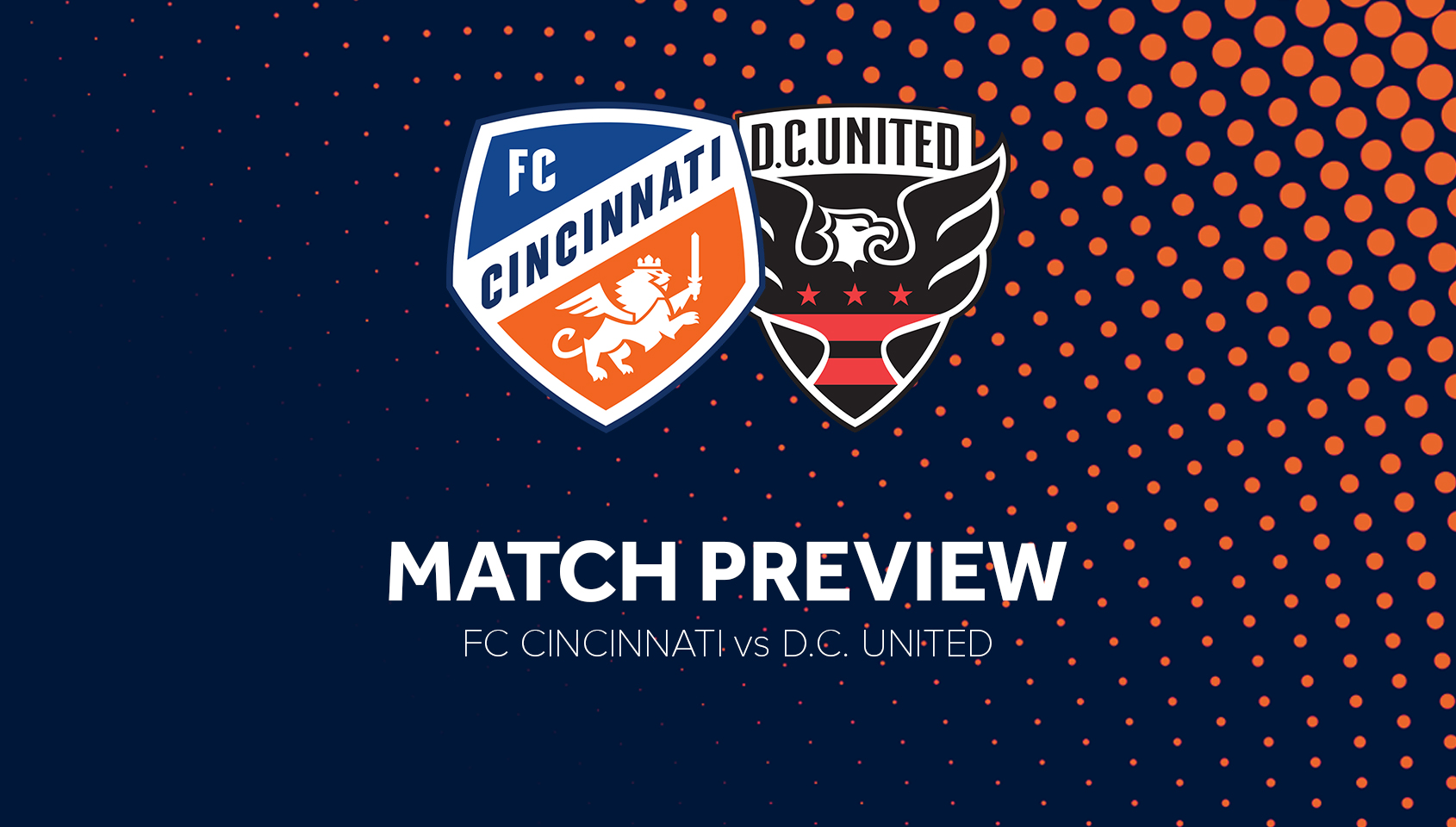 The preseason has gone surprisingly well for FC Cincinnati. It drew its first match 1-1 against the Montreal Impact and knocked off the Colorado Rapids 1-0 in its second match. Its preseason continues when it faces off against MLS original DC United at 7 p.m. Thursday at the IMG Academy in Bradenton, Fla. As we have become accustomed to this preseason, this match will not be streamed.

FC Cincinnati has done a solid job of defending in its first two matches. In both matches, Alan Koch has switched out almost all 11 players after each half. In both games, goalkeeper Przemyslaw Tyton has seen the majority of the time between the sticks. He played a full 90 in the first game and 75 minutes in the game on Saturday.

The offense has seemed to struggle to get going. That could be for a myriad of reasons. There hasn’t been much continuity throughout these first two matches, and the team is still looking to gel and figure out who can get the ball forward. Last match the team was without playmaker Allan Cruz, who was away on national team duty with Costa Rica.

With this being the final match before heading back home for less than a week, look for Koch to mix in the draft picks more in this match. Once the team returns to Cincinnati, it will be together for only a few days before departing for Charleston and the Carolina Challenge Cup. This could be the last time some of these players will be with the club this season, so playing time could be a difficult thing to obtain.

FC Cincinnati’s opponent in this match is DC United. DC United is one of the most decorated clubs in MLS history. A once proud club, DC United has struggled over the last few seasons. The club took a positive turn this past season. The club moved into their brand new stadium, Audi Field. Coupled with that, DC United acquired English superstar, Wayne Rooney. The arrival of Rooney, along with a talented squad, helped propel DC United into the playoffs.

DC United spent the majority of the first half of the season on the road, waiting for Audi Field to open. Before the stadium opened, DC United was sitting at the bottom of the Eastern Conference with a handful of games in hand. Its away form was brutal, boasting a 1-7-9 record. With the second half of its schedule loaded with home matches, DC United used that to its advantage, going 13-2-2 at home. It finished tied for fourth in the Eastern Conference with 51 points. Its playoff experience was short lived, as it fell to the Columbus Crew in penalties.

Along with Rooney, DC United has a team that has some fantastic talent. Just a few days ago, Paris Saint-Germain made a bid for midfielder Luciano Acosta. The deal fell through, forcing Acosta to return to the club. U.S. international Paul Arriola is another player that is key to the success of DC United. With the talent assembled on the roster, this will be a team that will compete for the playoffs once again in 2019.

Anytime you can face a team with the pedigree and talent of DC United, you can only benefit from the experience. Leaving Bradenton with more chemistry and familiarity is what matters most for the Orange and Blue as they march toward the regular season.