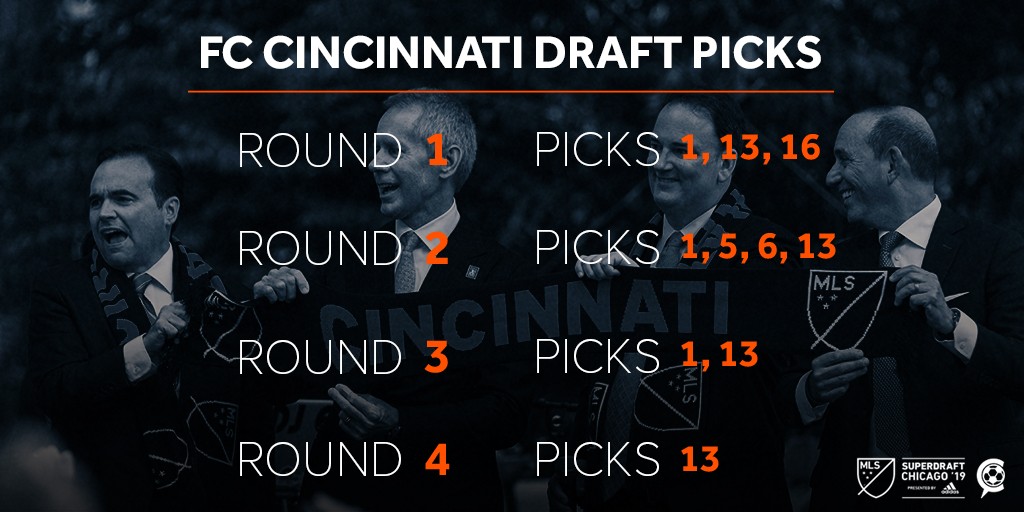 The MLS SuperDraft concluded via teleconference Monday with rounds three and four. FC Cincinnati maintained picks 49 and 61 in the third round and pick 85 in the final round.

With the 49th pick overall, FC Cincinnati selected forward Rashawn Dally of Quinnipiac University. Dally started all but one game during his college career and scored 16 goals. Just this year, Dally scored six goals and six assists. A Connecticut native, Dally also has dual citizenship in the United States and Jamaica.

FC Cincinnati declined their remaining picks in rounds three and four in the SuperDraft.

Friday in Chicago, FCC picked Frankie Amaya, a midfielder from UCLA, and Logan Gdula, a defender from Wake Forest, in the first round of the SuperDraft. FCC traded one pick each from the first and second round to the New York Red Bulls for $100,000 general allocation money.

In the second round, Tommy McCabe, a midfielder from Notre Dame was picked. FCC also selected two goalkeepers, Jimmy Hague from Michigan State, and Ben Lundt from Akron University.

Players report for training in Cincinnati on Jan. 21. The first pre-season friendly is against the Montreal Impact on Jan. 30 at IMG Academy in Bradenton, Fla.