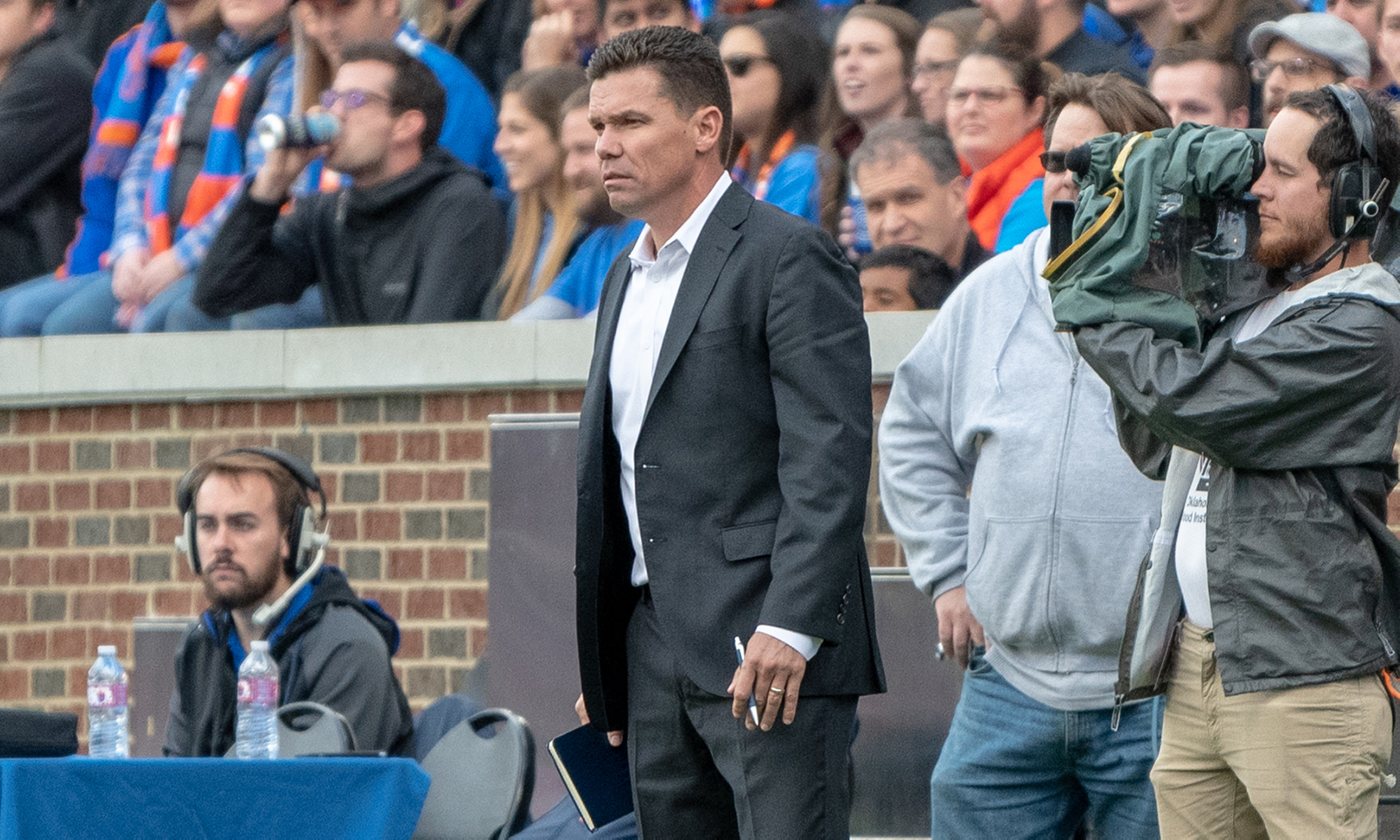 It’s finally time for FC Cincinnati to take the pitch as an MLS expansion team. Here are some roster notes as the Orange and Blue begin training on Tuesday.

FC Cincinnati announced its roster — through USL callups, the expansion draft, SuperDraft and offseason acquisitions. It has seen its inaugural league schedule. Now it’s time for the players to hit the training pitch and prepare for the club’s first MLS season.

Players will go through physicals on Monday, and preseason training begins Tuesday at the University of Cincinnati campus.

Before even entering camp, the Orange and Blue received a bit of bad news on Thursday. The U.S. Men’s National Team announced defender Greg Garza left its January camp with a low-grade quadriceps strain. Garza is back in Cincinnati and is undergoing treatment for the injury.

The Orange and Blue will only be in town for a week before departing for the IMG Academy in Bradenton, Fla. The first of three preseason friendlies in Florida is with the Montreal Impact on Jan. 30. That’s followed by another friendly at former USL rival Indy Eleven. Then it’s down to Charleston, S.C., for the Carolina Challenge Cup, a round-robin format against the Charleston Battery, Chicago Fire and Columbus Crew. The MLS regular season begins March 2 at Seattle Sounders FC.

FC Cincinnati cruised to the regular-season USL championship last year and set league records for points and consecutive matches unbeaten. The challenge is sure to be heftier as an expansion team, and MLS schedule-makers did the club no favors out of the gate, with nine of the first 10 matches against playoff teams from last year.

The technical staff and scouts have been busy the last six weeks assembling roster pieces. The latest move came Friday with the signing of Costa Rican midfielder Allan Cruz. Like last year, the club welcomes several new faces. Only 11 players spent time wearing Orange and Blue last year, and the number of franchise originals is down to just two — Corben Bone and Jimmy McLaughlin.

Offseason signings and SuperDraft picks bring FC Cincinnati’s roster to 28 players, though contracts might not be official for some of the SuperDraft selections. Here’s a roster breakdown by position:

Alashe is also listed as a forward.

Among the defensive offseason acquisitions were Tyton, Waston and Deplagne. Tyton is a veteran goalkeeper with more than 200 appearances, most recently in the Spanish second division and Germany’s Bundesliga.

Waston is a proven MLS defender and captained the Vancouver Whitecaps last season, and Deplagne spent seven of his eight professional seasons in France’s Ligue 1.

Bertone — who just six weeks ago came off the bench for Swiss Super League side BSC Young Boys in a UEFA Champions League win over heavyweight Juventus — headlines a crowded midfield. And Adi — acquired last year as FC Cincinnati’s first DP — is the primary target man up top.

“We’re going to be a team and a club that prides itself on how we defend and winning games that way,” Sassano said. “But more importantly we want to be a smart team that, when we do have the ball and we do keep possession, we’re very dynamic going forward.”

Positions are also fluid, Sassano said. Garza and Powell are potential wingbacks. Deplagne can play on the sides or in the middle. Bertone and Alexander can be attack-minded box-to-box players. This midfield versatility might lead to several formations, among them a 4-2-3-1, a 4-3-3 or a 3-5-2.

“Whatever the system is, the playing philosophy has to be very similar,” Sassano said.

There might be some roster juggling to come in the preseason. FC Cincinnati has until March 1 to be roster compliant, and Sassano hinted some players — particularly those picked in the SuperDraft — might get loaned out to USL teams or international leagues. And the club has nine international players for eight international spots, but Sassano said green cards might be in the works for a few.

“We want to see all of them in preseason,” Sassano said. “We want to see how they shape up. Some guys are going to be more ready than other players. Some players are going to surprise me a little bit, and some maybe just aren’t ready for it. I think it’s important for us to put plans in place that will help those individual players on a developmental path, whether it’s with us in the near future, or whether it’s with us long-term. Not having a USL affiliate at the moment does afford us even more opportunities because we’re able to really find the best situation for each player involved should we do decide to loan them.”

“We’re very confident with the group we have, although we see that we are maybe missing one or two or three pieces from really being in a perfect spot,” Sassano said.

“We’re one or two more pieces (away) probably in the attacking third that can give us a different type of dimension that we’re looking for.”