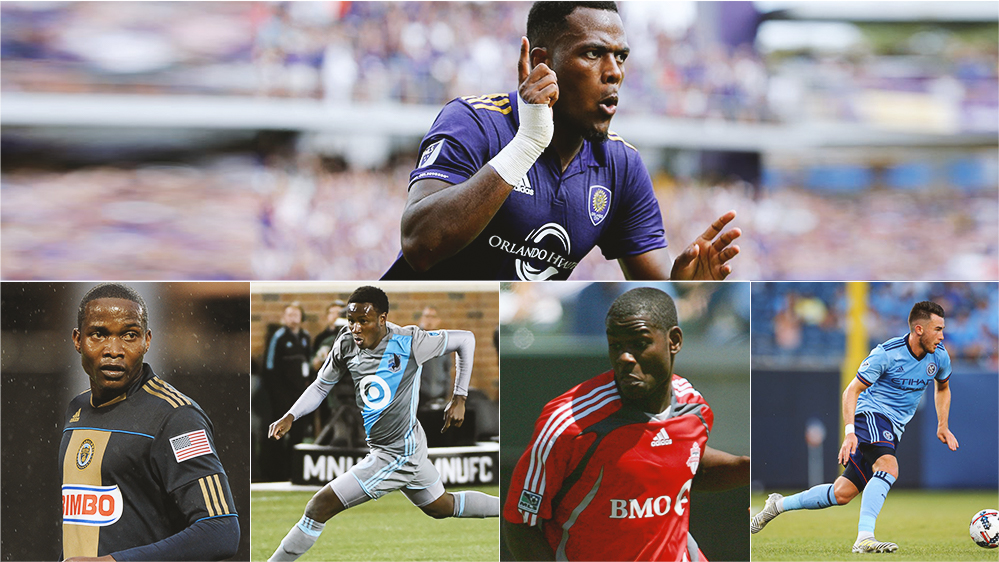 Here’s a ranking of the top five No. 1 MLS draft picks and what FC Cincinnati fans can expect from Frankie Amaya.

In Major League Soccer, it’s been a different story. Not to say that the No. 1 pick can’t provide extraordinary value for a team, it is just not as common. Out of the 23 No. 1 overall draft picks in MLS history before Frankie Amaya, only two went on to win MLS Rookie of the Year, only four went on to make an MLS All-Star Team, and only Philadelphia Union Goalkeeper Andre Blake has made an MLS Best XI squad.

One of the main reasons for this is the level of talent in the MLS Superdraft is not nearly as strong in comparison to other North American leagues like the NBA, NFL, MLB and NHL. For those leagues, players come from all over the world for their chance to play in them because they provide the highest level of competition, reward and publicity in their respective sport. For MLS, however, it’s different because it is not the best soccer league in the world. This situation leads to many of the best young, elite American soccer players going overseas because Europe provides these players better opportunities than Major League Soccer can.

Take this information into account as I rank the top five MLS Rookie Seasons by No. 1 overall draft picks.

Edu had a solid rookie season with Toronto FC, scoring four goals and having one assist as a defender/midfielder. These stats allowed Edu to take home the 2007 MLS Rookie of the Year award, becoming the first No. 1 overall pick at the time to do so. He quickly left Toronto FC in 2008 after less than two seasons to join Scottish powerhouse Rangers FC.

After being drafted by Chicago Fire first overall in the 2016 MLS Superdraft, Harrison was immediately traded to New York City FC for the fourth overall pick and an unknown amount of allocation money. Harrison went on to provide four goals and eight assists in 21 appearances for NYCFC. In 2018, Harrison was signed by parent club Manchester City but is currently on loan with EFL Championship front-runners Leeds United.

After coming to MLS as an expansion side in 2017, Minnesota United FC used its first-ever draft pick on Abu Danladi from UCLA. The 21 year-old was one of the bright spots in a dismal campaign for the first year squad, providing eight goals (second-most for Minnesota United in 2017) and three assists. Danladi currently still plays for Minnesota United.

Far and away the most successful rookie season by a No. 1 overall draft pick in MLS history belongs to Cyle Larin. Larin put away a team-leading 17 goals for Orlando City in 27 appearances on his way to winning the MLS Rookie of the Year award in 2015. The 2016 MLS All-Star also has the most goals scored in Orlando City history with 43. During the 2017-18 MLS off-season, Larin was transferred to Turkish superpower Beşiktaş after refusing to show up to practice while under contract with Orlando City. Larin has made 11 appearances and has scored four goals with Beşiktaş.

What should we expect from Frankie Amaya?

This question is difficult to answer. The most important factor that will help answer this question is how much playing time Amaya will get. Right now, I’m not even sure if coach Alan Koch knows the answer to this question, as he has a lot to sort out before the beginning of the season. Unlike most professional sports leagues in America in which a No. 1 draft pick is expected to come in and start right away, this isn’t always the case in MLS. Also, there are talks that FC Cincinnati might loan Amaya to a Liga MX team (Mexico) for him to gain more experience, meaning there is a possibility that Amaya will not make his FC Cincinnati debut until 2020.

However, if Amaya makes 20-plus appearances for FC Cincinnati this season, there is a good chance he might find himself on this top-five list by the end of this season.