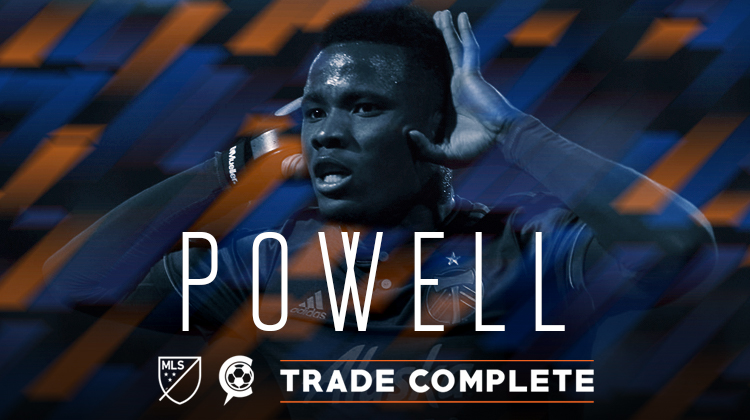 According to multiple reports, FC Cincinnati has acquired right back Alvas Powell from the Portland Timbers in exchange for $250,000 of general allocation money.

FC Cincinnati has solidified the last spot of their back line by trading for right-back Alvas Powell, formerly of Portland Timbers fame, in exchange for $250,000 in general allocation money, according to multiple reports. Jamie Goldberg of The Oregonian reported on social media the deal was confirmed on Wednesday, but it has not been officially announced.

Powell has been a mainstay on defense for the Timbers since 2015, helping them win their lone MLS Cup that year and getting to the finals this year as well. Powell also has his green card, which puts him as a domestic spot on the FCC roster. This is key, as FC Cincinnati will be penny-pinching its international roster spots with the last few additions to their roster.

In each of the last four seasons, Powell has played in at least 20 matches, including in the MLS Cup-winning season when he played and started in 31 matches, and all six of Portland’s playoff matches as well. Powell is also only 24, which gives him many more years to play in the MLS. This is good for FC Cincinnati. It is getting a player with longevity.

Powell also got a few honors in the 2018 season when he was on the MLS Team of the Week, the Player of the Week and Goal of the Week after scoring a goal and an assist in a 3-2 win against Minnesota United on April 14.

Powell is the last addition to a backline which is looking much better. After signing USL players Forrest Lasso, Justin Hoyte and Blake Smith, FC Cincinnati selected Hassan Ndam in the Expansion Draft and then traded for left-back Greg Garza and center-back Kendall Waston. Since the reports of the trade for Powell, FCC has also signed French defender Mathieu Deplagne.

Stay tuned to Cincinnati Soccer Talk as we break down what all this means for the team, as well as any other news that may break about new trades or player signings.