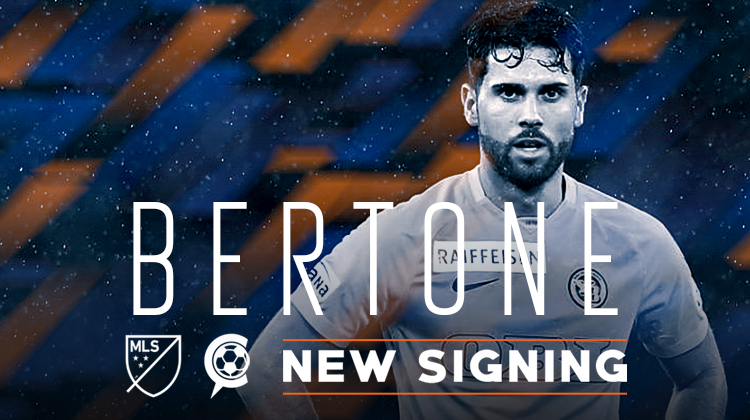 FC Cincinnati has acquired midfielder Leonardo Bertone from a transfer from BSC Young Boys in the Swiss Super League by using Targeted Allocation Money, the club announced on Tuesday. Bertone, a 24-year-old, has been with Young Boys for eight seasons. Bertone will also take up an international spot upon receiving his P-1 Visa and International Transfer Certificate.

“I’m really, really excited. From the first moment when I heard about this project, I had a good feeling and said ‘I want to do this,’” Bertone said in an FC Cincinnati press release. “For me, it was really important that I saw [FC Cincinnati coach Alan Koch] in Switzerland, that’s a sign that he wanted me. It was the first time that a coach came to Switzerland for me.”

Bertone has a lot of experience considering his young age, having made 179 career appearances, including 130 starts, according to the release. He’s scored 18 goals and added 11 assists across all competitions with Young Boys. In addition to his 131 Swiss Super League appearances, Bertone has also played in a combined 31 UEFA Champions League and UEFA Europa League matches, according to the release.

“We are excited to add Leo to our roster,” Koch said in the release. “He’s a skillful player, and we believe he is a great fit for our style of play. He comes from a culture of success with Young Boys, and we believe he’ll be an important part of our foundation as we instill a winning mentality within our group.”

Bertone was part of the Young Boys side that won the Swiss Super League championship in the 2017-2018 season, making 22 appearances and 15 starts. Bertone scored three goals and two assists. Bertone also featured in the 2-1 Young Boys win against Juventus in a UEFA Champions League match on Wednesday. He also played a full 90 minutes against the same Juventus team on Oct. 2, as well as coming in as a substitute for five minutes against Valencia on Oct. 23.

Bertone looks to play a key role in the midfield and with his young age should be looking forward to a bright future with FC Cincinnati.

Stay tuned to Cincinnati Soccer Talk as we continue our coverage of the FC Cincinnati offseason acquisitions and other FCC news too.

This is a video posted by BSC Young Boys on their YouTube page showing Leonardo Bertone and some of his highlights.