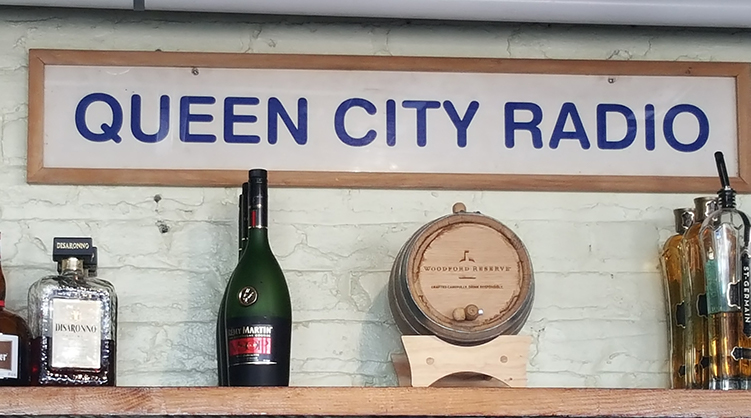 Here are several establishments FC Cincinnati fans can walk to before or after a match at the new West End stadium. 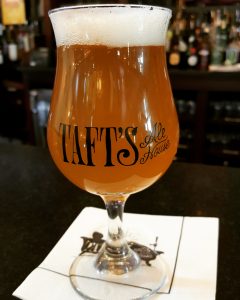 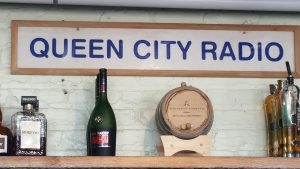 FC Cincinnati put its ceremonial shovels in dirt on Tuesday afternoon in the West End, the symbolic start of constructing a soccer-specific stadium set to open in 2021. With the Nippert Stadium era in the rear-view mirror in two years, fans of the Orange & Blue will need to acquaint themselves with their new surroundings. While FCC’s core fan demographic likely has a working knowledge of the landscape in the West End and Over-the-Rhine, many other Queen City residents might not.

As most soccer fans will tell you, the game-day experience for this sport isn’t restricted to 90 minutes plus stoppage time. It’s as much about where to find the pubs and grub before and after the match as during. So, with that in mind, here’s a refresher course on where to take in the sights, sounds, and suds in our city’s most historic neighborhoods.

I’ve added the walking distances from the FCC stadium. And yes, you can walk. While you are enjoying the Italianate architecture in one of the region’s most diverse neighborhoods, please respect your neighbors and don’t litter. Remember, we just moved in.

This place already is being targeted by the FCC fan groups because of its close proximity to the stadium, large beer selection and outdoor patio. Better known as QCR, the building is a 1920s-era service station which later was a Cincinnati-area destination for car radio enthusiasts. Before radios were standard in automobiles, Cincinnatians came to QCR to get theirs installed. Now, the original garage bay doors open up to Central Parkway, inviting in a diverse clientele to partake in craft beer; festive cocktails; and even burgers, fries and chili dogs from the Queen City Whip food truck. Thinking ahead: might be a good idea to arrive here early in match-days.

You would be hard-pressed to find a more beautiful building in Cincinnati. St. Paul’s Evangelical Church was built around 1850, then more than 160 years later was renovated down to the finest detail to create Taft’s. From the 46-foot vaulted ceilings to the original chandelier behind the upstairs bar encased in glass to the tap handles made of wood from the original stairs … you get the idea. It might be the closest thing we have to an authentic English football pub. And with 13,000 square feet and three levels, there’s plenty of room for everyone. FCC fans already have caught on to this place, which gets a fair number of fans prior to matches at Nippert. Enjoy a tri-tip steak, some loaded tots and a house-brewed ale, then walk it off to the West End.

On the west side of Music Hall is FCC’s new stadium. On the east side of Music Hall is our city’s oasis. Nestled between 12th, Race, Elm and 14th Streets, Washington Park most certainly will be utilized on match days for event space, or at least it certainly should be. I can’t think of a better location for a pre-match tailgate party with live music and maybe a kick-about. The park — which has a bar, playground, stage and large gazebo — already hosts regular events during the summer in its expansive green space lined with large trees in the shadow of Music Hall. Washington Park was a cemetery before the city acquired the land in the 1860s. There still are some tombstones on the property, which is kind of creepy but pretty cool at the same time. There’s also a 450-space parking garage beneath the park and a streetcar station on the Elm Street side.

Once a few of the roughest blocks in the city are now among the most frequently visited. Pick your poison here. From Taste of Belgium to Krueger’s Tavern to Senate to Sacred Beast to Bakersfield and all points in between, Vine is a great spot to park the vehicle either in the 12th Street garage or one of several surface lots and hoof it to Kaze for sushi or Quan Hapa for Asian street food or A Tavola for wood-fired pizza. Just want a drink? Stroll into The Lackman for libations in a cozy atmosphere where you can fret over the opponent’s latest brace.

It’s easy to brand soccer fans as being of the Millennial dollar PBR set, but there are plenty of footy aficionados who prefer some style in their spirits. Instead of sweating over that night’s match against Atlanta wondering how many times Josef Martinez is going to find the net, belly up to the bar at the corner of 13th and Republic Streets and watch the bartenders concoct just about everything imaginable.

I’m just catching wind of this place and ashamed to say that I have yet to go there, making it among the few places in OTR I have not visited. That will change soon. But the reports have been so overwhelmingly positive that I have to include it on our soccer pub roster for 2021. Cobblestone bills itself as a place to mingle with neighbors, wind down after a day at Washington Park or we’ll say a great spot to tip a glass after beating Columbus.

You might remember this place from that night last May when the brewers could have swept up the floors and bottled a Don Garber Perspiration IPA. Rhinegeist will always be remembered by FCC fans as being the place when it all became official, when rumor became fact, when MLS came to Cincinnati. But as many of us know, it’s also an awesome brewery with fabulous beer and one of the most expansive rooftop bars in the region. With 250,000 square feet and a streetcar stop on its front door step, Rhinegeist likely will be a hit with supporters’ groups.

I’ll apologize in advance for all the other bars and restaurants I’ve failed to mention here. By 2021, there likely will be a few more. At Tuesday’s groundbreaking, I couldn’t help but notice the historic yet vacant buildings directly across Central Parkway just begging to be developed. Plans for the new FCC stadium hint at a beer hall to be part of the facility.

The new stadium will connect two historic neighborhoods from west to east, merging thriving residential development in the West End, Washington Park, Vine Street, Main Street, Pendleton and all points in between. Club president and general manager Jeff Berding talks about FCC being part of a “new” Cincinnati. Well, it’s kind of already here. FC Cincinnati aims to take it to a new and exciting level.