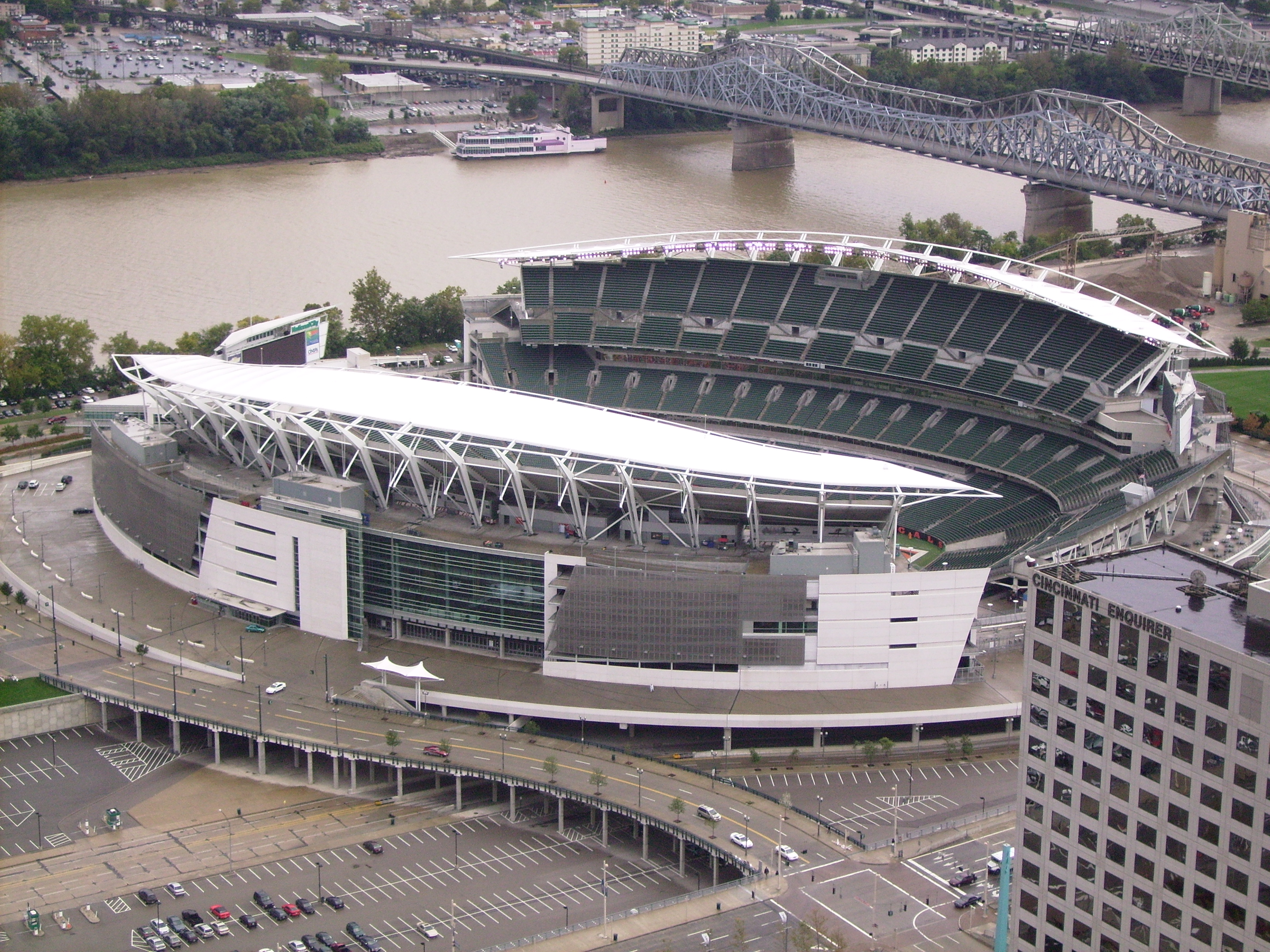 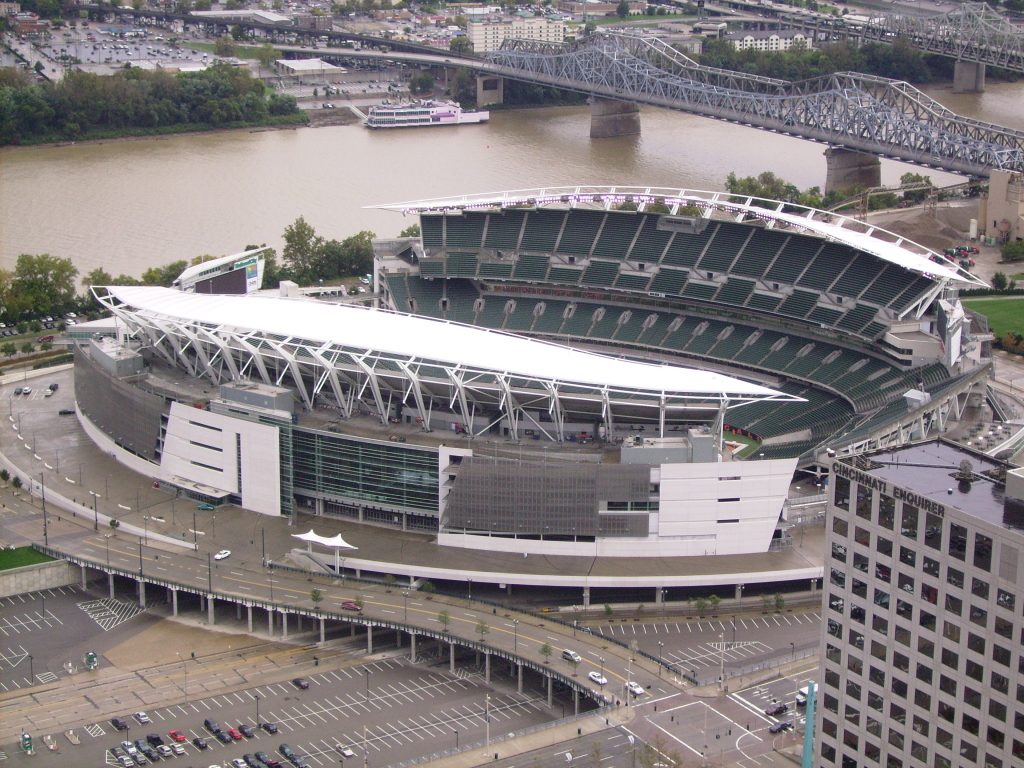 If the 2026 FIFA Men’s World Cup will be in Ohio, it will have to be in Cincinnati. The United Bid Committee (Mexico, Canada, and USA) announced that Cincinnati would be among 32 cities that could serve as Official Host Cities for the 2026 competition. The 32 potential host cities include four cities in Canada, three in Mexico and 25 cities in the United States. This list was trimmed down from 41 cities which included both Indianapolis, IN and Cleveland, OH, who did not make the cut. 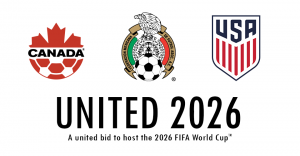 According to a release from US Soccer, the United Bid Committee will integrate the 32 potential host cities into the united bid strategy and vision, as well as working with local officials to finalize the hosting documents required by FIFA. Representatives from the 32 potential host cities will travel to Houston, Texas during the week of Nov. 13 for a working session with the United Bid Committee.

FCC Cincinnati President and General Manager Jeff Berding and Leslie Spencer, executive director of the Greater Cincinnati Sports Corp. have played a part to date and look to represent Cincinnati at those meetings.

“We are extremely excited and humbled to be invited by the United Bid Committee to continue in the process of becoming an Official Host City for the 2026 FIFA World Cup,” said Berding. “To be one of 32 cities selected across North America is truly a testament to the renaissance that is occurring in Greater Cincinnati. We are proud that FC Cincinnati and our collaboration with our fans, our community, and business partners, have unleashed this soccer movement and put Cincinnati on the national and global soccer stage. We will continue to work diligently to finalize our hosting documents so we can bring the 2026 FIFA World Cup to our Queen City.”

The 2026 Men’s World Cup will be the first tournament to feature 48 countries up from the current 32 team format. While the exact format of the competition has not been approved, the number of quality venues could see the games spread out among more cities than the minimum 12. It could be possible that the list of host cities could reach 18-20+.

“We received applications from 41 cities across Canada, Mexico and the United States and narrowed the list after a comprehensive review of each of the communities and facilities. The 32 cities that we have identified as potential host cities, on their own and together, are prepared to welcome soccer fans from around the world. They are more than capable of helping fulfill the shared vision and ambition of FIFA and the United Bid in shaping the future of soccer in North America,” said John Kristick, Executive Director of the United Bid Committee. “While not every city will move forward as a potential host city, we were so impressed by all the applicants that we will continue to engage with all the cities as part of our hosting strategy and we will welcome the opportunity to work with FIFA to further expand our hosting concept to ensure the broadest possible impact for this spectacular event.”

According to the release, at least 12 cities will host matches if the unified bid is approved in June of 2018 by FIFA. Morocco is the lone competing federation seeking the bid for the 2026 tournament.

Cities that do not make the final cut, will be offered other ways to be a part of World Cup festivities if the North American bid is successful. Non-hosting cities could potentially be used as “training base camps” for several countries, host official watch parties or events and perhaps even host friendly matches in the run-up to the tournament.

The fact that Cincinnati advanced past regional rivals Indianapolis, Pittsburgh, and Cleveland to be in the group of 32 says a lot about the belief in our city to host one of these premier events. Other midwestern teams included in the list of 32 are Chicago, Nashville, Detroit, Kansas City, and Minneapolis.

What are our chances?

If the unified bid decides to only use 12 hosts, I think that Cincinnati’s chance could be low. Toronto, New York, Los Angeles, Chicago, and Mexico City all would seem to be locks for the event. Cincinnati would be hard pressed to say they would be more worthy simply due to population size.

The more cities that the unified bid plans to use, the better for the Queen City. The unified bid could choose to employ a “regional” schedule to help teams in their travel among cities. Cincinnati’s close proximity to Chicago could benefit the bid. I would assume that the unified bid would prefer to span as many population centers as possible and the fact that Cincinnati could draw fans from the Southeast and Midwest may increase our chances.

No matter what grief we give the Bengals, Paul Brown Stadium is still a visually pleasing stadium. With the progress of the Banks project, Cincinnati can sell their stadium plan as an urban center bid whereas groups in other markets (Kansas City, Nashville etc.) can only offer removed locations. Could this plan also help with improvement projects in the city such as covering Fort Washington Way? An urban setting should be evaluated in a positive light for a Cincinnati bid.

We also know Cincinnati will show up for “sub-par” fixtures. Let’s face it, FC Cincinnati is our own, but it isn’t an MLS team yet. Our attendance for D3/D2 soccer coupled with the USWNT match displays that Cincinnati will show up even if it isn’t for a US Men’s National Team match. The unified bid will look at cities who they believe will fill for less-sexy matchups such as Cape Verde vs. Panama or New Zealand vs. Northern Ireland. Cincinnati is a market that would be there in force.

What hurts our chances?

Let’s face it. We are one of the smaller markets in this bid process. While there has been a surge in building in Cincinnati, we still offer less than a desirable amount of hotel rooms, an aging convention center and an average mass transportation plan. The unified bid could look at cities that are more friendly for travelers and the last of many international flights into CVG could also hurt.

Just like our MLS bid, the federation could look at other cities who may offer better entertainment and travel options for fans. Nashville, Atlanta, or Las Vegas among others could provide more rooms and options for traveling fans.

Will our politicians get in the way? As seen with the perceived lack of desire to help with FC Cincinnati’s stadium, could our politicians try and put the breaks on the bid? It is also possible that if the city of Cincinnati or Hamilton County do not support the MLS stadium and training center, our region could miss out due to the lack of professional training space for world cup teams. THAT IS A HUGE DEAL.

Hey, it’s amazing just to be in this group. If the unified bid does win, and we aren’t picked to host, Cincinnati will absolutely see some sort of event with the World Cup. Would this have been the case 2 years ago? I think not. The passion shown by our fans has got us into this round. Tell me Pittsburgh, Saint Louis, Cleveland or Indy wouldn’t kill to be on this list. It’s because of you.

List of Cities Competing as Host Cities in Unified Bid