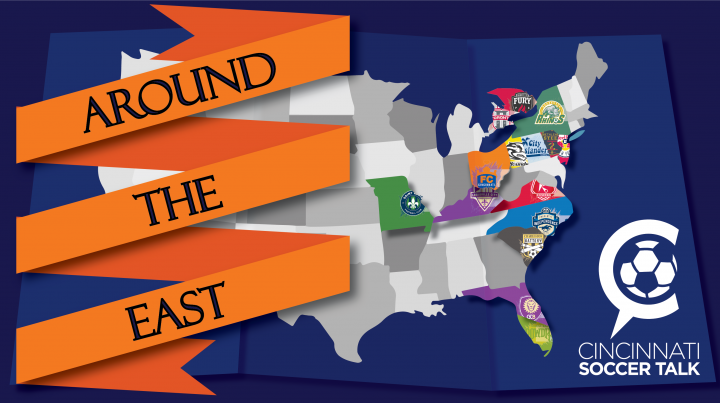 A story shifts in the east. The Riverhounds started the season hot with a set of strikers most teams would envy. That hot start cooled, and Pittsburgh is struggling to find points and relevance in the standings. Charlotte is the biggest surprise of the year. Due to a slow start in their schedule, the Independence were written off by USL fans after a lackluster 2016 performance. While no one was looking, Charlotte won game after game and shot to third in the standings with games still in hand. Led by Herrera and the Martinez brothers, goals flooded in against the Riverhounds and then Saint Louis a few days later. The slumber is over. The USL sees you, Charlotte; you won’t be overlooked anymore.

Rochester has fallen back into their defensive shell. It is a tactic that historically lands them in the USL playoffs, and it looks poised to do so again. They looked more offensive, however, vs. a struggling Saint Louis FC side. Rochester takes sixteen shots in this match but could not convert any of them. Rochester is sitting pretty (7th place) with games in hand but they will need more wins vs. draws to make them count.

A surprising lineup choice by Koch in this match vs. a Tampa Bay Rowdies team that had struggled to find a net in over 400 minutes. Tampa Bay came out strong, fighting to stop their slide down the table. FC Cincinnati rotated their squad, balancing USL play with Open Cup matches. Cincinnati plays two games a week in July, and Koch chose Tampa over Richmond to rest some of the starting eleven. It showed, as the Rowdies dominated the game and left little hope for away fans. FC Cincinnati needs to gather points in July or risk missing out on the playoffs. With only four games in August, playing catch up could prove fatal. The Rowdies sit in fourth place and FC Cincinnati in sixth after picking up a win Sunday vs. Richmond. Both teams are a bit table-inflated with extra games played.

Who is the best team in the east? We have no idea because number one and two settled for a draw. Louisville played the better game, but Charleston still managed to hold them off all while missing their star player. Romario Williams was called up to play for Jamaica in the Gold Cup. He is so good, it puts a big asterisk on this match. These two squads battle again in September, and it could very well be for the number one seed in the eastern conference.

After Charlotte, Bethlehem is the next biggest eastern surprise. They beat Cincinnati early in the year, but it was chalked up to Cincinnati’s struggles. That is not the case. Bethlehem is new king of MLS II teams, and they proved it by overthrowing the 2016 champs in this match. Steel FC was content to let New York possess the ball and pounced when the chance arose. The Union affiliate is now fifth in the standings with two games in hand. If the current form keeps up, Bethlehem is looking at a home playoff game. That run of form should continue as they face bottom table teams most of July. The real test comes at the end of the season. New York falls to eighth place as they look for some kind of consistency.