On the heels of  FC Cincinnati’s Thursday night loss in Tampa, the Richmond Kickers come to town Sunday for an opportunity to claim 3 points. Richmond sits in last place in the East and is tied for last with 10 goals scored in USL play. Richmond likes to make their hay on the defensive side of the ball where they’ve conceded the 5th fewest amount on the year with 18. Here’s how some of the staff here at CST feel things will transpire Thursday night vs. Tampa Bay.

I really want to win on Wednesday, but we also need 3 pts. Sunday. FCC will face the 2nd worst offense in the USL, so we shouldn’t be in a rush to start an injured Delbridge. Does Djiby start? Does Richmond play a back 4 or 5? Who will make the moves in the midfield to make a difference? All important questions. Regardless, this should be as automatic as 3 points can come for the Orange & Blue (or White). I am picking a Widmer’s Cleaners Clean Sheet. 2-0 for FC Cincinnati.

Well, Tampa Bay was disappointing. Definite squad rotation and road form to blame. Also though we didn’t play well, everything that truly broke down occurred after the hydration break in the last 15 of the first half. I’m not giving up on this team yet. We’ve obviously got our eye on the open cup right now but at home with a good crowd supporting us and the last place team in the East this should be an easy 3 points putting is back into 6th place. I think we continue to rest Delbridge which makes me nervous but with Richmond in poor scoring form we should be ok. I’m predicting a 2-0 win for the KSLK.

This is crunch time. After a 2-0 loss in Tampa Bay on Thursday, this team will need to bounce back and earn a much needed win against Richmond. Nothing is a certainty at this point, but Richmond is near the bottom of the East and going up against FCC in front of what should be a good crowd at Nippert. The squad was rotated heavily in the previous match with half of the team’s normal starting lineup out of the 11, so despite the rough stretch of matches recently the team should be somewhat rested. I predict a solid showing and 2-0 victory for FC Cincinnati.

What’s better for a disappointing loss than some home cooking? FC Cincinnati will be feeding off of the Nippert crowd and playing with more urgency. I predict a 1-0 win against the Kickers of Richmond. Assist Weideman, Goal Djiby.

Yeah that Tampa Bay game SUCKED and with Wednesday looming large, I could see Coach Koch rolling out a lineup that features a lot of backups. What’s more important? A win against Richmond in July or a win against Miami FC that puts you in the Final Four of the US Open Cup? To me, that’s a no brainer. You’re likely going to see Harrison Delbridge sit out due to injury. I’d probably sit Hoyte and give Berry a rest as well. Because of these factors, I’m changing my prediction from this week’s podcast. I think FC Cincinnati’s going to draw 1-1 at home against the Richmond Kickers. 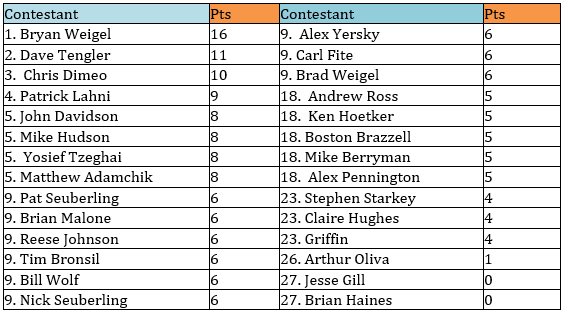