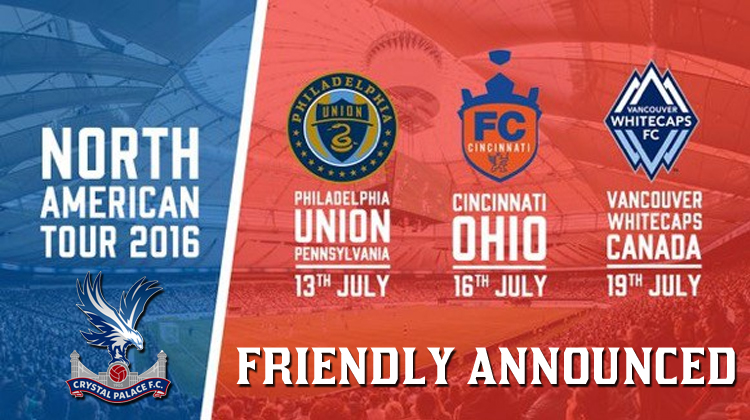 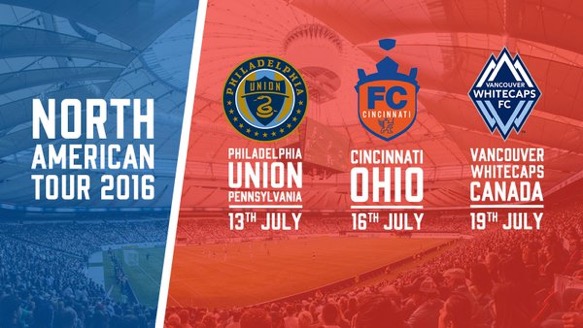 Club General Manager Jeff Berding was set to announce the friendly today at 9:30 am, but the English club released the image above on their Twitter feed earlier. Crystal Palace under the leadership of manager Alan Pardew will take on Manchester United this weekend in the F.A. Cup Final. Fans can watch Saturday’s final on their local FOX affiliate at 12:30 pm EST.

This should be a great opportunity for local fans to see quality soccer in their back yard. The 14th place squad featured the likes of Wilfried Zaha, Yohan Cabaye, Emmanuel Adebayor, Connor Wickham, Mile Jedinak and more.

The game is scheduled to be played on Saturday July 16th at 7 pm in Nippert Stadium. Season Ticket holders have tickets to this match included in their season booklets.

During the club’s press conference, Berding announced that Season Ticket holders will be able to purchase up to 6 additional tickets for this game. Tickets will go on sale for them in early June, while the general public will have the opportunity to purchase tickets  in late June. FC Cincinnati will also be selling special packages featuring some USL games along with the Crystal Palace friendly. Berding mentioned that ticket prices will range from $10-$30 for general admission & designated seating.