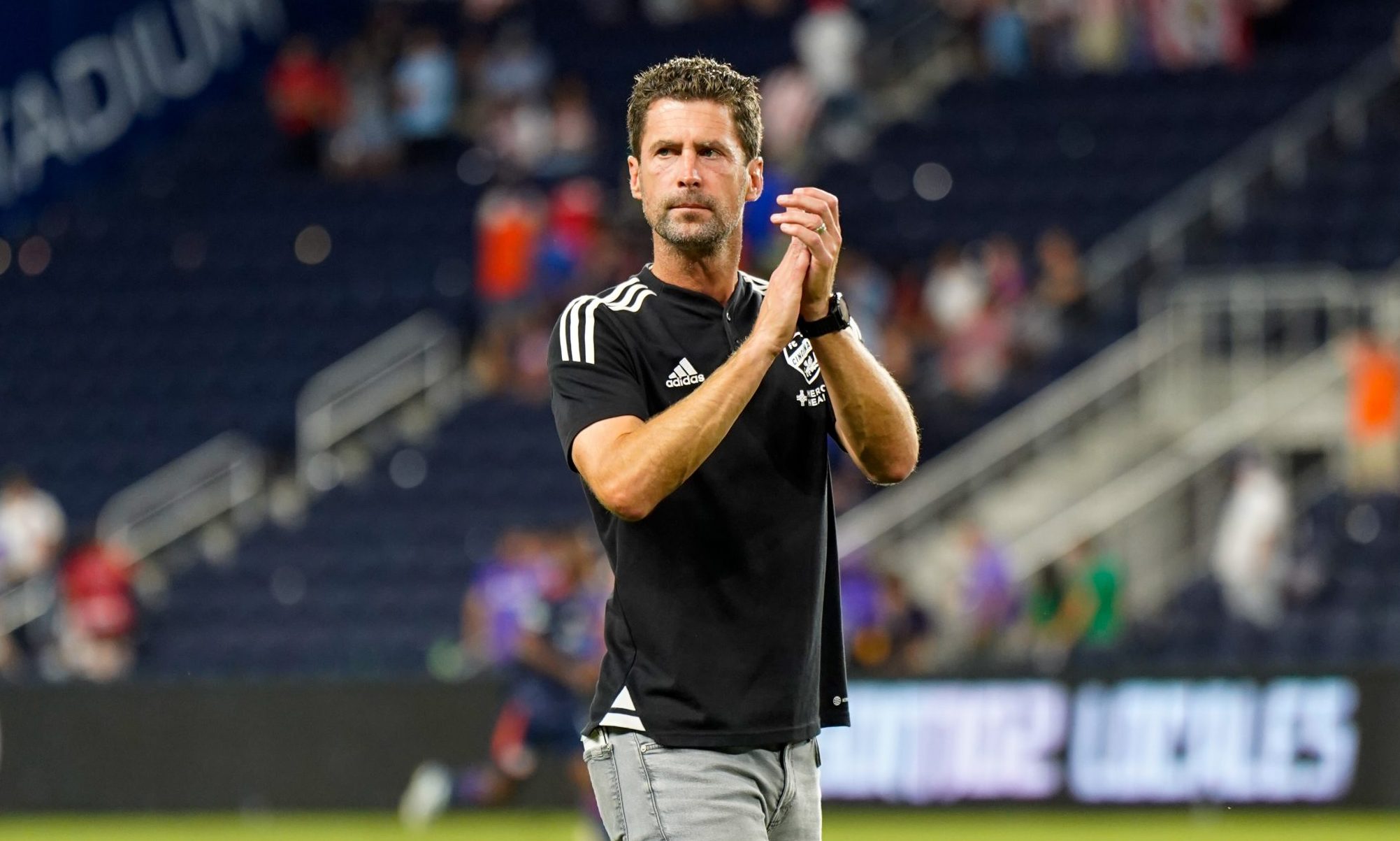 FC Cincinnati prepare for 2023 with a Florida preseason trip. We got the chance to ask Pat Noonan some early questions.

With just over a month away, you can nearly taste the 2023 MLS season. The FC Cincinnati squad is down in Clearwater, Florida preparing for the upcoming campaign. FCC looks forward to building off the 2022 success that saw them making the playoffs and having its first-ever playoff win. Today head coach Pat Noonan sat down with the media to discuss some of the questions surrounding the preseason.

It is no secret FC Cincinnati fans are worried about the 2023 defensive line. We have received many such concerns from fans on social media who are hoping for a little more. Understandably so with so many questions surrounding the position of center back. Where do we stand with our 2023 center backs heading into FCC’s preseason?

FC Cincinnati declined to pick up the option on veteran Geoff Cameron following this season. John Nelson, who occasionally took up a stand-in center back role, was selected by St. Louis City SC in the 2022 MLS expansion draft. Before the preseason camp, we discovered that Matt Miazga underwent surgery on an entrapped nerve in his hip. Miazga is expected to recover and rejoin the team during the preseason camp.

With a shallow center back depth chart, how will this affect FC Cincinnati’s ability to play the three center-back set we so often saw last season? Does FCC move to a traditional two center-back formation?

For these questions, Pat Noonan had this to say, “We’ll evaluate where we’re at in terms of healthy bodies. Obviously, there was a lot of familiarity in the back three (last season). It’s going to be ‘what’s our strongest group?’. Whether it’s a back three or back two we’ll look at those options as we move forward. We’ve trained both throughout the preseason. Moving forward, it will be what’s our best formation or best team to field week in and week out.”

No clear-cut solutions yet but it is unlikely Noonan will tip his hand this early on new additions. He also must prepare whichever squad the front office provides him. That being said, FCC has financial assets and roster spots available still.

FC Cincinnati is trialing the Colombian left back Santiago Arias, who is currently out of contract with Atletico Madrid. Arias was added to the preseason roster list even though he has not signed with the club. All indications point to Arias signing before the preseason concludes.

“He’s been excellent with the group,” Pat had to say about Arias. “You can see his qualities as a player. He had been off for quite some time. But he integrated himself very well a very good. At the moment, we’re just happy to have him with the group.”

On January 18th, the United States Men’s National Team called up goalkeeper Roman Celentano and forward Brandon Vazquez. This is both players’ first call up for the senior US team. Both players reported in with the USMNT on January 21st and will miss a chunk of the FC Cincinnati preseason.

These are obviously big pieces of FCC’s roster. When asked about how their absence will affect the preseason camp, Pat Noonan didn’t seem phased. “Not disruptive at all. These situations come up every year for teams. It’s a great opportunity and well-deserved for both Brandon and Roman and we hope camp goes well for them. When they come back though, they’ll be integrated back into a group in a way where it won’t be a distraction. Having come off a national team camp, you hope they come in with even more confidence than when they left. I think they’re their teammates, myself and the coaching staff is excited for them in their opportunity.”

Pat has had recent experience with Ronald Matarrita coming and going with Costa Rica’s camps last year. Even with the Philadelphia Union, he experienced starting MLS preseason without USMNT midfielder Brenden Aaronson in 2020.

When asked about how the USMNT camp will affect his club return in a press conference on Monday, Brandon Vazquez said, “Camps like this personally give me confidence. Going back to Cincinnati after this it’ll be like I never left. I’m really close to everybody back in Cincinnati and the team. I think everybody will be excited to have me back.”

“We have a collective group that’s strong and can improve on what we did last year and finds ways to be successful. You’re always working on things that’s what pre-season is for. To revisit some of the old ideas and objectives. Then try new things and evaluate where individuals are at, where our Collective group is at and make sure we’re moving in the right direction.”

FC Cincinnati starts off preseason games with Austin FC this Friday, January 27. Stay tuned to Cincinnati Soccer Talk for all updates from the preseason.