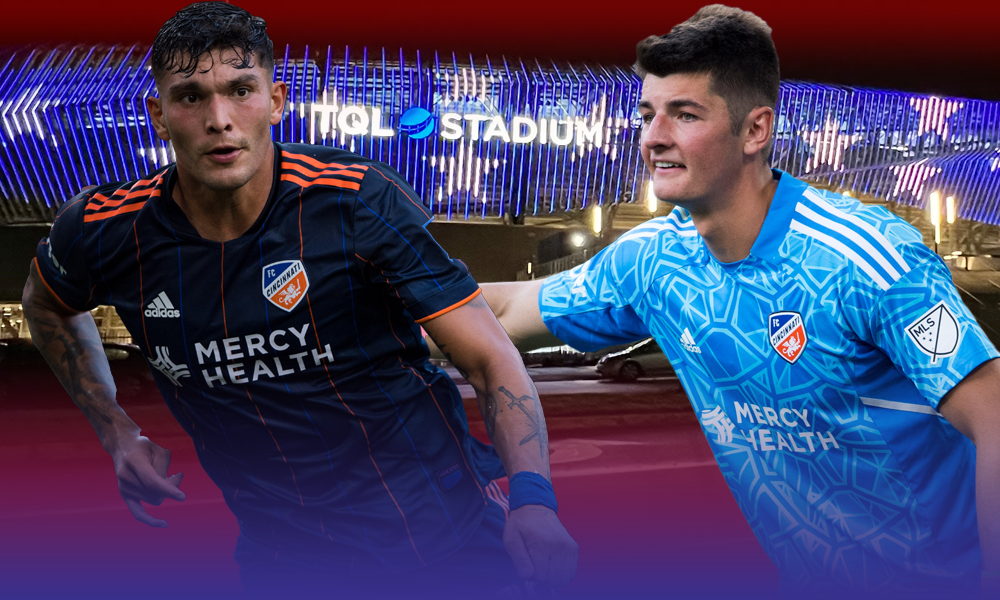 Two members of FC Cincinnati will join the US Men’s National Team for the first camp of the 2026 cycle in preparations toward hosting the FIFA Men’s World Cup.

On Wednesday, MLS all-star forward Brandon Vazquez and FCC goalkeeper Roman Celentano were named to the 24-man squad who will travel to Southern California for the US federation’s annual January camp. This marks both players first senior team selection and the first  appearance for Vazquez in the stars and stripes since a U-23 camp in 2019.

These call-ups mark the third and fourth in club history following former players Greg Garza and Frankie Amaya, both of which were unable to feature in their respective matches.

The US will face Serbia on Wednesday, Jan. 25 at Banc of California Stadium in Los Angeles (10 p.m. ET) and South American side Colombia on Saturday, Jan. 28 at Dignity Health Sports Park in Carson, Calif. (7:30 p.m. ET).

US assistant coach Anthony Hudson will lead the camp with world cup assistant B.J. Callaghan and Under-20 Men’s Youth National Team head coach Mikey Varas. Former head coach Gregg Berhalter is without a contract at the moment and is also dealing with an incident involving domestic abuse accusations from the family of US player Gio Reyna.

Vazquez, a dual-national, has featured for the US youth national team on many occasions including during the 2015 FIFA U-17 World Cup. That team featured US captain Tyler Adams, Chelsea attacker Christian Pulisic and former FCC players Tommy McCabe and Johnny Nelson.

It was speculated the Mexico could be in the running for Vazquez’s services, however reports surfaced this week that the Mexican football federation had yet to reach out to the forward.

Vazquez will be a headliner in this camp as the US look for more options at forward. Haji Wright and Josh Sargent struggled at the FIFA World Cup while Jesus Ferreira, also in the January camp, did not make an appearance. Other forward options not called into camp due to club action include Daryl Dike (West Brom), Jordan Pefok (Union Berlin) and Ricardo Pepi (FC Groningen).

In what was a surprise selection to most, Celentano will join new Chelsea starlet Gaga Slonina and World Cup veteran Sean Johnson in the camps goalkeeping corps. This selection marks Celentano’s first US appearance at any age group and could help gain Celentano more attention abroad.

Celentano was selected with FCC’s first pick in the 2022 SuperDraft and was expected to get playing time with FCC2 last season. An injury to then-starter Alec Kann, followed by many top-class performances, Celentano is now known as one of the leagues top young goalkeeping prospects.

Traditionally, the US’s January camp is for domestic talent or to get an extended look at younger talent. Notable players like Pulisic and Adams will be in the middle of their club campaigns, allowing new players to be given an opportunity vs. international talent.

It would be expected that Vazquez will be given significant playing time due to a lack of center forwards in camp. While it is possible for Celentano to make an appearance, having keepers with more US service and previous precedent likely leave him off the field for his first camp.

Should Vazquez or Celentano appear, it will mark the first CAP for an active FC Cincinnati player.

If the players impress Hudson and the USSF staff, there will be plenty of opportunities ahead this year. The US have a Concacaf Nations League group match vs. Honduras in March and the semi-final and final in June should they advance. They will also have additional opportunities to play including at this Summer’s Concacaf Gold Cup that will run from June 24nd to July 16th.

Download our special episode with Roman Celentano from September 2022