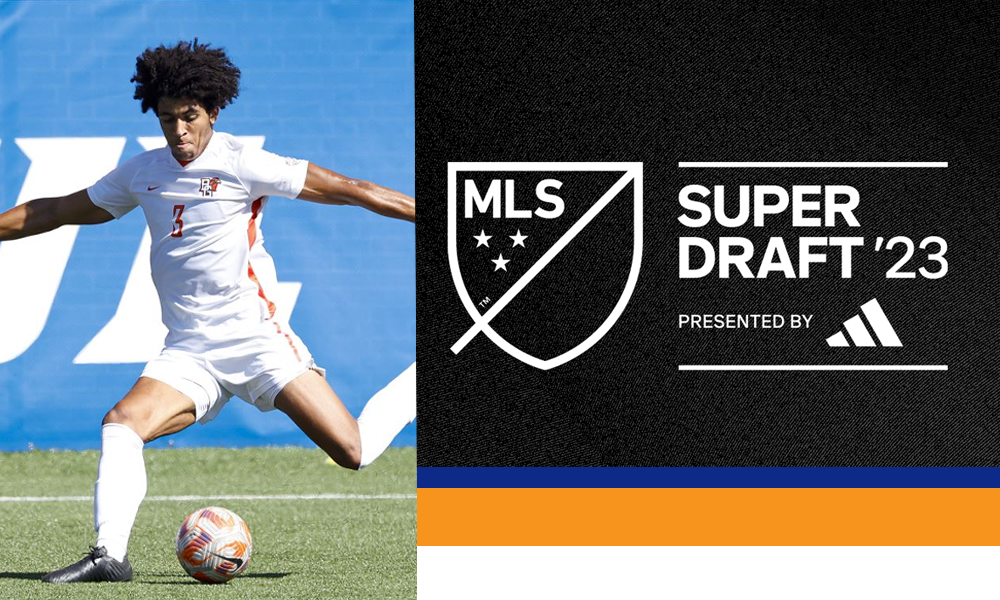 The hype around the 2023 MLS SuperDraft was a bit muted for FC Cincinnati and its supporters. With FCC having made the playoffs and winning it’s first-ever playoff match vs. the New York Red Bulls, the Orange & Blue stood to pick 22nd in the annual draft of college graduates and undergraduates who qualify for Generation Adidas program status.

Traditionally held in January, the “2023” version of the SuperDraft was brought forward in the league calendar for a holiday-season selection. In what was a bit of a surprise, St. Louis City SC traded their first pick to Charlotte FC for $400,000 in General Allocation Money. The theme for the evening seemed to be trades as 12 of the first 13 picks swapped hands for one reason or another.

With the 22nd spot, FC Cincinnati would likely have thought all of their premier targets would have been selected. However, Bowling Green State University junior and Generation Adidas signee Joey Akpunonu still remained on the board for Chris Albright and FC Cincy.

As a refresher, MLS signs a select group of the best collegiate underclassmen and young national team players every year to Generation Adidas contracts. These contracts are advantageous for players as they earn more than the league minimum contracts.

Generation Adidas players are also not counted against an MLS team’s annual salary budget and occupy a supplemental roster spot. Former GA pick Calvin Harris was traded to the Colorado Rapids on Wednesday opening up the potential for this type of addition.

The newest center-back for Cincinnati, Akpunonu, was a stand-out undergrad who impressed at the 2022 Adidas MLS College Showcase. Standing at 6’3″, Akpunonu fits a great profile for an MLS center-back who might compete for time in 2023 without another standout CB signed next to Matt Miazga.

The Toledo, Ohio native started all of the matches he played over the past 2 seasons at BGSU, including 20 in 2021 and 16 this season. He jumped on the radar in 2021 when he helped the Falcons advance to the second round of the NCAA tournament. An All-MAC selection in 2022, Akpunonu scored 6 goals and finished as an Academic All-American.

As previously mentioned, Albright and his scouting team will likely view this as a “steal” with many prognosticators viewing Akpunonu as one of the top three to five center backs in the draft. In the last mock draft, Top Drawer Soccer’s Travis Clark had him going 7th overall before all of the trades Wednesday night.

With the 51st selection, FCC added to their goalkeeper union by drafting graduate-student Hunter Morse of Western Michigan University. Morse faced BGSU and Akpunonu twice this past season, shutting out the Falcons on both occasions. The Michigan native began his college career with Michigan State where he played in 28 matches over three seasons.

In his lone season at WMU, he compiled a stellar 0.47 goals against average with a 0.884 save percentage. Morse helped WMU reach the Elite 8 of the NCAA men’s soccer championship, standing tall in a 2-1 win over Louisville and a shutout victory vs. Lipscomb. The 2022 MAC co-goalkeeper of the year also saved a penalty in their final 1-0 defeat to Portland.

With the 80th pick of the draft, FCC selected London Aghedo of the Air Force Academy. This is a VALUE pick if I have ever seen one. The 2022 WAC defensive player of the year was rated as one of the top college senior center backs. Aghedo was a large reason Air Force clinched the top seed in the WAC conference tournament and a 1.31 goals allowed per game for the season.

Aghedo was predicted as a top-20 pick in the draft by Clark, but may potentially have some service commitments before his future in MLS can begin. Legislation passed Tuesday could clear Aghedo for play but it remains to be seen if he will have to wait for the two year service in some cases.

While FCC might be limited in its supplemental roster spots for 2023 with several homegrowns, GA and former draft picks under contract, the new MLS Next Pro season could be an option for this draft class. The 2022 season was a failure for FCC2, but with several highly touted prospects selected, the future continues to look bright for Albright and co.